All the Marvel fans came out to Hollywood this week for an appearance by Thor himself, Chris Hemsworth.

Now, as you all know, I love me some Thor, sadly the flaxen haired God of Thunder isn’t as cool as he used to be. Perhaps the con circuit has changed his disposition a little?

Scotty was on the scene before me and our spot was right at the end of the barricade set up.

So, in perspective about 35 people back… Maybe.

Behind us were about 80-90 more people. So, it was a nice sized line. No one was worried, many fans said, “Well, if Chris Hemsworth comes over, he’ll do the line, he’s nice.”

Time ticked out and the sun began to set.

Then, Security came over which is a good sign and Chris Hemsworth sauntered over. 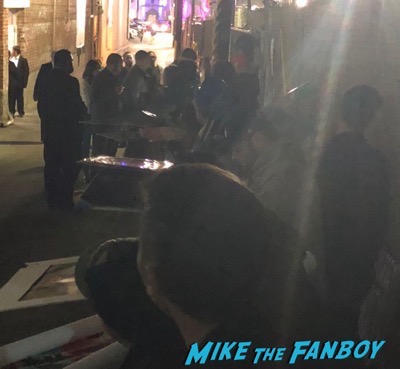 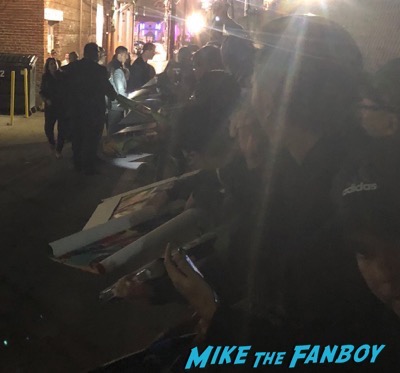 He signed for about 15 people maybe and then his publicist said, “Okay we’re going.” 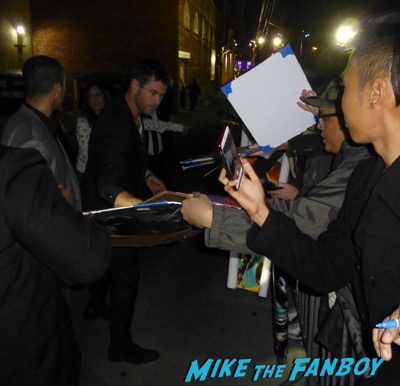 And he just turned and walked off.

I have to tell you, for the amount of people that got dissed, it would have been better had he not come over at all. I know some people got him, (BTW, the worst autographs I’ve ever seen from him, yikes. I should have taken a photo.) but to have 100 people seeing him sign and then bolt.

It was pretty shitty.

Try and be excellent to each other…