Last night, one of my favorites was doing a talk show. This is Ms. Lena Headey. Not only Game of Thrones, but 300 and don’t flame me, but I loved Sarah Connor Chronicles.

So, she was on a talk show with Chris Pine, so since Captain Kirk and Sarah Connor were out together I figure, why not go right?

Apparently so did 75 other people. Doh.

I met up with Scotty and we headed down.

Now, When they both arrived nothing happened so we waited. 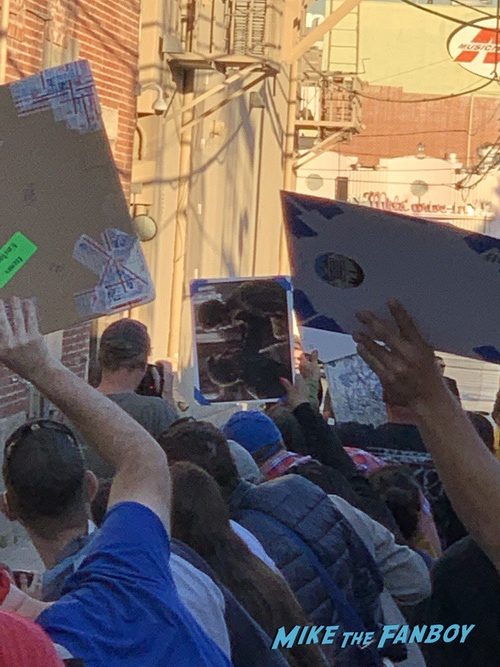 I saw Alex, and Ryan and we all talked. In the stinky ally, which sucked.

When Lena left, she waved and bolted for the door. So many people ran around to try and see if she would roll down.

Then Chris Pine left and did a wave as well.