Anyway, I think it’s funny that someone can have a success at an event and a similar event pops up and it’s a fail. It just proves you just never know.

I went to a screening and q and a for Little Women with Gretta Gerwig and Saoirse Ronan.

Now, if you recall, JM went to a similar screening and was able to get both of them to sign.

Scotty, Lisa-Lisa and I went to a screening of Little Women… WITH A RECEPTION that was supposed to have the cast present.

Now, the film was good. I honestly don’t love the story, but this was a nice modern take which I liked a lot. 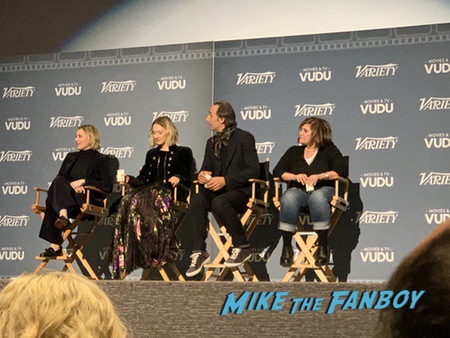 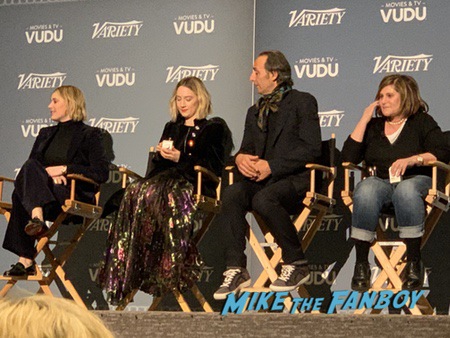 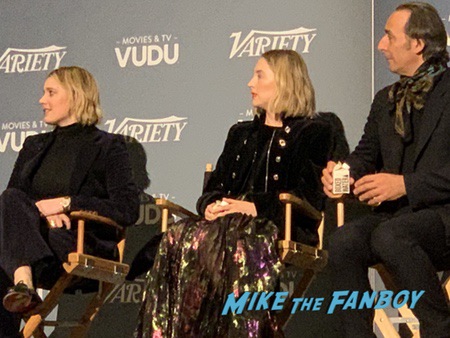 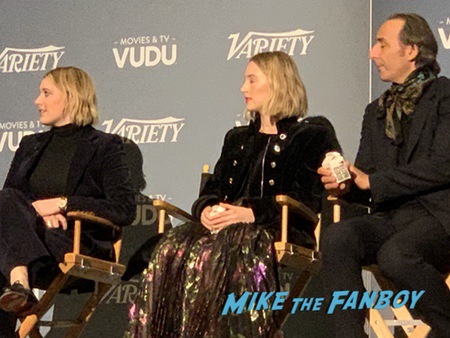 The q and a was also good. Saoirse Ronan is so adorable onstage, and Gretta just has a way of describing her films in majestic terms. 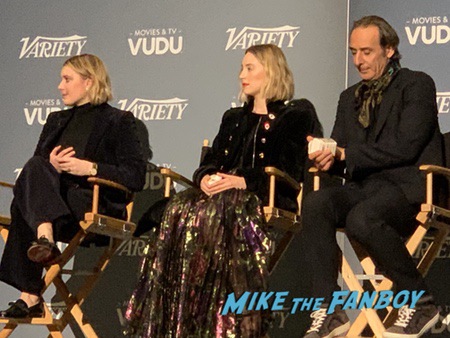 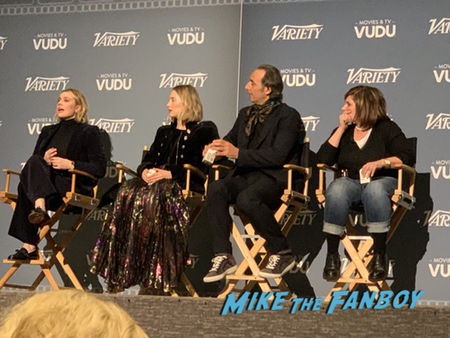 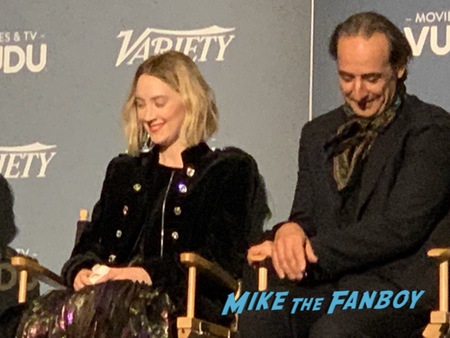 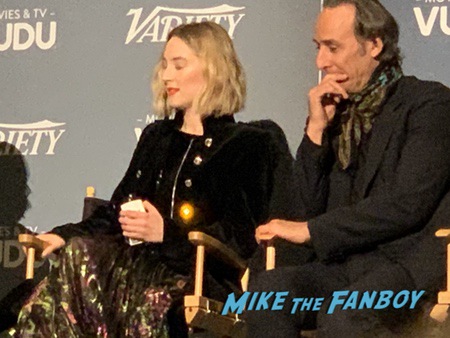 When the event was over, Saoirse Ronan bolted off stage.

Gretta came to the party, Saoirse Ronan did not.

So, it just goes to show, you never know!

Until next time kids…..