It’s kind of a half Fanboy Fail Friday to be honest… So last night Scotty and I headed out to the opening night of the Mary Louise Parker play Heisenberg.

As you all know, Weeds is one of my favorite shows of all time and I thought there might be a carpet or we would show up early to hit the stage door.

Well, We did get there early but was informed by Pasadena Mike that they never saw Mary Louise Parker go in or out. Doh!

We had about an hour to wait before the play started, I’m actually going to see the play once Comic Con is over, so I’m really excited to be able to see Mary Louise Parker live on stage.

We spotted some special guests from Weeds, Kevin Nealon, Justin Kirk, Guillermo Díaz, they were all hanging out.

Then I saw Andy Milder who played Elizabeth Perkins husband then ex-husband Dean  on Weeds. That was pretty cool because I really needed Andy and Alexander Gould to finish my insane cast poster that I’ve been working on forever. 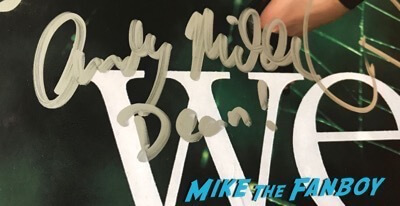 He was super nice and I was stoked to meet him. 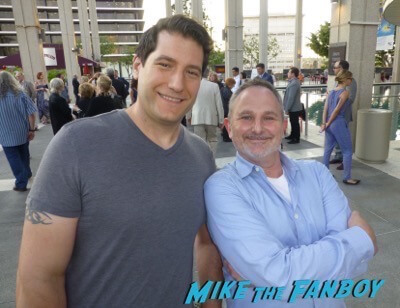 Then I saw Armin Shimerman who played Buffy’s principal for seasons two and three. Again, he was super cool. I can hear him say… Ms. Summers… 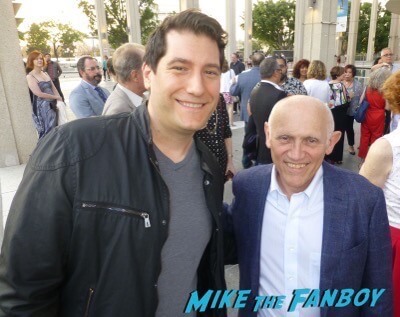 So, even though we never saw Mary Louise Parker, two of my favorite shows of all time collided with Weeds and Buffy in one night. That’s pretty awesome.

And can I just tell you, Andy Milder is so fucking funny on Weeds, he really added so much to the series. If you haven’t checked Weeds out and are living under a rock, I suggest doing so. 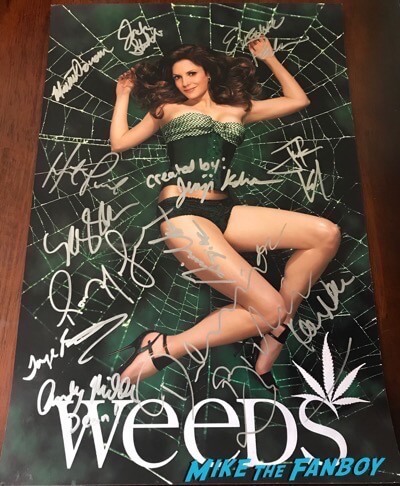