When I hear something like, “I went to the west end…” I just think, God that would be a fun thing to say, “Billy, last night I went to the west end to meet Neville Longbottom and Maggie Smith.” Here in LA, It’s like, “Yeah, I have to get to Hollywood, traffic sucks and I don’t know where to park.” LOL… I think everything sounds better in a British accent!

Daniel, did indeed head over to the West End to meet a few folks! Matthew Lewis from Harry Potter, Arthur Darvill from Doctor Who and Laurence Fox from Lewis. I know Erica has made the trip to the West End once or twice and now it’s definitely on my places to visit. Who doesn’t love a polite autographing place… Well… Hopefully polite… LOL…

Check out Daniel’s latest slice of awesome after the jump! I can practically hear the Harry Potter theme playing in the background!

Hi guys, thought it would be a good idea to write a report about my recent trip to the west end (a UK equivalent of Broadway in the US). I decided that I would head to The Duchess Theatre, on the Strand in London, in order to meet Matthew Lewis (you all must know him as Neville Longbottom!), Arthur Darvill (Some of you might know him as Rory Williams in Doctor Who) and Laurence Fox (who has a role in Lewis but isn’t too famous over here, married to Billie Piper I believe). I have heard good things about Matthew Lewis in the past, so I thought why not go along?

Firstly, I decide that I go and try in-between shows (which are called a matinee), the first show starts at 2.45pm and ends at around 5pm, so I decide to get there at around 4.45pm as the actors of the show normally come out for something to eat/drink before the 7.45pm show in the evening. The show is called Our Boys, for those who might be interested!

4.45pm- I love this theatre, one of the best theatres in London, only one stage door, nobody can sneak out or hide from the public, lovely stuff!

5pm- The show is just clearing out of people, not too long to wait now, exciting times!

5.10pm- Stage door is opening, ooh who is I wonder, its Laurence Fox! Laurence comes out happily talking to everyone and I get two photos signed from Lewis plus a photo with!

Not a bad start, this should be a good day!

There must be around 20-30 people here and Laurence makes sure he signs for everyone and has pictures with everyone who asks, he seems very fan friendly! 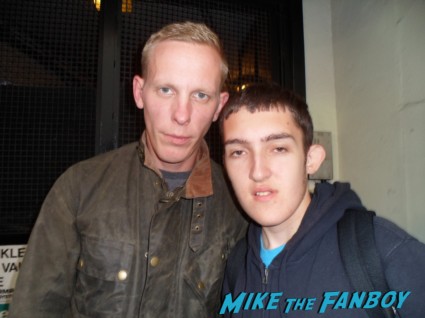 5.15pm- Stage door is opening again, wonder who it can be this time? ooh its Arthur Darvill! Arthur Darvill seems in good spirits two, happily chatting away with everyone and signing autographs, posing for photos. 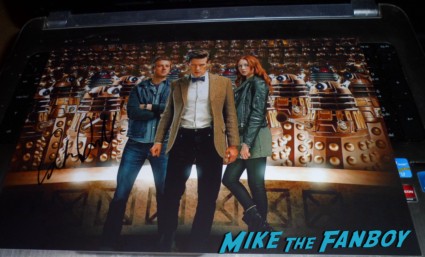 I manage to get two photos signed and a picture with Arthur (I looked stoned in this picture lol, blinked at the wrong time!). 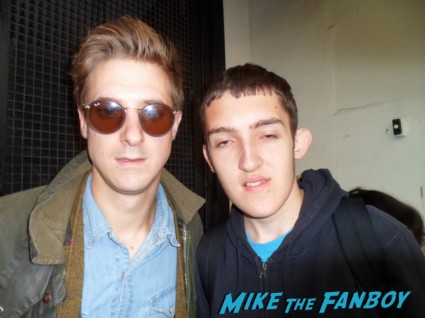 This is going better than I expected, only Matthew left to come out, surely he can make it a perfect 3? 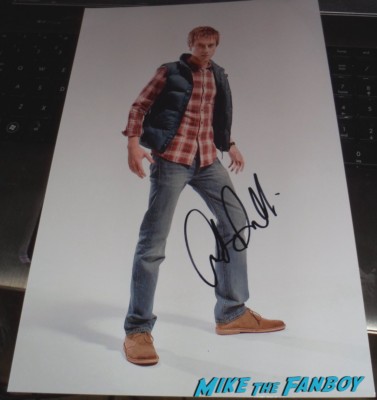 5.20pm- Stage door opens for the final time and its MATTHEW LEWIS! NEVILLE!!!!! I have to say that Matthew looks a lot grown up and better looking that he did as Neville in the HP films lol. Matthew is very kind and signs three photos for me and poses for a picture with. 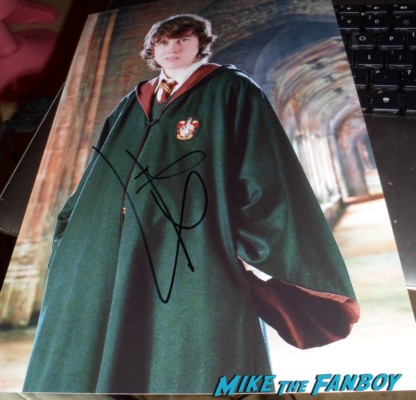 He signs for everyone who is waiting and has pictures with them, perfect! Today has been complete perfect! 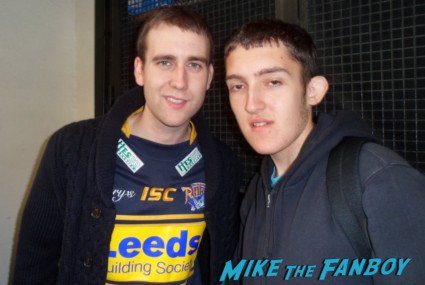 Until next time guys….