As a kid, I loved breakfast cereal as much for their sugar-infused “part of a nutritious breakfast” as I did for the prizes they contained. I’m still convinced that kids cereal has always been way more about packaging and marketing than the contents of the box. Even if I didn’t want to actually eat Cocoa Puffs or Sugar Frosted Flakes, I loved the animated commercials for them.

Sometime after the start of the new millennium (I believe it was 2003), I was asked to loan a couple of pieces from my collection to a museum exhibit of cartoon cel art in Fullerton, CA, which also included a special appearance by the voice of Tony the Tiger (“They’re Grrrreat”), Thurl Ravenscroft, who lived in the area. Not too long after, I was working on a show for Animal Planet, and has the joy of meeting another icon of cereal commercials, voice and character actor Chuck McCann, who voiced Sonny the Cuckoo Bird. That meeting resulted in a signed box of Cocoa Puffs for my collection. The cereal boxes were each current to the time I met the voice-over icons, but I find it interesting that they dropped the “Sugar” off of what always was “Sugar Frosted Flakes” and noted “Reduced Sugar” of the Cocoa Puffs, which as more apropos of the marketing in recent years than the forever-ago I came from. 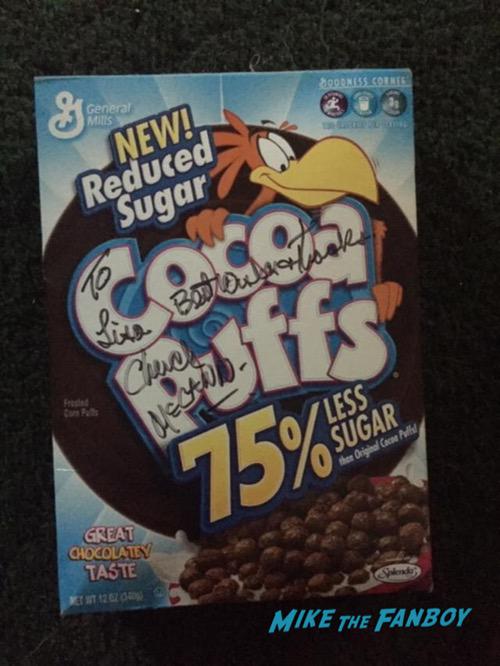 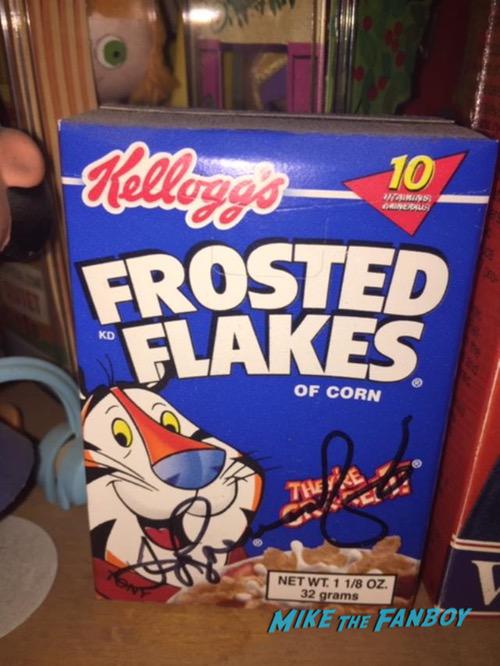