This week none other than Christina Aguilera was doing a rare talk show appearance.

It was so last minute, there were only a few people there. Now, I love Xtina and grabbed my Rolling Stone magazines and ran down.

Once I arrived, I got word she was already in. So, now we wait.

Bill Hader was on the show as well.

He got there and bolted inside.

Also on the show was some random girl that Paul really wanted. I’ve never heard of her, or even remember her name. But Paul tried had to get her. Sadly… She said no. 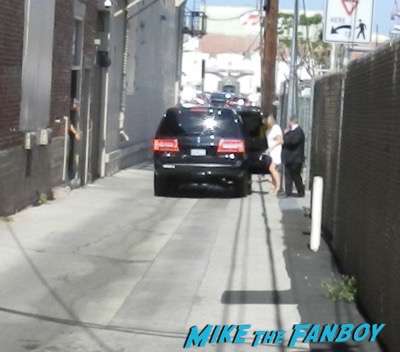 It was hot, it was sticky, and I was cranky. Ah well…

Bill Hader left and didn’t wave or acknowledge anyone. Doh! 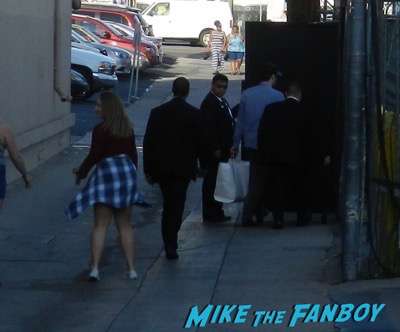 Keep in mind, there were only seven people here.

Christina Aguilera had the car pull up to the door. I still thought, because to be honest, she’s generally so nice to the fans, that she might roll down on the way out. 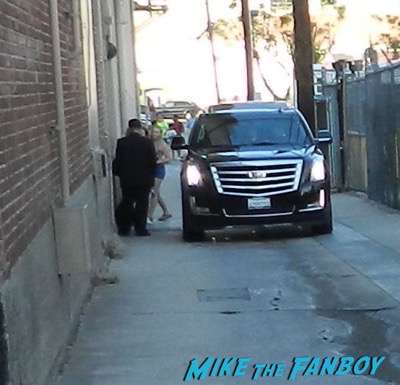 Well… The car then took a turn inside the parking lot and was gone.

With the benefit of the doubt, I know Christina Grimmie’s sad death I’m sure played a part in a lot of her desiccation to not meet fans. I can only imagine how that would affect someone wanting to talk or interact with fans. I didn’t put two and two together until I was already here.

Oh well… hopefully, all this will pass with time.