Now, every time I’ve told this story, over the past week especially, I’ve gotten the same look… You’re kidding?

Matt Damon had a q and a last week for Manchester by the Sea. He’s a producer on the film and it was with one of the rare guild’s I’m not a part of.

So, since the venue was accessible I decided to go outside. Now, There were only three of us waiting… Three….

Gaston even had a one sheet that was boarded, so it was a giant poster.

So we waited for the way out.

In the meantime a woman who looked like Sally Struthers alcoholic sister kept running around in the middle of the street looking for someone named David. “Where’s David?!” she shouted over and over throwing up her hands in disbelief. 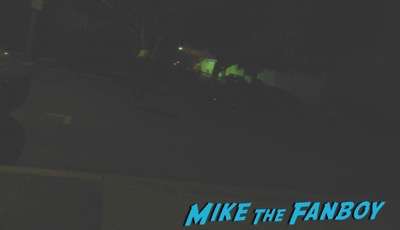 I told Gaston we should help her find David and forget about Matt Damon. I mean David was now the priority.

Matt Damon left, wouldn’t look over at us, and then when he drove right by us… He did a fake phone call and turned his back to the window on the driver’s side of the door. Yep, he was even in the front seat. 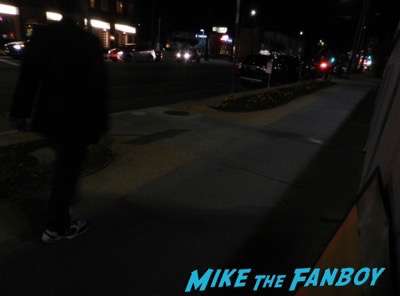 I mean you can’t miss a giant one sheet and my Bourne poster….

Matt Damon fail! It’s so interesting, at least with me, Matt Damon is so hit and miss. But when he’s nice he’s super awesome.

Everyone has their days…

Oh, and David was found. He was walking his dog and I think he urinated on someone bushes in the dark. I can’t say for sure, but it’s a hunch.