And since it’s Friday, that means it’s Fanboy Fail Friday!

Matthew McConaughey and Milla Jovovich were out and about at a talk show taping here in Los Angeles and I need Milla on all my Dazed and Confused posters as well as some Resident Evil posters as well.

And really, who can’t get Matthew McConaughey on some stuff right?

There were about 50 people lined up behind a barricade Pretty organized.

It was cold, damn cold. Like I had a shirt, a hoodie, a jacket and gloves on. All of us here in La La Land are not used to the Arctic Tundra, so we bundle up.

When Matthew McConaughey arrived he smiled and ducked inside. 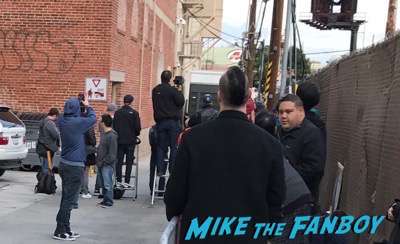 To be honest, I didn’t expect much. I know he’s not the worst celebrity out there but he’s not the best either.

I was really hoping that she would do it on the way in, but alas not the case.

I know Milla used to be really nice. However, I haven’t seen her in forever! 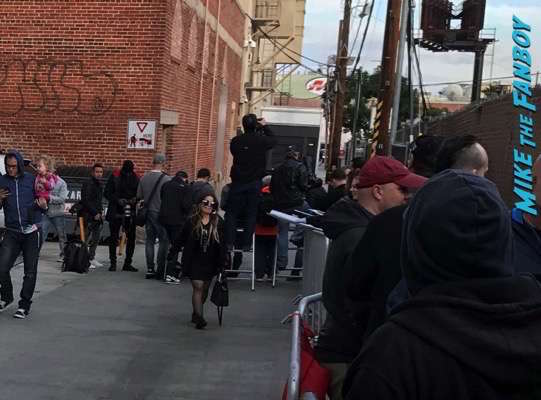 And now we wait… and Wait… AND WAIT.

Matthew McConaughey left and waved and bolted out. Sigh… One fail…

Milla took forever to leave, I mean she was the last one out of the building it seems. It was after seven o’clock! That’s a long time.

Sadly, we didn’t get much from her either. Someone said they thought she waved but who knows.

I heard that people chased down the car and she rolled down and signed a couple but I’m not certain.

Ah well… What can you do right?