I’m shocked and surprised when collector friends of mine say they’ve never seen or…*gasp* heard of Brian De Palma’s early classic, “Phantom of the Paradise. Truth be told, I’ve been obsessed with it since its exclusive opening at the National Theatre in Westwood Village in 1974. So obsessed, that I saw it (in theaters) more times than I can count before I wore out my soundtrack album with endless needle-drops…before the ‘70s ended.

Four decades after my obsession began, I was able to attend a special 40th Anniversary screening at the Cinerama Dome that reunited much of the cast of the film. I jumped a the chance to attend the VIP pre-party, where I got my original LP cover signed by Swan, (Paul Williams), Phoenix (Jessica Harper), Beef (Gerrit Graham) and tow Juicy Fruits/Beach Bums/Undead members (Jeffrey Comanor and Peter Ebling aka Harold Oblong). One of the fan-girl-swoon highlights of the night was sitting with Gerrit Graham after the screening, helping him with the post-show crowd autograph crush. 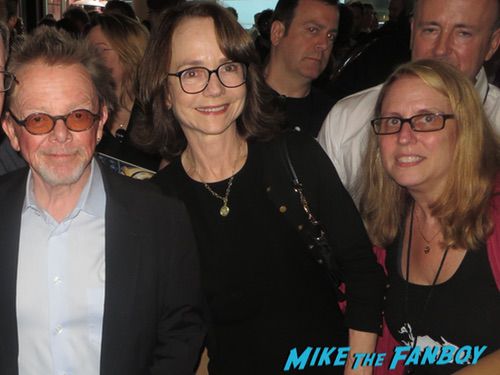 The LP is now framed and hanging in my “hall of memories” along with the personalized, hand-written lyrics to Phoenix’s ballad “Old Souls” that I got from Paul Williams a couple months later at a charity auction. Old souls last forever, and so do good fan-girl memories. 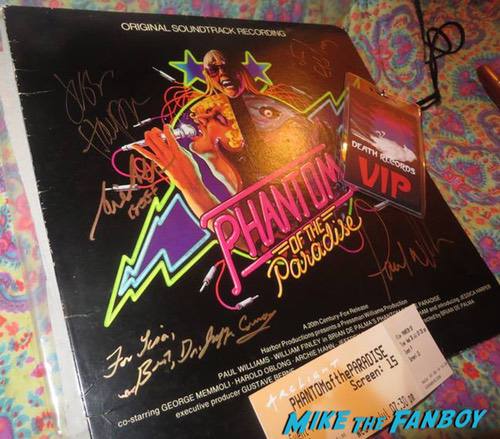