Would you believe that 50 years ago today (from my writing this), the very last episode of “Get Smart” rain prime time on CBS? The comedic spy spoof was originally created by Mel Brooks and Buck Henry as a parody of “The Man From Uncle,” which ended after four seasons in 1968. Get Smart lasted five seasons, ending on May 15, 1970, proving comedy beats drama every time… at least where TV is concerned.
As part of a gig I had for TV Land back when the network was fairly new, I worked at the annual “up fronts” announcing new programming and was assigned to the green room with the Viacom talent that they were bringing on stage to do panels about their shows. This particular event was held at the Four Seasons Hotel in Pasadena, CA, and I was in a room with several celebrities, including the Ozzie Osbourne and family, who were there to present their new reality show for affiliate MTV, “The Osbornes.”
Since I was entertaining the TV Land group, I was careful not to overstep my boundaries and do anything more than talk to the talent, but I was in charge of escorting Get Smart star Barbra Feldon (aka Agent 99) and the show’s co-creator, Buck Henry, so I was able to get photos with each of them while   Maxwell Smart himself, Don Addams, was being interviewed on a rotation with various media sources.  Missed him by THAT much… but in exchange, I was able to spend some quality time with my other charge for the day, Tony Randall, who regaled me with stories and even serenaded me on the hotel’s piano as we waited for his panel for “The Odd Couple” to begin. i even got to ask him a few questions about his forgotten but brave 1981-3 sitcom, “Love Sidney,” which he was very proud of. (For those who missed it, he played American television’s first gay central character).
No autographs that day, but I did get these three pictures and a whole lot of happy memories. 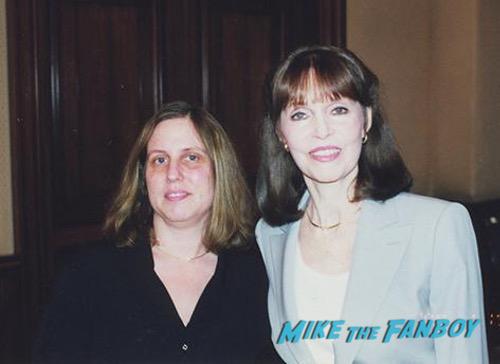 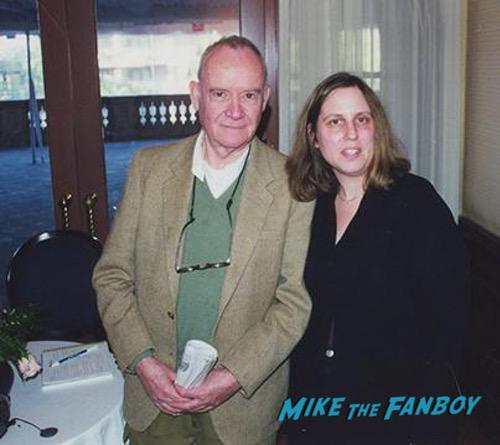 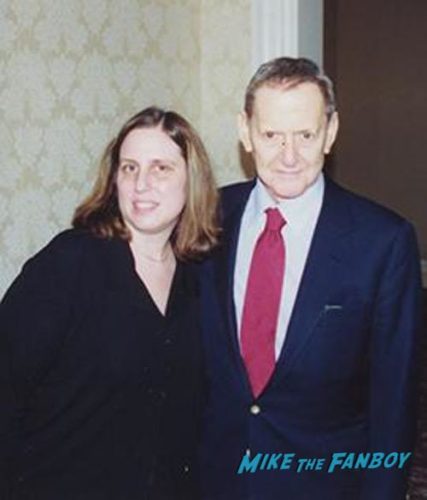