We are DEVO!
When trying to impress people with absurd stories, I like to trop out “did I ever tell you about the time I saw Devo naked?”  Yep, it’s true. It was forever ago, but it was one of the perks that came from working in the art department at Enigma Records in the mid ‘80s. Devo was signed to the label, and I was invited to the photo session for the LP cover at their studio in the Marina Del Rey area. Mark Mothersbaugh was a little nervous when I came in and said “oh I didn’t know there’d be any girls here” (or something like that) but Jerry Casale showed him up by jumping behind the giant red-lighted scrim and proudly asked “how does THIS look”? I must say, it was an impressive silhouette. The 5 band members posed stark naked, but strategically behind the scrim to create a g-rated shadow that became the back cover. They then put on their new matching outfits to take what would become the front cover of “Total Devo” in front of the scrim.
“Total Devo” is a perfect way to describe the next few months working on the LP and its promotion. Mark and Jerry came by the offices frequently, and after the album was released in May of 1988, I was tapped to chauffeur the band in a rented van to an in-store appearance at Tower Records in Westwood. I had them all sign the back cover that day, which i keep framed and hung on my living room wall. I also have a signed poster for Mark’s “Peek A Boo Room” art show that he held that June. I never got a photos with them, but I did get to share some Mojo potatoes with Mark at Shakey’s “Bunch O’ Lunch” in the forever ago, so I can’t complain. 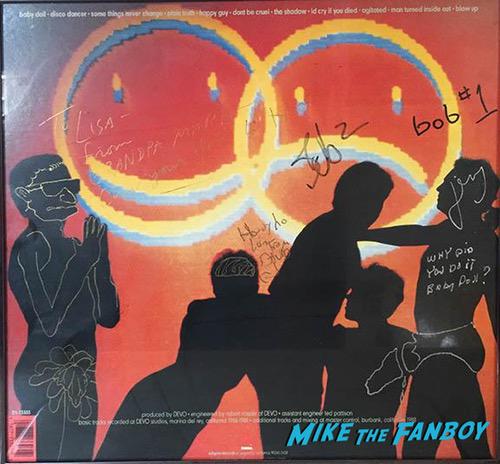 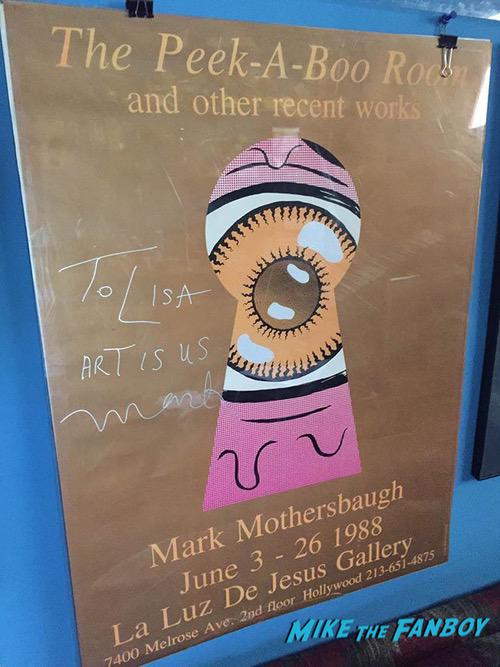 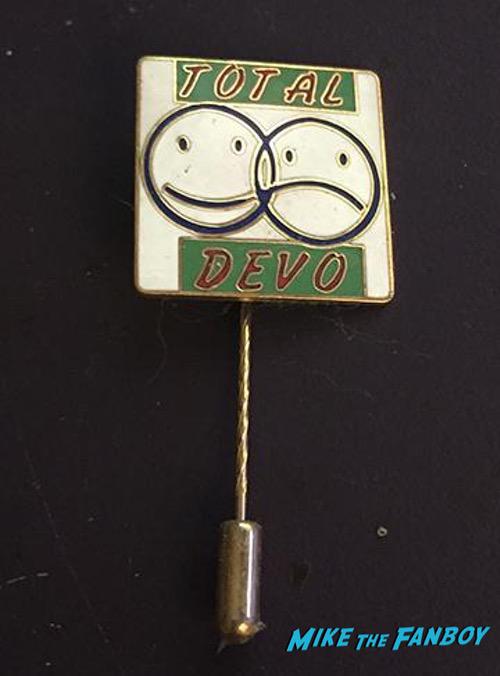