The original Fright Night is one of my favorite films of all time. It perfectly blended comedy and horror like no other film has since. So, when I heard that there was going to be a remake starring Toni Collette and Colin Farrell I was a little more than skeptical. When that film turned out to be pretty decent, I was happily surprised. And then a direct to DVD sequel was announced. 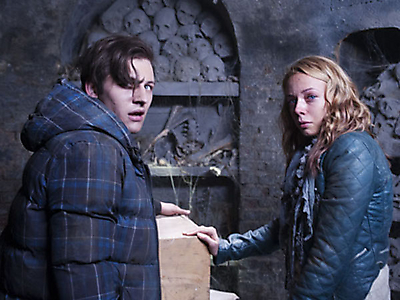 In this version Gerri Dandridge is a sexy college professor… by night. However, this professor has a dark mysterious secret… A secret that Charley Brewster unexpectedly finds out while on an academic trip to Romania. You see, Gerri is an ancient and mysterious vampire. Charley and his best friend, “Evil” Ed decide they have to stop Gerri from taking out all of their classmates and from finding the “new moon virgin” who will allow Gerri to walk in the daylight. 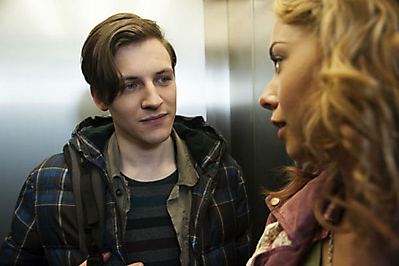 They seek out help from Peter Vincent, who is the host of a reality show called Fright Night. Peter doesn’t believe in all this vampire nonsense and has traveled the world fooling people thinking that creatures from the underworld could exist. When Gerri discovers that Charley’s girlfriend Amy is the “new moon virgin” she kidnaps Amy setting in motion the ritual that will allow Geri to walk free and reign damnation on the earth. 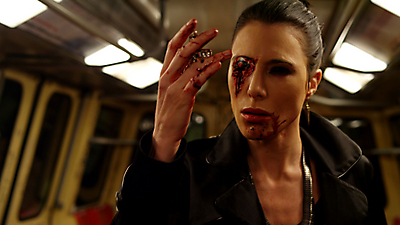 I never expect much from direct to DVD sequels but Fright Night 2: New Blood actually impressed me. While the plot is basically a beat by beat touch of the original, there were enough new elements to keep me interested. As the new Gerri Dandridge, Jaime Murray steals the show with her sexy take on the beloved vampire. She just oozes sexuality and I’m sure more than half the audience would be willing to stick out their necks for her. She sinks her teeth into every delicious line and really plays up the camp value without overselling it. 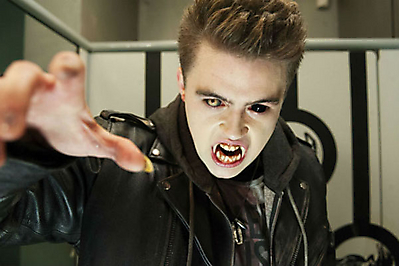 The rest of the cast is good, Chris Waller as “Evil” Ed brings some new life to the role and doesn’t just do a carbon copy of the original “Evil” Ed. This Ed doesn’t seem to be as much of a loner as in the original two and sacrifices himself to save his friends. I liked his take on the role. Will Payne and Sacha Parkinson are fine in the lead roles, although I kept waiting for Will Payne to bust out with a British accent. He was very careful with his line readings and says everything with careful studied attention.

The effects are actually top notch and way better than you would expect for a DVD sequel. In fact, there is one animated sequence that is so well done, it could have come out of a theatrical film. Using first person point of view was also very effective and helped suck in the audience. Nice!

Also, the sets are again very impressive and the final battle culminates in a fairly intense battle with a beautiful set piece. If you call a pool full of blood beautiful… Which I actually do.

All in all Fright Night 2: New Blood is well worth a look. It’s the perfect movie to have some friends over and have a great movie night.

Fright Night 2: New Blood is out now on blu-ray 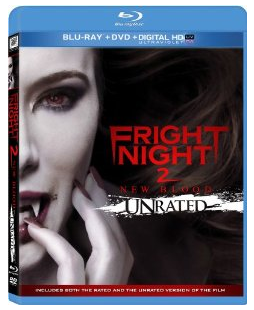