Home / Fanboying! / Hell Or High Water Premiere! Ben Foster Is Awesome! Jeff Bridges And Chris Pine Disses! And I Get The Shaft From The Guy Who Plays The Dad On Kimmy Schmidt… Yeah…

Hell or High Water had it’s premiere last night at the Arclight and while it was a small carpet the stars in the film, Chris Pine, Jeff Bridges and Ben Foster have done some amazing work.

I had to head out as I love me some Jeff Bridges and Chris Pine is Captain Kirk, although he’s been less than nice to fans lately. 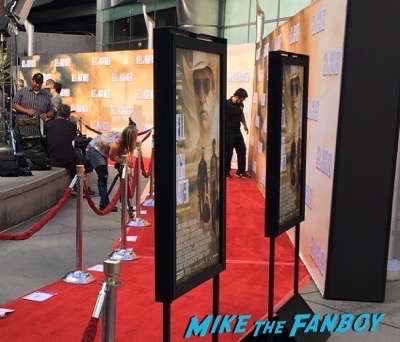 The fashion show of Hollywood was on full display as gym attire crossing our path was like a circus sideshow. I would like to share a tip with the word. Purple pants should not be worn by men. If you can see nipples through your skin tight shirt, perhaps it’s time to go up in size, spandex is never a good look even AT THE GYM, and finally.. FINALLY… Men… if you have to cut a shirts sleeves off and make the holes go down to your crotch, don’t tuck it in to ill fitting daisy duke jean shorts. No one wants to have sex with that regardless of sexual orientation.

I’m climbing off my soapbox. 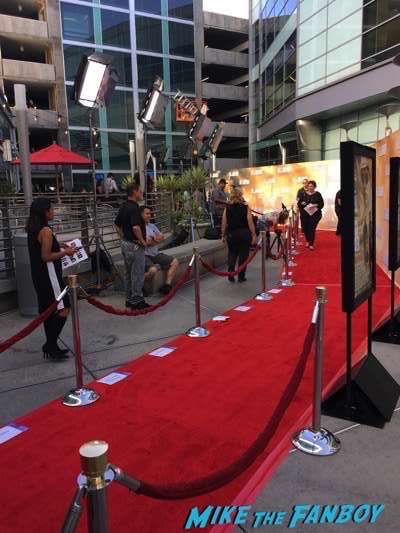 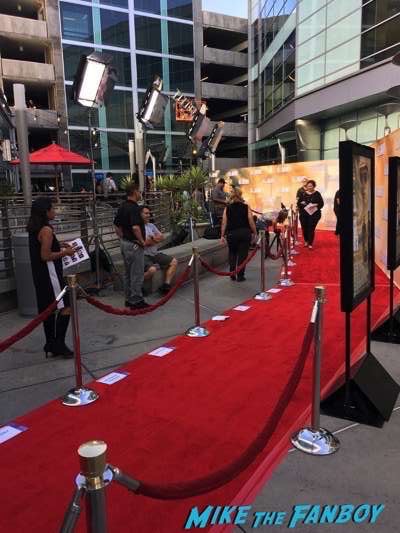 The first arrival in our day was Ben Foster who was hyper nice. He signed my X-Men The Last Stand mini poster. Finally I have the set completed! It looks great too. He was very nice and even called out some of the more the ass-holish people in the barricade. Ben Foster actually wrote “No!” on one photo. Love it! 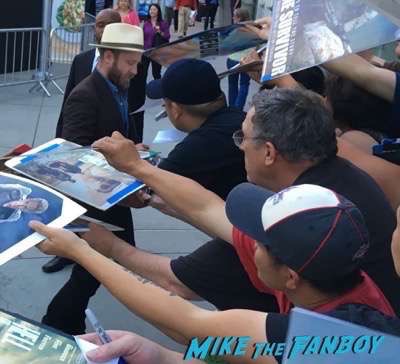 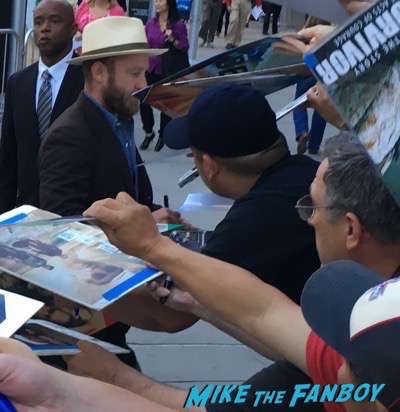 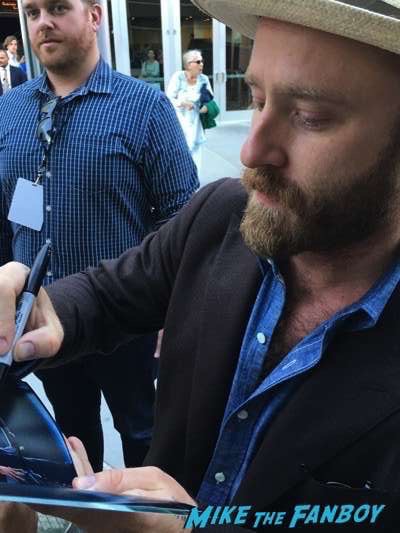 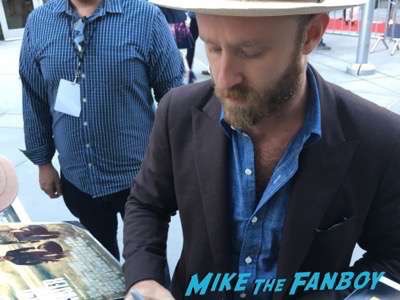 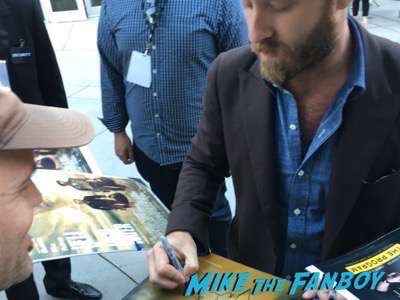 Chris Pine was on the carpet and pretty much ignored everyone. It looked like he bought his ensemble at a Tommy Bahama discount rack. Really Chris Pine? 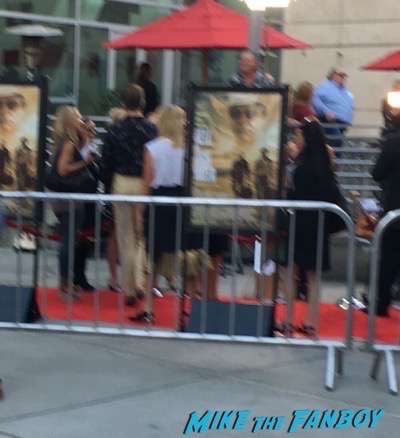 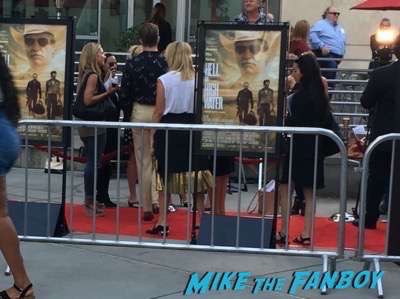 He walked by the fans a few times and pretty much ignored everyone. Thanks Chris Pine.

Emilio Rivera was there and came over to sign. He was really nice. Such a super guy. 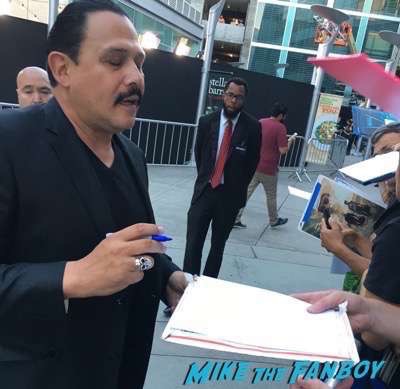 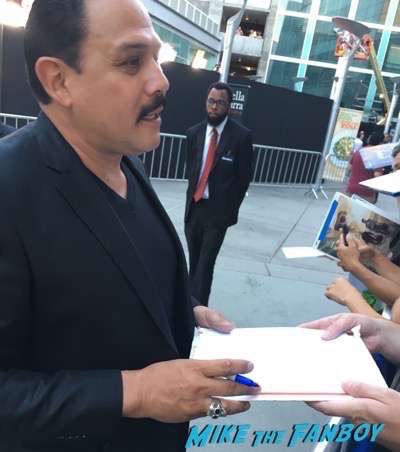 Danny Trejo was also on hand and came on over. He signed for a few seconds. 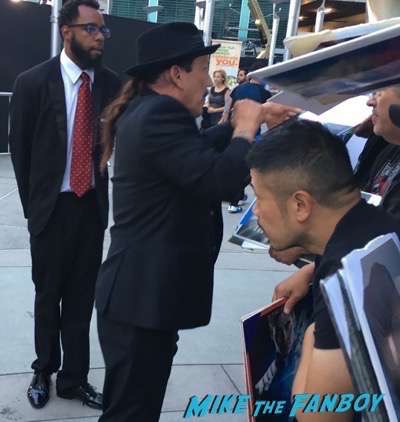 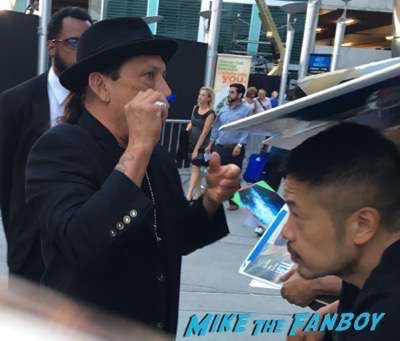 Gil Birmingham was also here, and you would have thought he was the second coming by the way he acted. I mean lord… You do five episodes of Kimmy Schmidt and you’re ego gets huge huh?

I love Kimmy Schmidt, so I was excited because you don’t see some of the smaller supporting people here in Los Angeles.

I asked him for a photo and he said, “I’m not doing photos today.” and then two people down another guy asked for a photo he said, “Sure.” I was like, did the random dad from Kimmy Schmidt just diss me… The answer is yes. That’s how this day is going.

Jeff Bridges, I barely even saw, he ran from the carpet inside. It was like a blur.

And that as we say is that kids… Hopefully better things next time right? 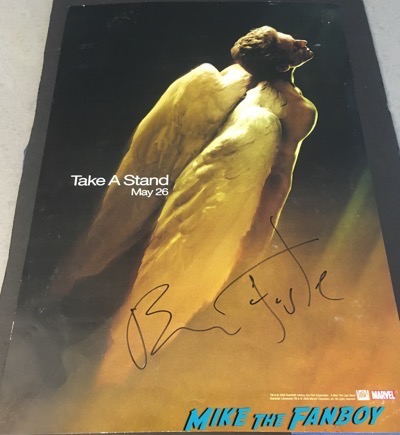