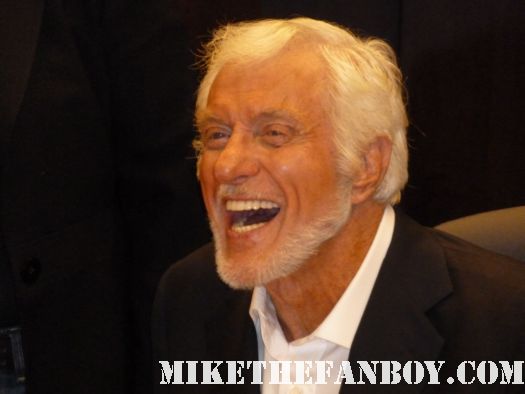 Personally, I have always wanted to meet Mr. Dick Van Dyke but sadly I’ve just never had the chance.

It has been a while since I have had time to write up a signing. My day job and going out to get signatures has kept me busy. On Tuesday, May 10, 2011, I made my way to Barnes and Noble at The Grove in Los Angeles to attend the Dick Van Dyke book signing. He has released a memoir entitled My Lucky Life In and Out of Show Business. I have been a big fan of Mr. Dick Van Dyke for a long time and was really looking forward to getting his signature. As usual with signings at Barnes and Noble, no other memorabilia was allowed. I got one of the last wristbands available and waited for my wristband’s letter to be called for my place in line. 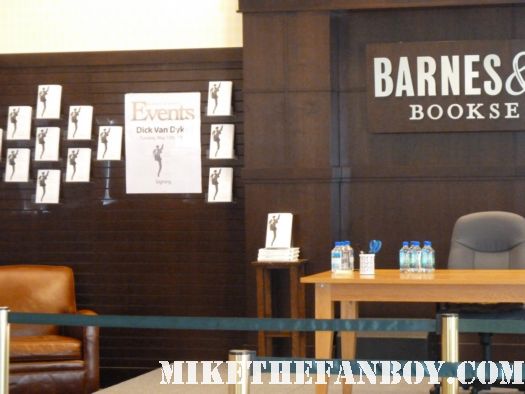 My letter was called around 6pm. Mr. Van Dyke entered the signing area around 7 p.m. There was no personalization allowed. Mr. Van Dyke signed quickly, but made sure to give his attention as one greeted him at the table. He seemed very kind and happy to be there. He was talking to fans and singing along to the music they had playing in the store. 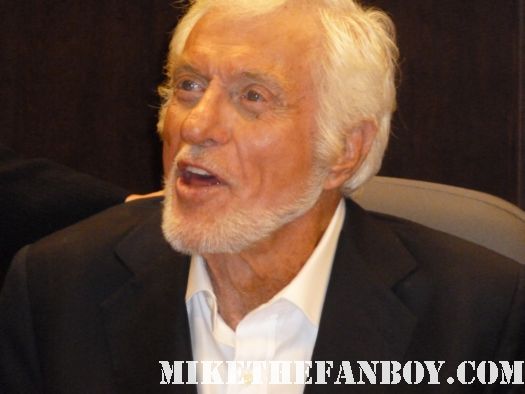 I am happy that I came down and met this legend. There are very few celebrities who still sign full signatures and give respect to the fans. 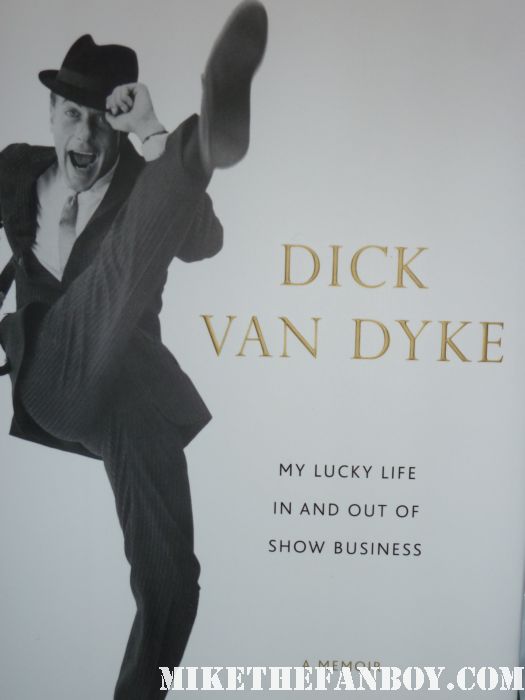 I feel lucky to have had the experience. As I walked back to my car, I could help but hum, “Chim Chim Cher-ee.” Thank you Dick Van Dyke. Cheers! 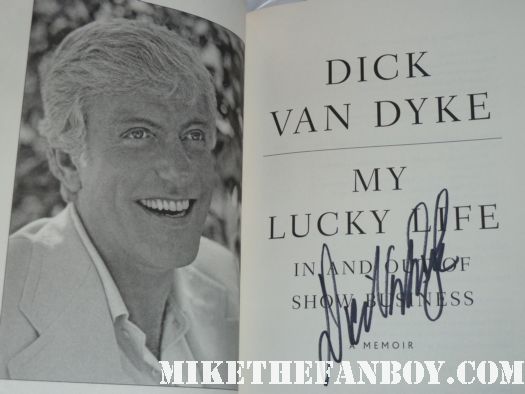