Jekyll or Hyde! Time kids! I was racking my memory banks for a good story to tell and then it hit me… I never told anyone this story… Well… Not lately anyway.

It’s funny, you just take for granted the nicer celebrities sometimes… I mean take Jessica Chastain for example, you hear things like, “Oh, well of course she did it.” It becomes almost second nature.

The past couple years the same can be said for Justin Timberlake. Every premiere he signs for the line for the most part. He’s been really good, his signature has shortened to Justin but still, he takes his time, signs, poses, etc… 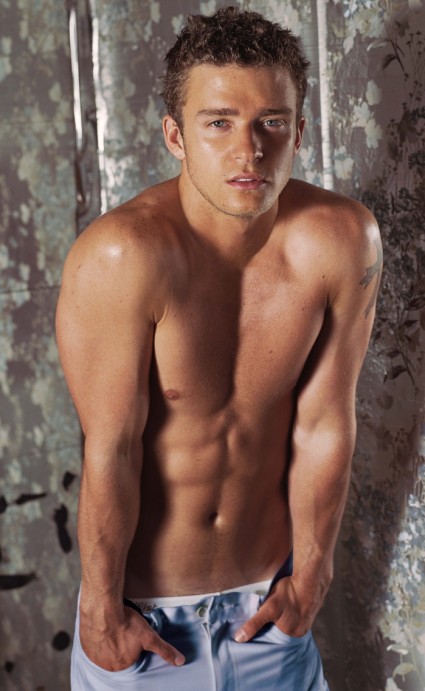 But this wasn’t always the case. The first time I went out for Justin Timberlake, I swore it would be my last. In fact he was such a jerk I couldn’t listen to his music again for a while. 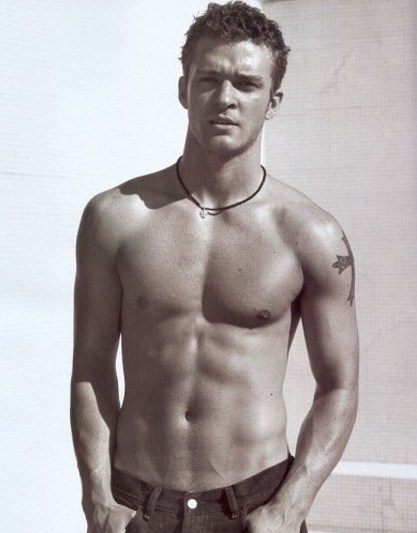 There was a concert… An outdoor concert at a talk show and I was on the lot. It was for FutureSex/LoveSounds and when the concert was done there were maybe 20 people waiting. One really obnoxious girl who kept saying things like, “Oh My God, and this is so much fun, we’re waiting for Justin Timberlake, like waiting… Like… Oh… He might wave or come out, or something, yeah… So much fun.”

It’s so vivid because I wanted to rip my ears out. In fact, I got a phone call and my friend asked me what I was doing and I replied, “waiting for Justin Timberlake and apparently it’s like so fun.”

Five people around me started laughing even though I wasn’t talking loud but we were huddled together so close you couldn’t help it. 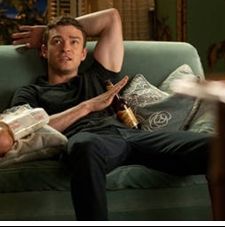 Now, I give lots of people passes if they don’t stop, something else might be happening, fine….

What did JT do?

He leaves out the side door, gets into his Porsche and drives straight. He sees everyone waiting and rolls down his window. Some model-esque chick is in the car with him and then he slows down. He does a fist pump and then squeals his tires in front of everyone causing a huge puff of smoke to billow up in the air and then floors his car. 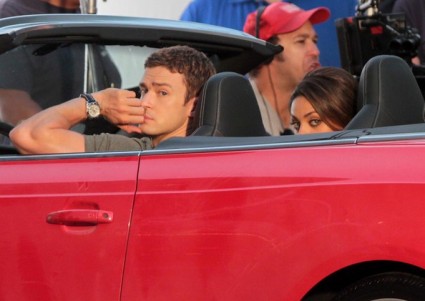 I’m sorry can we say douche?

I was so appalled. I mean really dude?

Of course now, Justin is pretty damn cool to fans and I’m really glad that he is because I really like him, but it wasn’t always the case.

Justin Timberlake is given the Angry Theo Award!!!!