I’ve been a fan of Joan Jett almost as long as she has had a career. Although I didn’t see them, the Runaways were rumored to have played at my High School a year before I transferred in, right around the time I first heard “Cherry Bomb” in the TV Movie “Dawn: Portrait of a Teenage Runaway.” I was supposed to meet her when I was working at Tower Records in 1982 and was invited to see Joan Jett and the Blackhearts at the Santa Monica Civic followed by an after party at a bowling alley across from the venue celebrating her new LP and single, “I Love Rock ’n’ Roll.” Sadly, record exec Neil Bogart died the day of the show, and since his label was the event’s sponsor, the after show was cancelled. It was forever ago, but I will never forget the intense energy of the crowd and a completely off-the-hook performance.

A number of years later, a friend of mine went to work for Blackhearts records and I was hired to help out with some packaging including assembling CDs for her single and album titled “Fetish.” Although I didn’t get to meet her in person (she was in New York, I was in L.A.) Joan sent me a lovely autographed poster, which I’ve kept on display since it arrived in 1999.

I finally did get to meet Joan in 2018 when I attended a special premiere of the documentary “Bad Reputation” at the Nuart Theatre in Los Angeles. I caught her outside the theatre as she was loading in gear for a live performance and had her sign my Joan Jett Barbie Doll. She was in a hurry so I wasn’t able to get a photo or even chat much, but she was so appreciative of the attention and generous to the small group of fans who showed up early for the show. She also gave me a small Blackheart pin with has taken up residence by the “I Love Rock ’n’ Roll” promotional pin I got forever ago. 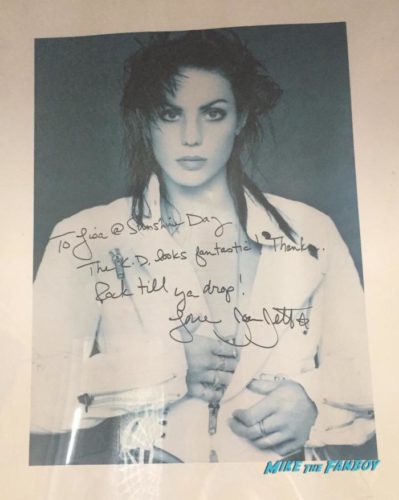 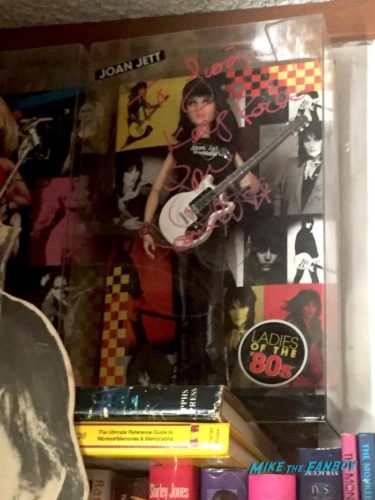 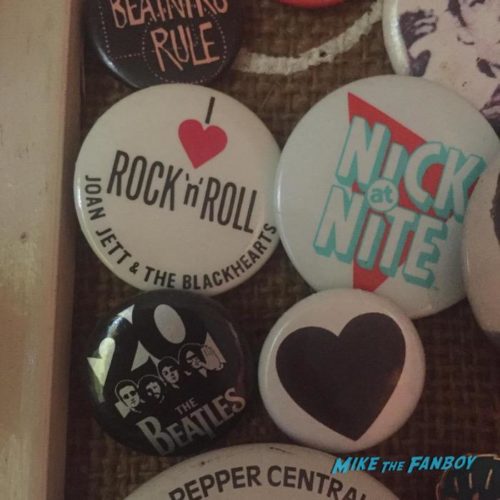