Lion is doing great on the Awards Season circuit. The film is really good and it’s one of the best performances of Nicole Kidman’s career. The entire cast is excellent.

There was a q and a featuring the cast including Nicole Kidman, Dev Patel, Rooney Mara, Sunny Pawar, director Garth Davis and screenwriter Luke Davies.

The film was excellent and the q and a was really informative.

“I really wanted this badly!” said Dev Patel, “To play a character like this is a real dream. Everything about it is like a dream project.”

“It’s a big responsibility telling a true story.” Mentioned Garth Davis. “I was there when Saroo met his birth mother for the first time. I was entrusted for a lot of their lives.” 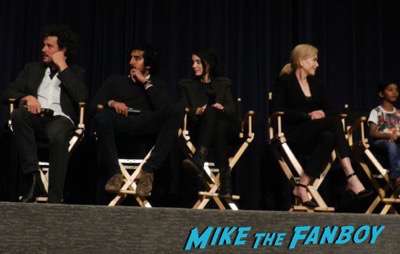 When asked about the auction process the youngest actor had a lot to say.

“It all started when I was in my school in Mumbai.” said Sunny Pawar, “There were lots and lots of children and then there was just me.”

Talk turned to the different characters in the film.

“I have adopted children and that was the initial reason I was drawn to this.” Said Nicole Kidman, “That was a very powerful pull for me. I was incredibly honored to be a part of it.” 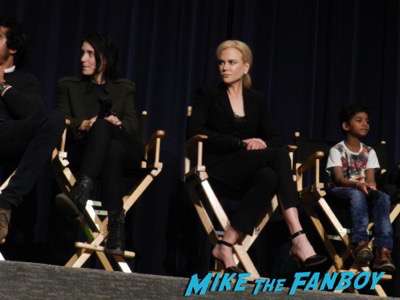 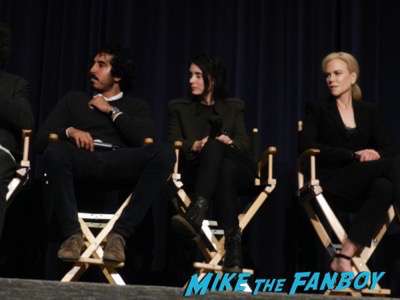 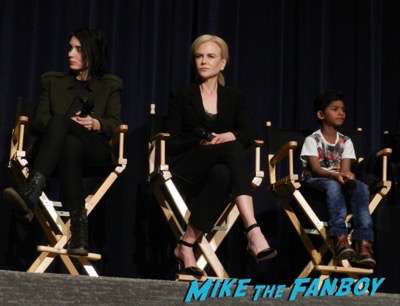 “I think it was last minute for me.” Said Rooney Mara, “I loved the story so much and it was so powerful. I wasn’t planning on working during the time the film was shooting and then I read the script.

“The most important thing was that the family was honored and it was captured on screen.” Said Nicole Kidman, “And that the story was told.” 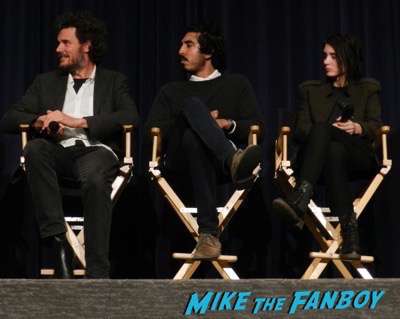 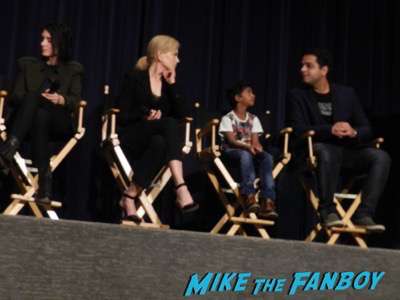 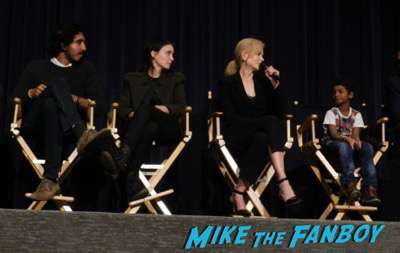 After the q and a the cast hung around and met with fans. Rooney Mara did run off rather quickly, I think she signed for one person.

I only had things for her and of course Nicole Kidman.

Dev Patel hung out for a bit and Nicole Kidman was so nice. She was happy to sign my Moulin Rouge red box press promo kit. She said, “Where did you guys get all this!”

Nicole signed everything and was super sweet!

It was a really fun q and a, and I’m so excited to get everything signed. 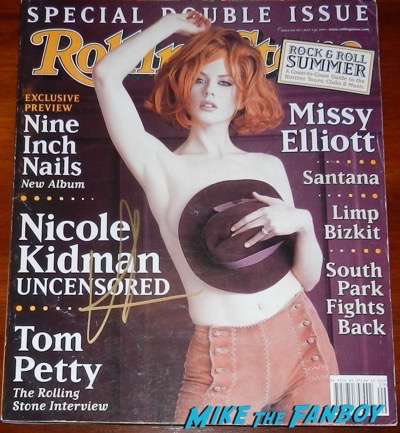 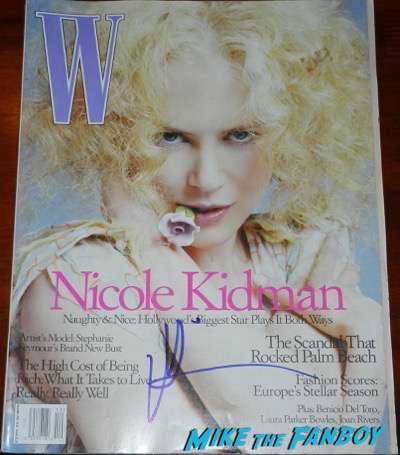