As a sidenote to this weeks Manic Monday, I need to say… I don’t mock people. I gently tease. Like per se, when Pinky says, “I’m really excited about meeting Andrew Dice Clay” and she completely ignores the fact that Cate Blanchett is going to be at the same event. I shake my head.

But God bless fandom. And God Bless Ms. Pinky! Her love of the 1980s can’t be denied! She will get to meet her man!

Check out this weeks Manic Monday with the awesome Ms. Pinky below!

Hello, my lovelies. Pinky Lovejoy here on yet another Manic Monday thinking about a film that never ceases to make me smile. Two of them, actually. Two ‘80s classics that both feature my most recent conquest, Andrew Dice Clay. Those films? Pretty in Pink and Casual Sex? (sorry, that wasn’t a question…the movie title just happens to be Casual Sex?).

The first time I remember seeing “Dice” onscreen was as the bouncer who interacts with “Duckie Dale” (aka Jon Cryer) at the club in Pretty in Pink. 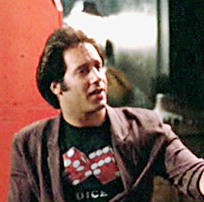 Although he would go on to become most well known for his stand-up act, I enjoyed his subtle performance as the bouncer who asks Duckie point blank why he hangs around Andie when it was clear that she didn’t “worship the Duck.” Of course, who could forget his classic, “Ay! Oh!” in his Italian accent (or his, um, adult nursery rhymes for that matter….). 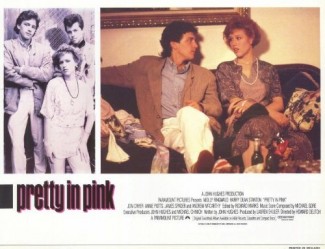 In Casual Sex? “Dice” played the unlikely paramour of Lea Thompson and was charming and funny. 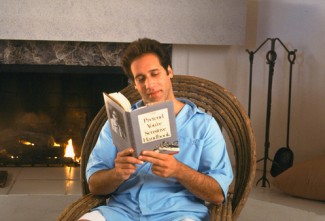 I loved their little courtship and I especially loved learning about the “There’s Your Boyfriend” game – I’ve been playing it ever since! 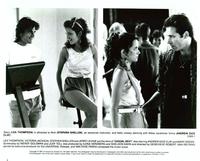 The other night I was lucky enough to attend the LA premiere of Woody Allen’s new film, Blue Jasmine. While I loved the film, I was probably most excited to see Andrew Dice Clay in person. Of course, per usual, Mikey mocked me and said I needed to focus on Cate Blanchett, but my heart was set on getting a picture with “The Dice Man” himself.

After the film ended, I waited patiently outside the theater hoping to meet “Dice” as he left. As I don’t attend a lot of movies at that location, I didn’t realize that there’d be a reception downstairs afterwards with the cast, so waiting was probably a mis-step. As it turned out, “Dice” shot me down at first saying he couldn’t stop for pictures, he wanted to get to the lobby, and he had his family with him. I didn’t know what to say (and almost started crying….don’t judge me….), so I walked away and took a minute before heading downstairs. Once we were there, we realized everyone was a lot more relaxed downstairs and noticed that “Dice” was taking pictures with various fans. Still, he kept skipping over me (I can’t imagine he didn’t hear me…maybe he just didn’t like the look of me?) and I started to worry that my hope for a picture was never going to come true. I even had Keith snap a pic while I stood next to “Dice” trying to get his attention….yes, I’m aware that I look completely insane.

The picture could pretty much qualify for the “Photo Fail” due to the variety of things going on in the background (and even right next to us). Thankfully, “Dice” finally caved into my request and took a picture with me. Phew! I then hurriedly told him that I loved him in Pretty in Pink and Casual Sex? (and then Keith mocked me for bringing up Casual Sex? but how could I not?). Sure, it’s not my favorite picture in the world (as I look horrible), but it’s still “Dice” and I’m stoked to have finally met him. 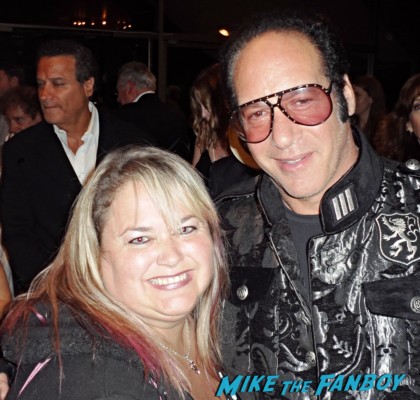 (Editor’s Note: But what happened with Cate Blanchett? M-)