There are days when you just never know what to expect.

My friend called me and said, “Mikey!” Yes, she’s one of two people who are allowed to call me Mikey, that might give you an indication how close we are. In fact, I’ve known my friend Annette since college back in Detroit. We’re talking old school.

We attended Monsterpalooza together a couple years back where we met the cast of Fright Night. 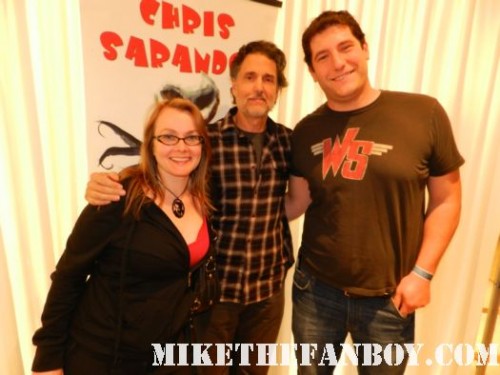 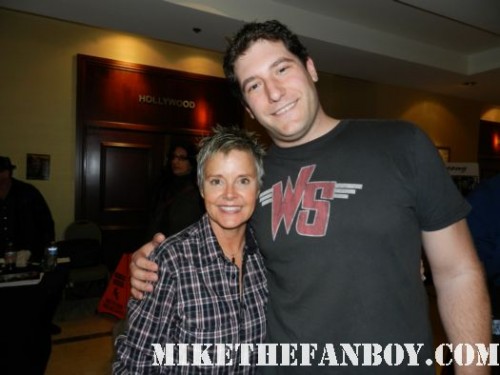 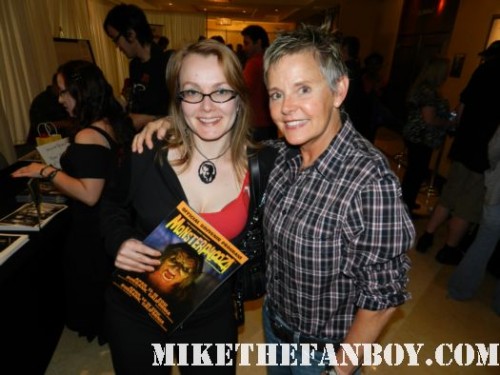 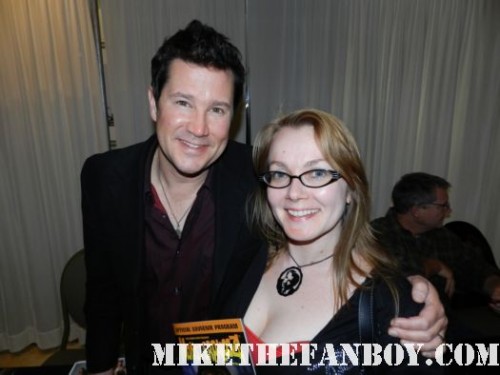 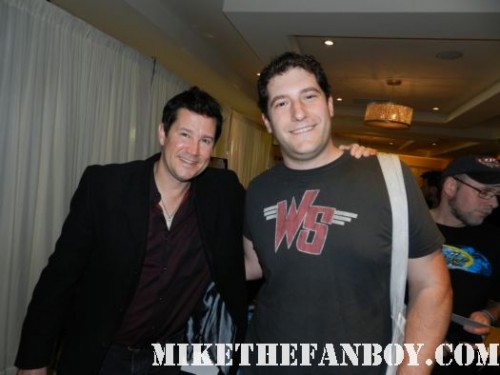 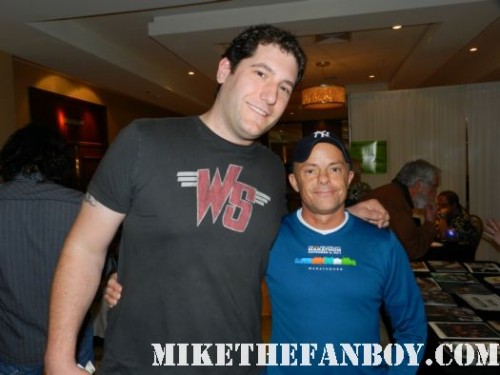 Well, she was working on a project starring Fright Night director Tom Holland. She called me a couple days ago and was like, you need to come down and be an extra. Well, I couldn’t really do that being so close to Comic Con, but she said, come down later.

I drove on down with my miscellaneous Fright Night memorabilia, VHS boxes, counter standees, mini posters, Fright Night is one of my favorite films of all time.

There is just something magical about Fright Night, it’s so hard to balance comedy and horror, so many people try and so many people fail. This is where Tom Holland really excels. Not only did he direct Fright Night but also Child’s Play as well. Both have a similar mix.

When I arrived to the set, apparently there was some sort of disaster. A power outage, blown fuses, overtime, all things that can happen on set. So, I’m sitting in my car and I text Annette and say, “I’m going to go home, I don’t want to interrupt your shoot. It’s perfectly fine.”

I’m trying to finish my game of Candy Crush, when Annette texts me, “no no, stay!”

I really am okay, but she’s insisting an then I get a call…. “Mikey, where are you? Tom… Tom, wait… I have a friend who wants to meet you.”

And I get out of the car and start walking over. There’s Annette seven months preggers in a lime green neon shirt. Even while preggers she looks awesome…. growl… 🙂 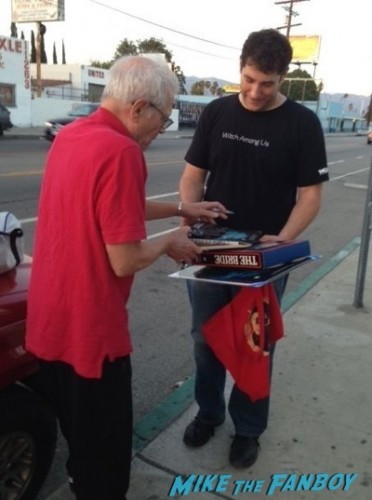 She introduces me to Tom Holland and he couldn’t have been nicer. We chatted about the film a little and he was amazed with the random stuff I had. I’m a freak. 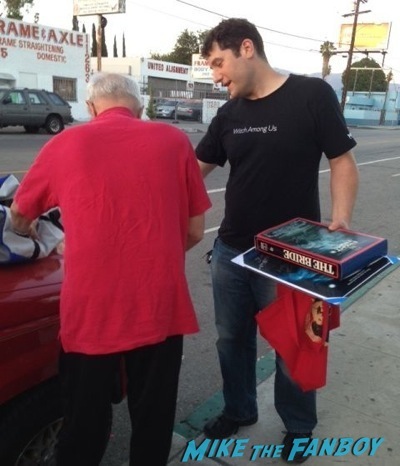 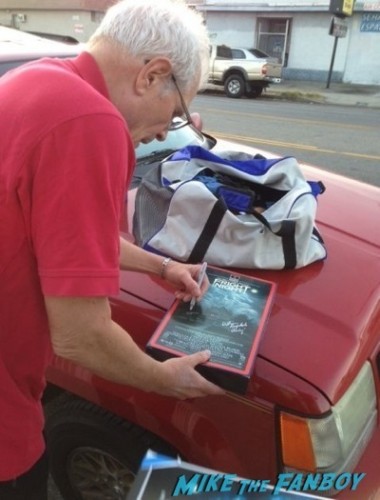 Tom talked a little bit about Monsterpalooza and how he got some cast signed blu-rays that are limited edition. I’m like, hello hook a brother up! 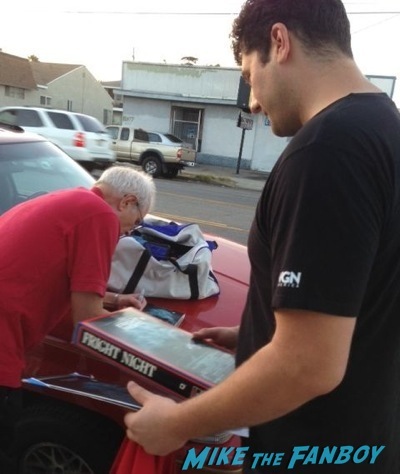 It was such a random encounter and so fun! 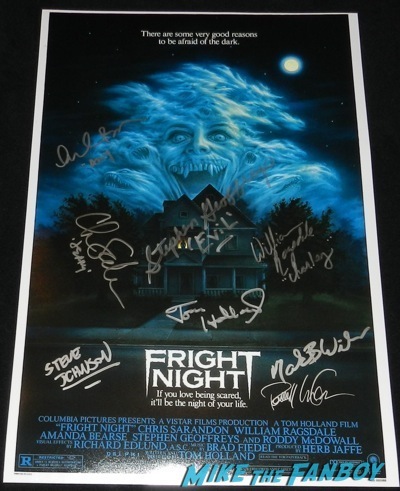 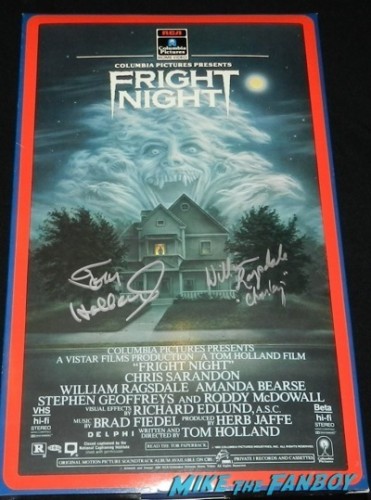 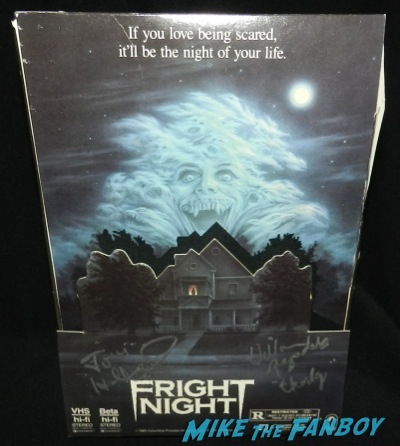