So, with the Flatliners reboot heading to theaters tomorrow,  I thought it would be cool to remember an encounter with one of the original cast members… Julia Roberts. There was one time… And I mean one time… she was so frakkin’ nice to me. I still can’t believe it happened. I’m not going to recap it before the actual recap, but needless to say, it’s a memory I can’t possibly forget.

It all started when a friend of mine got a tip about the Valentine’s Day press junket. This particular junket was at an inaccessible hotel where they are not friendly to fans, autographers, or pretty much anyone.

A few of us decided to eat breakfast at the hotel and see what would happen. I mean it couldn’t hurt right?

So, we went over armed with a couple things each for the stars of Valentine’s Day. My main goal of course was to get my Steel Magnolias piece signed by Julia Roberts. At this point she was one of my main goals and I knew that at a premiere all I would get was the standard “JR” and probably a bad one. lol…

The cast of Valentines Day of course includes Jennifer Garner, who I also love, Topher Grace, Jessica Alba, Jamie Foxx, Jessica Biel, Ashton Kutcher, Bradley Cooper, and more… So if you were going to spend a day camping out this was a pretty decent day to do it.

So, we ate and waited and ate and waited… Finally out comes Garry Marshall. He came by and started talking to us. I swear he is the nicest man!

We watched as Jennifer Garner walked past, Ashton Kutcher, etc… But we all really wanted Julia Roberts. We decided to wait until they were done with the junket and leaving. Security scoped us out, but honestly they said as long as we were eating and didn’t run after people then they would be cool with us.

We now had lunch, and back comes Garry Marshall. This time, he started talking to us about the movie, and I told him I had seen it at a preview screening. I said I thought Taylor Swift was really fun, and for a minute I was like, “Garry Marshall is asking me what I thought about this movie he just made. lol…”

Then around oh, three or four o’clock we see Jennifer Garner leaving. As she came by, I whipped out my 24 x 36 inch Alias poster and asked her to sign it. She was a tad shocked, but was like sure! 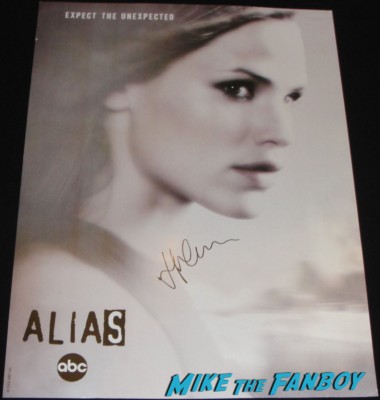 She came over and signed a really nice signature on my poster, I wish I got a photo with her, however that wasn’t in the cards. 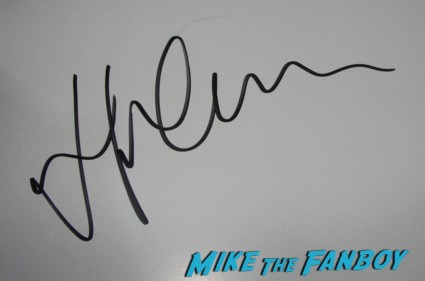 And so we waited.

The problem was… There was a shift change at the hotel and a new security regime came in. I say regime because they were the biggest assholes ever! And when I saw ever, I mean ever.

As we were waiting Topher Grace came by and we was so nice! So nice. He stopped and practically sat down with us. 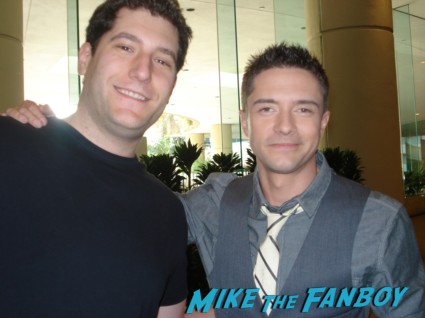 He took photos and was so jazzed by my Traffic program he flipped through it, talked about it, etc… 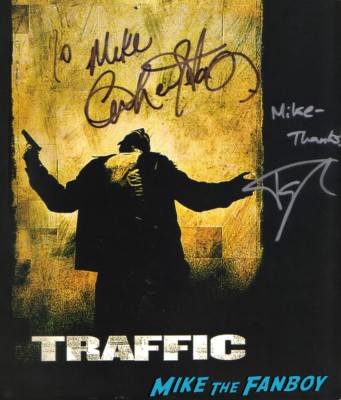 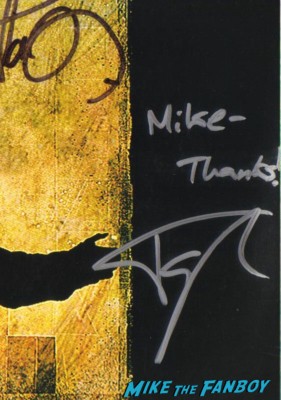 I think even more than that, security walked us out to the car to make sure we left the building. Ridiculous.

But you know, when you piss a fanboy off, that’s when they get determined…

So, since Julia Roberts said she would do it, we figured… Fuck the security.

(and kids I don’t recommend this) We made a sign that said, “Julia Please We Waited Six hours!” and drove across the street from the hotel… I know we’re crazy.

We waited and waited and finally saw her car leaving. We held up the sign, and Julia looked up and laughed. She pulled her car over and waved us to come up.

We ran over and she said, “You guys are crazy!” 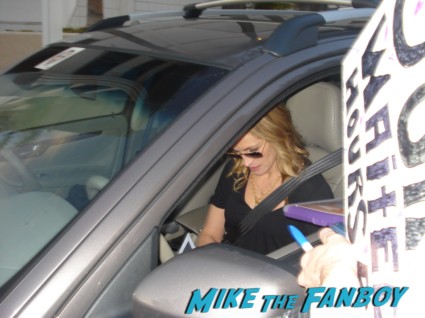 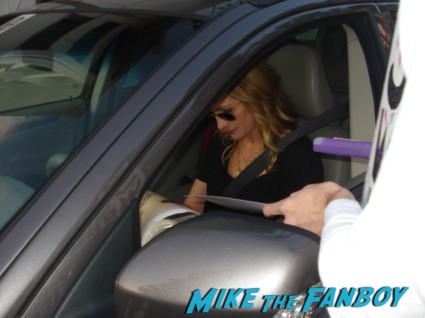 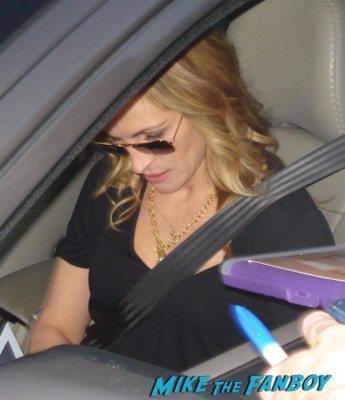 We asked for a photo but Julia said, “This probably isn’t the right environment.”

We thanked her again and walked to our car… Just as the police arrived. Yes, the assholes called the police because we were on their property.

The cop was a whole bag of tricks. He had the most polished nails I have ever seen on a person. I didn’t think cops were into manicures let alone french manicures but apparently this one was. LOL… He said, “don’t come back again” yadda yadda yadda but honestly he wasn’t that intimidating. For God sakes his nails glistened…

Still even with all that, I thought it was really sweet of Julia Roberts to pull her car over and do that. It was really sweet especially since it was under such extreme circumstances. I know it was a tad crazy, but you know what… It was certainly an adventure. Lol…

I’m not sure I would ever go through all that again but you know what sometimes I just can’t let security win! lol… 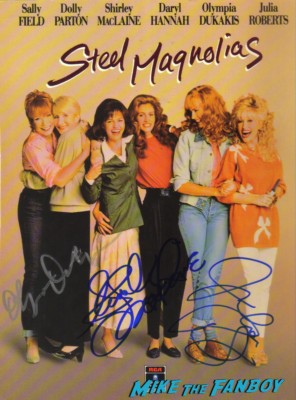