One of the new shows I’m most excited about is Mob City. It’s the new period action drama by former Walking Dead showrunner Frank Darabont. I personally, would have loved it if Frank would have stayed on The Walking Dead. He just has an amazing vision and his projects are so well constructed.

Ace headed to the set when he heard about them filming! Check out his full recap below!

What’s up autograph fanatics! Ace here with an onset recap of Mob City!

As soon as I heard that Frank Darabont was filming in Los Angeles, we headed down to the set multiple times in order to get as many of the cast members as we could. Frank Darabont is very well known for his films such as the Shawshank Redemption, the Mist, and the Green Mile. Within the last few years, he has risen back to the spotlight with the Walking Dead.

We went multiple times to see this cast walking around the set. Sometimes when we arrived, we just missed them by five minutes or when we left, we left five minutes too soon.

Mr. C and I headed down to downtown Los Angeles in order to see if we could acquire Frank Darabont on our Walking Dead cast pieces. Of course, if any of the other guys were around, we would have been happy to get them as well. Regardless, we went three or four times and waited several hours hoping to catch them. Majority of the time we saw just Robert Knepper. Every time we came to the set, it was only Robert Knepper shooting for the day. And every time, I had nothing for him. When I finally did have something for him, Prison Break, he wasn’t on set. Of course…

On the third day we arrived, we hustled as much as we could to get to the set. It was the end of lunch and we were parking. Moz was driving around in order to see if he could see anyone. Regardless, we never saw anyone. As we were walking to the set, Moz called us quickly to say that Frank Darabont was just standing in front of one of the buildings. Immediately, we crossed the street and Mr.C waved his Rita Hayworth print. Darabont walked over and signed several for each of us. He is always a class act… Especially for a legendary director and writer, it was an awesome graph to get. We wouldn’t see anybody for the next several hours, so we left.

On the fourth day we arrived at approximately the same time. Within 20 minutes of us getting there, one by one, Jon Bernthal, Ed Burns, Milo Ventimiglia, and Robert Knepper come out. It was like watching a 40s film in slow motion. They were all dressed in amazing period style costume. It was awesome. I went for Jon and Milo first. Milo signed my Mob City piece and then I moved on to Jon Bernthal. He signed everything we had. In the mean time, I missed Robert Knepper and Ed Burns! DOH! 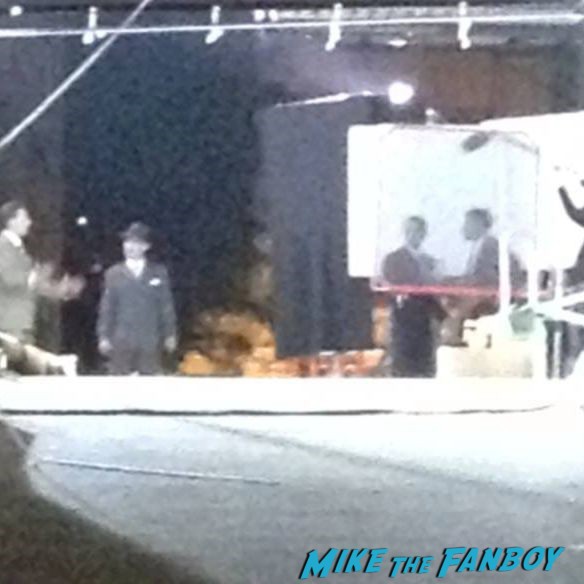 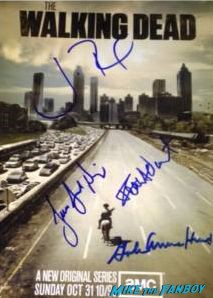 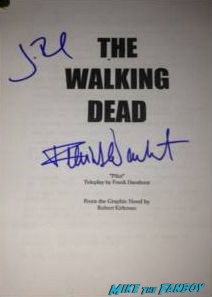 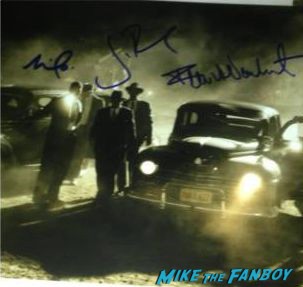 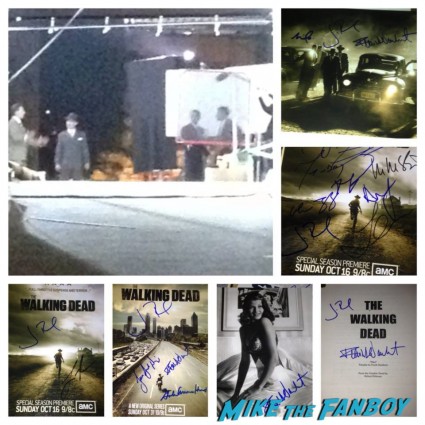