There are very few comedians who can work a room quite like Ron Rickles. He’s not only a comedy genius but as judging by his role in Casino, a wonderful dramatic actor as well. His comedy work is the stuff of legend and he’s been heralded by not only today’s comedians but also actors as well. 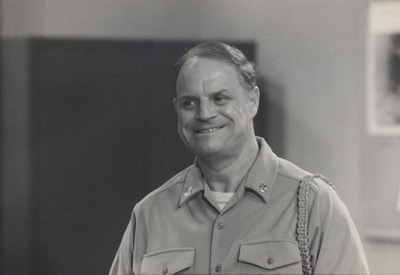 If you’re not familiar with why Don Rickles has been so widely regarded, then Time Life has an awesome DVD set for you to check out. It’s called Mr. Warmth! Don Rickles: The Ultimate TV Collection and is chock full of classic television staples and bonus features.

First up is the full series of CPO Sharkey. The series which was broadcast on NBC from 1976-78 starred Don Rickles as Otto Sharkey, a Petty Officer in the Navy. He mimicked his real life persona as a biting veteran who was known for politically incorrect jokes and insulting his co-workers. Of course down deep Sharkey was really a nice guy, he just had a difficult way of showing it. 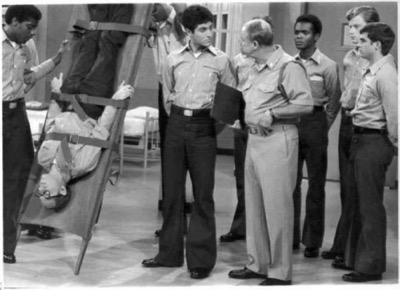 The series features a diverse cast of characters from all walks of life to which Sharkey would exploit, such as Lt. Whipple’s buck teeth. Overall, 37 episodes of the series were shot and it’s some of the best classic television of all time. For me, it was the first time I’ve seen the show and while it’s very different than what would be allowed on television today, I really enjoyed it. It was refreshing to see humor not put through the political correct grinder, because deep down you knew that Sharkey didn’t really believe the things he was saying. 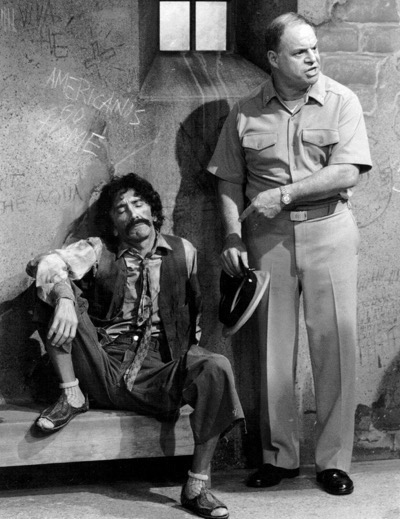 Classic television like CPO Sharkey, is rare to come by these days, and the quality of the transfer is very good. Sometimes there’s a lot of fallout and grain when watching shows filmed in the 1970’s on DVD but this was a treat to see. 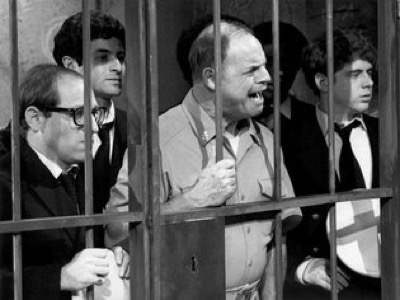 Also included on this set are The Don Rickles TV Specials. There are four DVD’s featuring a plethora of bonus features. One of the features was the classic Tonight Show bit that I heard of but had not seen before now. Don Rickles accidentally broke Johnny Carson’s cigarette box while doing a routine on The Tonight Show and when Carson found out the next day he stormed to the set of CPO Sharkey and used Don Rickles brand of insult humor to get back at him. It was hysterical and if you haven’t seen it, check out the bonus features. 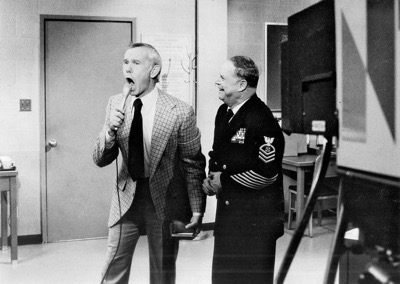 Watching the television specials, what really struck me was the fluid way Don Rickles could just riff off the cuff. It wasn’t something that was prevalent in CPO Sharkey because that was a scripted series. In the TV specials he was really given the ability to let loose and you really see him comedy chops play out. They are very good and still hold up to this day.

Rickles also does a great job with some of the movie spoofs that were popular at the time. It’s more sketch comedy than stand up per-se, but they are really funny. Anyone that’s familiar with Don Rickles work is familiar with them I’m sure, but to me, seeing them for the first time, I really liked it. 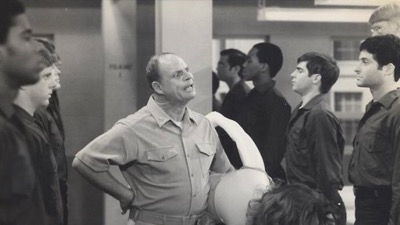 To be honest, I always knew that Don Rickles was one of our comedy greats, but I wasn’t familiar enough with his work to completely understand why. Now, after watching Mr. Warmth! Don Rickles: The Ultimate TV Collection, I get it. I know why our current day comedians like Jimmy Kimmel pay such homage to him and how much Don Rickles has influenced people like Kimmel and other comedians. 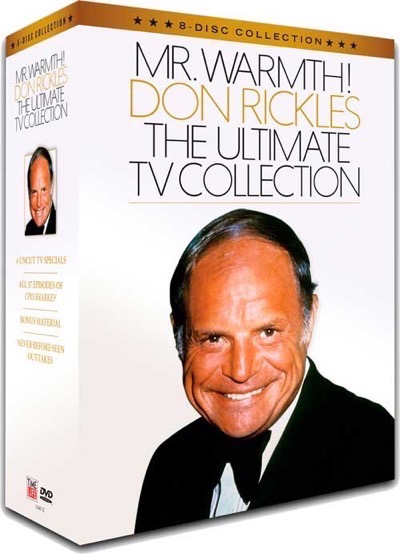 If you’re a fan or know someone who loves Don Rickles, this is a perfect set. However, if you’ve always heard about Don Rickles and kept meaning to check out more of his work like me, this is even better because you get so many of his classic bits and appearances in one box set. I would highly suggest checking it out!

Mr. Warmth! Don Rickles: The Ultimate TV Collection is out on October 20th thanks to Time Life!