I’m a huge Sex and the City fan, not to mention the awesomeness that is Hocus Pocus and The Family Stone. Two of my favorite films. Scotty is a huge fan as well, and has giant posters, one sheets and all kinds of madness for Sarah Jessica Parker so of course when we saw she was going to be on a local talk show taping we had to go.

Normally, I would rather drink paste than go down here, but this is Sarah Jessica Parker time and you have to do, what you have to do. I mean when Carrie Bradshaw comes to town it’s like a holiday. She’s never in Los Angeles, I know the New Yorkers see her all the time, but the fans here in La La Land never do.

When she arrived, the 20 or so fans waiting yelled and pleaded. Sarah Jessica Parker did wave while she walked inside, so some people felt good about the chances of maybe her doing it after.

As we waited the chances here looking more and more slim.

Suddenly, a giant black wall was stretched down the ally and my hopes were pretty shot.

Oh course she left as the monolith blocked everyone’s view even though everyone called and yelled. 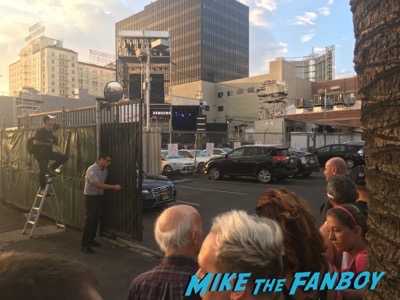 and sadly that was not the case. Doh! 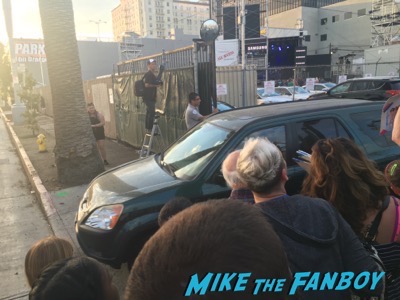 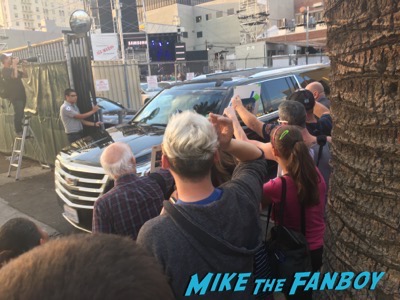 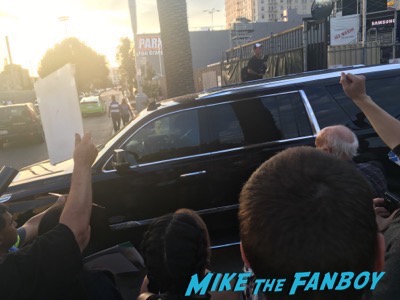 What a fanboy fail!