Can you believe it’s thirty-five years since our first nightmare on Elm Street? Yes, on November 9th, 1984 A Nightmare on Elm Street touched our hearts and shredded us to death in our sleep and horror history was made. This would be Wes Craven’s staple in the horror genre (along with resuscitating it in the 90s with Scream) and Freddy Kruger would become one of the the iconic “Big 3” along with Michael Myers and Jason Voorhees on the Mt. Rushmore of slashers. (The fourth slasher is usually interchangeable with Pinhead, Chucky, Candyman or Ghostface.) 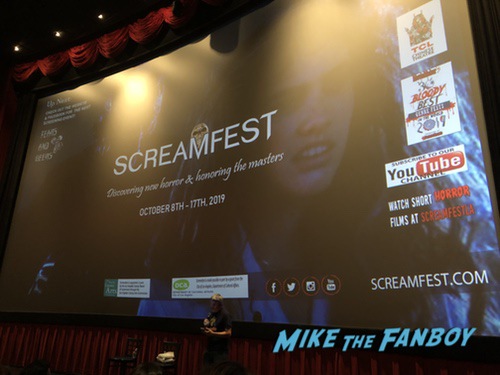 I was lucky enough to attend a screening of Elm Street 1 at the Chinese 6 in Hollywood this past Halloween season thanks to Screamfest’s Fears & Beers Night. Heather Langenkamp and Amanda Wyss were in attendance to share their stories and it was an awesome time. I attended a screening there just two weeks prior for the Scream Queens: My Nightmare on Elm Street and just twenty feet where I got Robert Englund on my die-cast Elm Street car Heather and Amanda signed and took pics with their many fans upon entering. They would sign and pose even more from their seats before the movie began let me tell ya, it was great to see Elm Street on the big screen. The movie still holds up. All the actors and actresses were so cute. They all still had their baby fat, even Freddy Krueger. Johnny Depp looked so different not dressed up like a pirate. 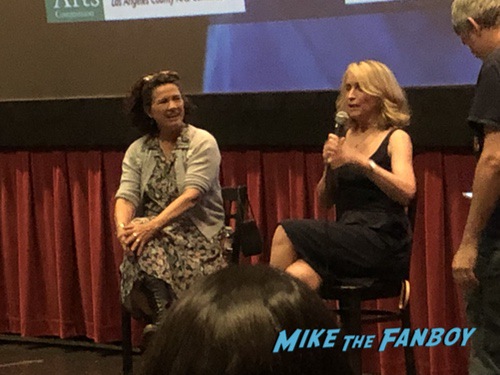 When the movie was over Heather and Amanda took to the front for the Q & A and talked aboot how they hadn’t seen the movie in so long and saw it with different eyes at this point in their life. Heather mentioned how she now identifies with the parents in the movie. Some of her favorite scenes from the movie were the scenes with John Saxon telling him she knew who was killing her friends, “switching roles” with her mother, and the scene on the bridge where she cites the line “I’m into survival”. 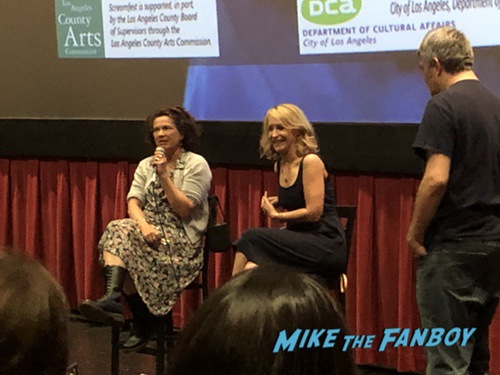 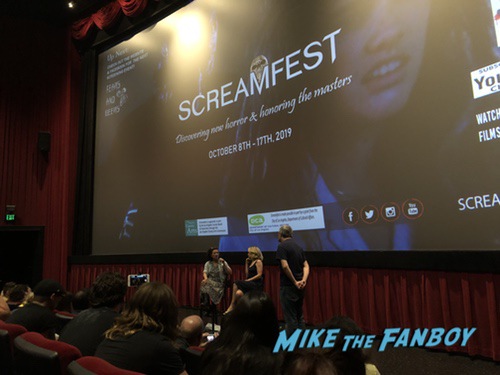 The girls had great chemistry and have been friends since they both auditioned together at some shady location where they both had to put a club on their steering wheel. There weren’t even any chairs in the room where the audition took place. The girls had never heard of the great Wes Craven or even ever seen a horror movie. The audition took place with the four young leads doing the scene where Johnny Depp is on the phone with his mom and then an improvised scene. Heather said it was the screech that she made during the scene that helped them get the parts which they got right there at the audition.

To keep things as comfortable as they were at the audition the crew actually had to find the creepy old locations using the ol’ Thomas Guide which was Google Maps in book form that no one alive today would know how to use. Crew members would walk around in pairs at the Lincoln Heights Jail where the boiler room was and the girls joked aboot how shy Robert Englund was…Not! Robert is a very talkative dude and not afraid to tell a story. Amanda talked aboot some of the challenges she faced. She had to keep in shape not just for the nightie costume, but for the stunts she had to do. And that body bag! Not only did she have to wear pantyhose, fun shorts and a tucked in shirt, “Best wardrobe ever”, she also had to spend a lot of time in a used body bag from an actual morgue. Gross. They poked a couple of holes in the bag by the nose and she said it was disgusting and wasn’t so sure it was a good idea once they zipped up the bag. What a trooper.

When asked aboot stuff they had kept from the set or wish they had Heather said she would’ve kept the sheep head decoration thingy with the antenna (cause that’s what teenage girls in the 80s had in their rooms.) Amanda would’ve kept the cross that was on her wall even though she isn’t catholic. I would’ve kept Freddy. The girls expressed love and admiration for Wes Craven and Heather thinks that Freddy is a gift for the ages and a  true testament to Wes. Amanda sad that true horror reflects upon our sadness and remembers Wes saying grief is the opposite of horror and you have to express grief to understand horror. There sure is a lot of grief in the Elm Street movies. Tons of funerals.

When Heather was asked aboot her theory on Nancy’s return to the series in Part 3 she said she envisioned the backstory as Nancy waking up at the end of part 1 and realizing she had to stay awake and learn all aboot dream psycology and takes a job at the institute and the rest was history. 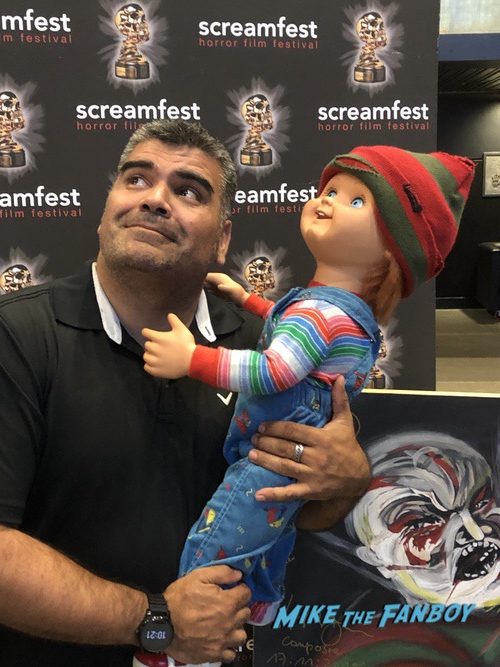 The first Nightmare movie didn’t have a Hollywood premiere. It was at the Warner Bros. Studios and the girls got kicked out cause they weren’t known and the theater wasn’t that big. They had to sneak in and wound up sitting on the stairs in the theater. At least they got in. Yay. The girls were so gracious and expressed their love and admiration to the fans before heading off and it couldn’t have been a cooler night. I left with my car signed and they both signed my infamous Fangoria book. Yay for me. Look for the Screamfest Fears and Beers page on Facebook if you live in the LA area cause it’s always a good time whether cast shows up or not. Party on from your friend in horror. 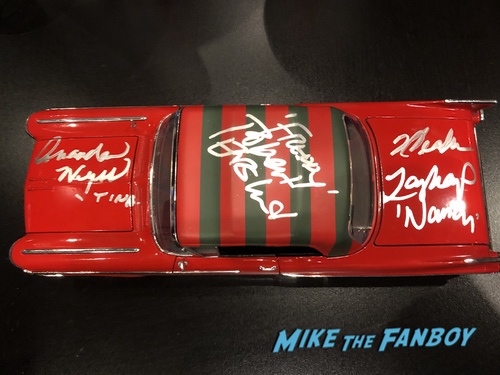