I really wasn’t going to go out today; I have to tell you, my allergies are going nuts! But you know… What’s a Fanboy to do? Lena Headey is doing a rare talk show appearance and I’ve met her once before at a signing during Comic Con for Sarah Connor Chronicles but every other time I have tried to meet her it hasn’t happened. So… I have to try now~!

CB is going and so is yet another Mike… Such a great and yet popular name! LOL…

So wish me luck!

6:05 p.m. – I just parked and I’m not walking down Hollywood Blvd with a giant 300 shield. I’m a couple strange looks one from the vertically challenged Mr. T look a like that parades around on Hollywood Blvd. Really Mr. T? REALLY?

6:23 p.m. – And the door is opening! Lena is arriving. She’s very sweet and waves motioning that she will come over after… Drat! I love it when you can get someone going in and then can go home! LOL… Ah well…

6:34 p.m. – I also have my Sarah Connor poster I got signed at the Gold Apple autograph signing where Lena was not present and a Game of Thrones insert as well. Not to marketing people, those inserts are awesome!

6:44 p.m. – CB is talking about his love for Paul Walker. FANBOY FAIL! Sorry had to be done. It seems like that’s all CB talks about anymore…

7:01 p.m. – Security just lined us up single file against the fence… this is new… hmmmmm I like it better like this. It avoids all the chaos!

7:43 p.m. – What did I do before I could answer email and play fruit ninja on my phone? Seriously…

7:46 p.m. – I’m staring up at a giant billboard for Titanic 3D… My god Leo looks so different now… I just saw Basketball Diaries for the first time the other night, while dated Leo and Marky Mark were pretty damn good. 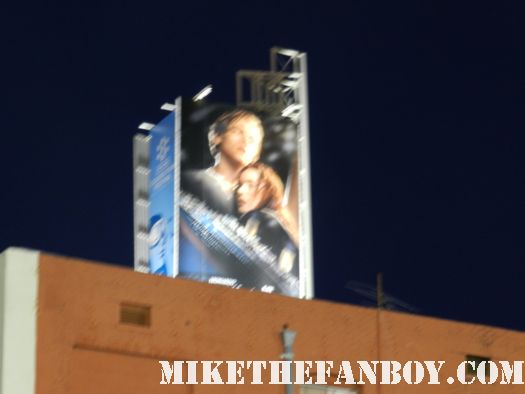 8:02 p.m. – Oh, something is happening… It’s Lena Headey! She’s leaving and coming right on over. 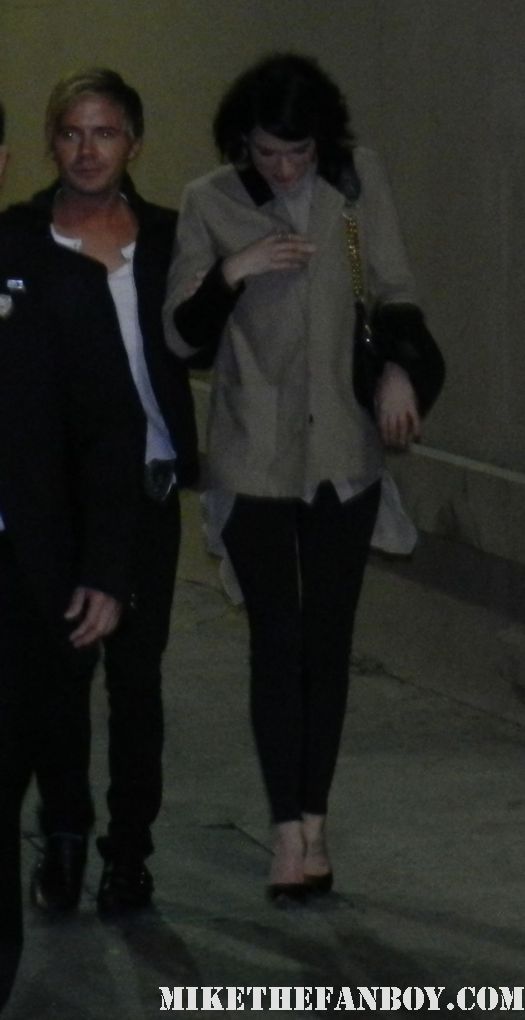 I will tell you, she is stunning! Stunning! Lena is signing whatever you have and posing for photos. 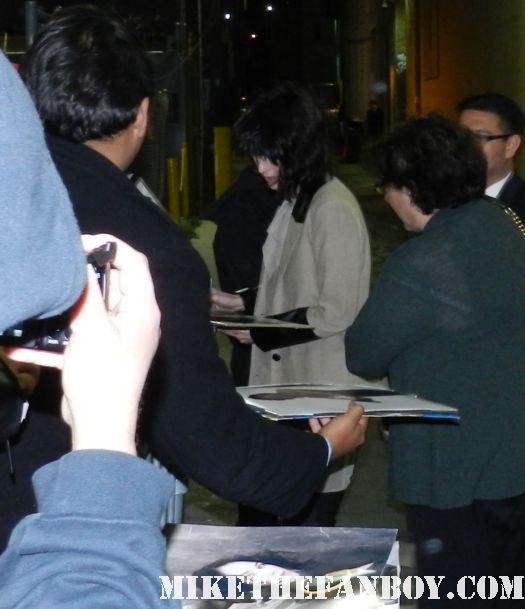 So nice! I see CB get his stuff signed and Lena just makes her way down the line. 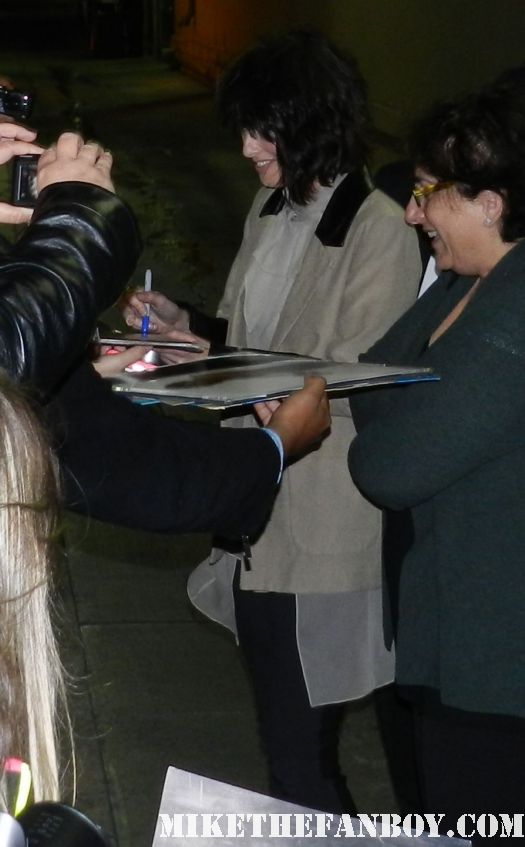 I have my giant shield out, yes I feel like a dork with it. Lol… Ah well… I pretty much always feel like a giant dork. 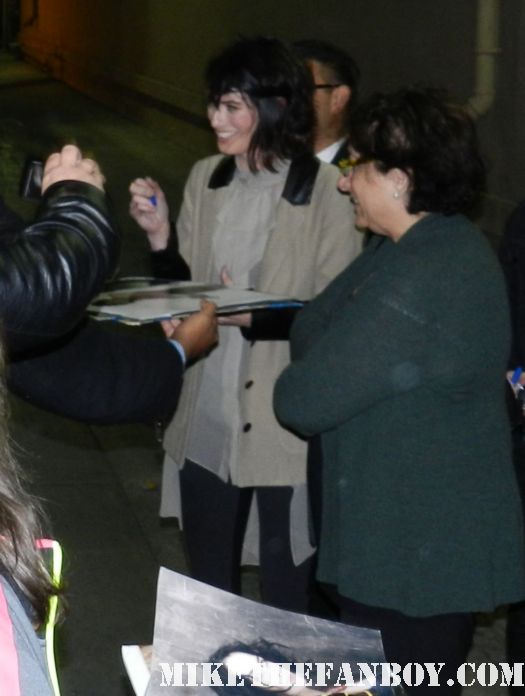 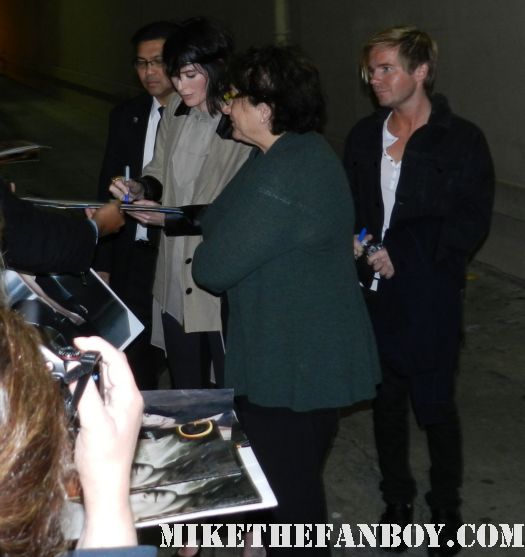 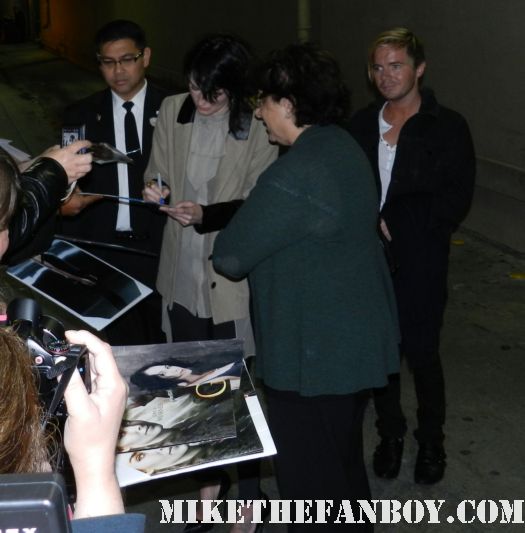 Lena sees the shield and was like, “Oh my God!” I told her it was from Comic Con, like that makes me less dorky somehow. 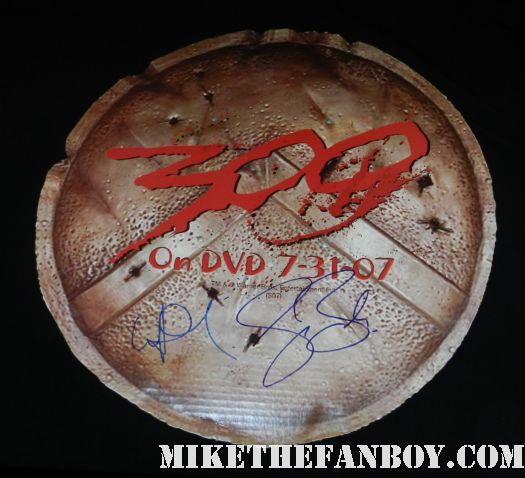 Lol… She is happy to sign, and so gracious! 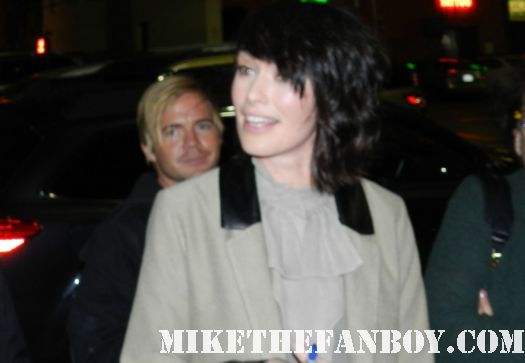 She signs my Game of Thrones insert and finishes my Sarah Connor poster before taking a photo with me as well. 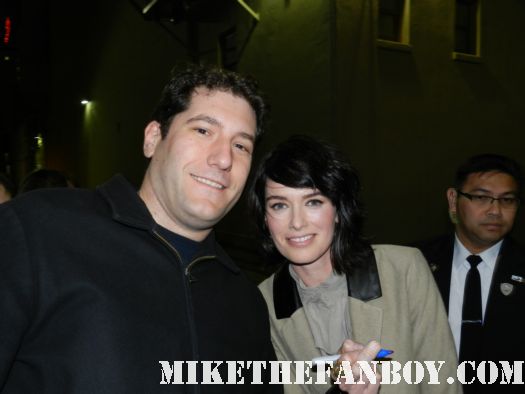 Adorable! Lena then continues down the line and signs and makes sure everyone is taken care of. 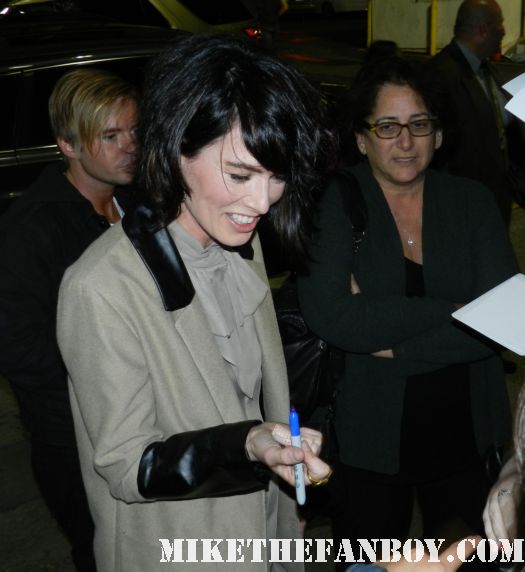 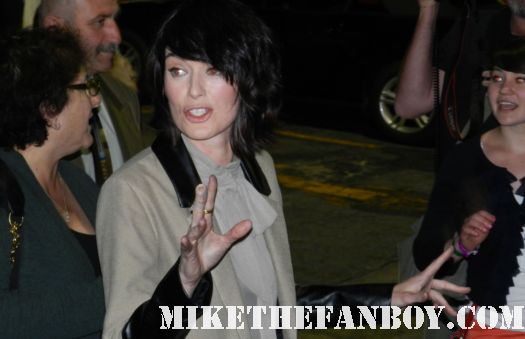 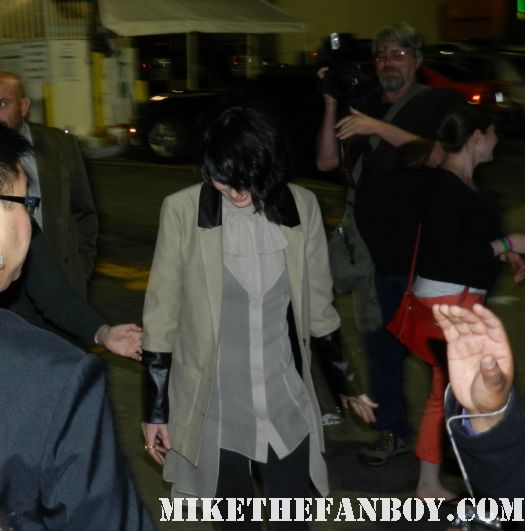 And on a side not, the HBO publicist that was with Lena is the nicest publicist ever! Talk about fan friendly, and kind… I’ve seen so many publicists just treat the fans horribly but I’ve seen her a few times now and she’s always super nice! 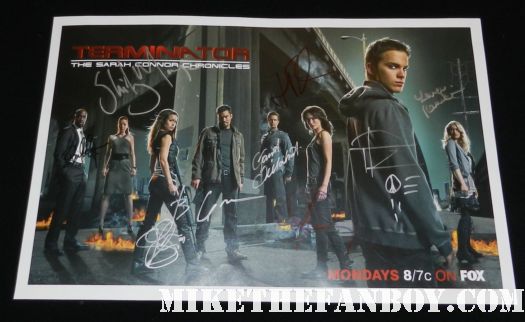