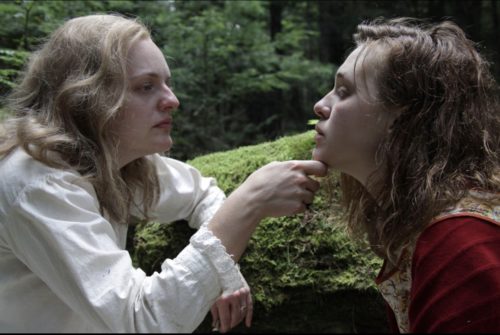 The tale of Elisabeth Moss’ magnificent year proves she’s no longer invisible and a serious awards contender requiring your immediate attention. “Shirley” is a terrific, transfixing thriller destined to be a timeless auteur masterpiece.

Shirley Jackson’s (Elisabeth Moss) unique, unorthodox writing abilities have haunted horror readers with her stunning storytelling for years. On the precipice of her masterpiece, two newlyweds Rose Nemser (Odessa Young) and Fred Nemser (Logan Lerman) move into her household to assist at the university. Despite tensions already at an all-time high with her husband professor Stanley Hyman (Michael Stuhlbarg), Shirley cautiously welcomes the young couple. The ruthless relationship between Shirley and Stanley proves perplexing as they’re constantly consuming copious amount of alcohol and exchanging barbs of callous comments while simultaneously thriving on the tumultuous torment they provide one another. This turbulent duo decide torturing and toying with this naïve couple might be what’s needed to save their marriage and inspire Shirley’s next project. 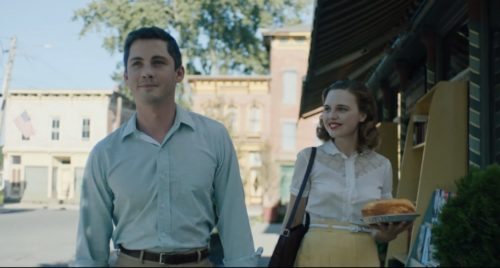 Director Josephine Decker definitely makes a splash with her first film “Shirley.” Much like watching a Jennifer Kent and Mary Harron film, Decker’s focus fantastically captures you from the opening frames and never lets up. Shirley’s sullen, self-absorption allows her to fully flex her incomparable, insecure muscles by toying with the Nemsers. This hypnotic horror/psychological drama dips into the unknown with wonderful writing from Sarah Gubbins bringing this fully fleshed story to life. The stunning characters created are wonderfully witty, yet wicked portraying a terrifically tortured relationship. Elisabeth Moss and Michael Stuhlbarg steal the film.

As the titular character, Elisabeth Moss magnificently mesmerizes with another amazing and intoxicating individual brought to live. Moss’ manipulative demeanor devilishly digs deep under your skin, feeling as though you’re Rose being psychologically tortured. Each other’s obsessions fuel the other slowly driving one another consciously and subconsciously mad. Shirley’s paranoia permeates even with the most mundane and ordinary aspects of life illustrating the scariest monsters are actually people themselves. 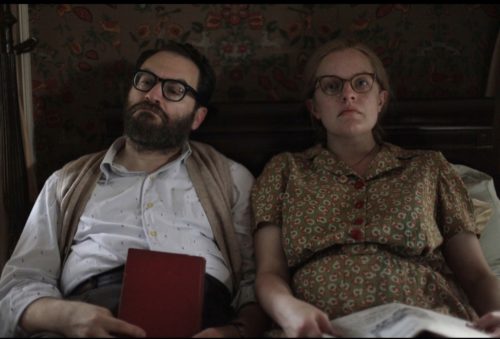 Elisabeth Moss magnificently dominates the screen in a towering tour-de-force performance. Almost akin to classic cinema from the 1940s and 1950s, this timeless tortured role remarkably highlights why Elisabeth Moss continually provides exceedingly electric performances time and time again. Moss and Stuhlbarg’s spellbinding performances perfectly capture their ever-evolving excessive nature and how their demons decimate their daily lives. This complicated drama definitely feels reminiscent of “Who’s Afraid of Virginia Woolf” with Moss and Stuhlbarg’s toxic interdependency intensifying with each passing minute. Their remarkable raw performances fantastically fuel each other. If Moss and Michael Stuhlbarg aren’t awards contenders, it’s truly a travesty. They each deliver stunning showcases that will be talked about for decades.

For years, there was the Harry Dean Stanton and M. Emmet Walsh rule. If either actor appeared, the movie couldn’t be bad. In that same vein, Michael Stuhlbarg has become the go-to scene stealer regardless of the role since his stellar starring role in “A Serious Man.” Once again, he has a juicy role and provides a phenomenal performance. The extreme emotional ranges portrayed by both Stuhlbarg and Moss make this movie a must-see. The sweet and scary side of Stanley creates a threatening atmosphere, which magnificently highlights the terrified, tortured soul of writer Shirley Jackson. Much like Richard Burton and Elizabeth Taylor on/off screen, this dynamic duo brings out the good, the bad and ugly unabashedly to the screen. 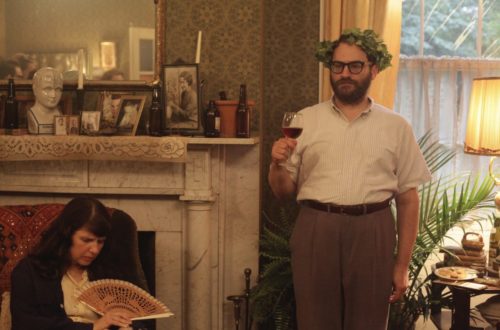 Josephine Decker’s dazzling directorial debut is nothing short of a mesmerizing and mind-blowing. It’s an unforgettable, uncompromising and unorthodox biopic breaking every genre rule pushing the limitations of what’s possible. The intriguing interactions intensify with each character creepily carrying you from calmness to uneasiness. The constantly changing cinematography by Sturla Grovlen beautifully brings to life the mysterious mind of Shirley Jackson. Overall, the movie is a smooth, stylized and scary biopic brilliantly built to make you uncomfortable. In the end, you will wonder what your demons can inspire.