Home / Reviews / Silicon Valley: The Complete Second Season Blu-ray Review! Does The Pied Piper Team Hold It Together During The Sophomore Season?

Mike Judge has made a name for himself in the animated world, spearheading King of the Hill and Beavis and Butthead. Both of those series shared a singular sense of humor, looking at underdogs and people who may have been dismissed outright by society and letting them in on the joke, in a matter of speaking. Now Mike Judge has turned his talents to live action with Silicon Valley, which is every hipster techie’s favorite series as I’m told.

For those of you reticent to start a series as infused with Tech speak, let me say this, the characters in Silicon Valley are people that everyone can identify with. It doesn’t matter what line of work you’re in, you know these guys. Silicon Valley: The complete Second Season is out now on Blu-ray and let me tell you, it sparkles just like the first season. 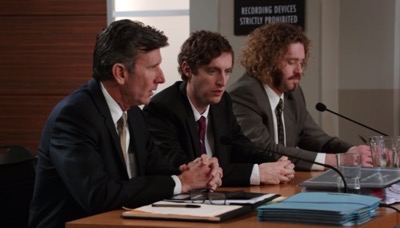 When we last left the Pied Piper gang, they scored at TechCrunch Disrupt. Richard (Thomas Middleditch) the consummate underdog finally had his day and now he and the rest of the team are being wined and dined my everyone trying to fund their venture. The first few episodes deal with the guys pitching their Series A Round to prospective capital venture firms. Of course this doesn’t go off without a hitch. Erlich (TJ Miller) comes up with his own algorithm and thinks that the ruder he is at a pitch meeting the more money they get offered. Sadly, in real life this isn’t too far off. 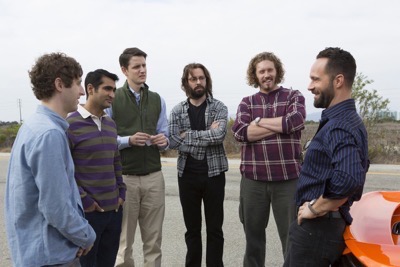 Things of course never go off without a hitch, and the guys have a tragedy losing one of their own (This was due to the death of actor Christopher Evan Welch). This throws all the guys and the series into a spin. Then a lawsuit gets served that mucks up everything even more. This could bring everything to a crashing halt before it even begins.

Of course there are smaller storylines through the season. Dinesh (Kumail Nanjiani) is given his moment to shine. He’s wonderful in the series and really helps ground the show and cut through the techno-speak. Equally good is Thomas Middleditch, he “leads” his team but it’s his demeanor that’s a great cross balance with TJ Miller that makes the actors really come alive as an ensemble. It’s a delicate balance when you have a show so laden with coding, and high tech wordplay, making sure that the characters are relatable to a mass audience in a very specific world. 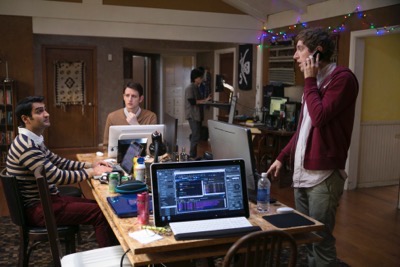 Silicon Valley: The Complete Second Season arrives on Blu-ray thanks to the folks at HBO. The transfer is very sharp and the details come through very clean. Fine textures come across very nicely and overall the picture quality is very good. There are a few scenes that tend to get murky, particularly in the dimly lit or dark moments. 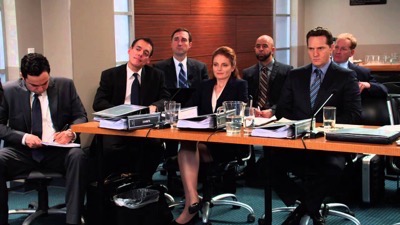 Deleted scenes on both disc one and disc two.

There are three commentary tracks on disc one. Episode one has a commentary track with cast members Thomas Middleditch, Amanda Crew, Kumail Nanjiani, Martin Starr and creator Mike Judge.

Disc two has a short featurette titled Reality Bytes: The Art and Science Behind Silicon Valley. It’s a collection of interviews talking about the series.

Overall, I really enjoy Silicon Valley, if you can get past a lot of the tech speak (which doesn’t bother me, but I know bothers people I’ve talked to about the series) I think you’ll really fall in love with the Pied Piper team. The writing is razor sharp, and the actors know their characters inside and out at this point. I think you would be remiss if you didn’t at least give this series a try.

Silicon Valley: The Complete Second Season is out now on Blu-ray!