Man, there are days when it doesn’t pay to try.

Now… I have heard that Steve Martin was getting nicer to his fans. I know he pretty much signed one thing each after a show and was generally cordial if there was only a small crowd… Now… What I didn’t know… Is that he “just wants to be left alone.”

Yep, crazy. The man behind Three Amigos, Roxanne, The Jerks and other countless comedy classics doesn’t want you to talk to him, look at him or anything for that matter.

Scotty and I headed out to try and meet the funny man before one of his concerts here in Los Angeles. That was a fail. We missed him going in.

So, we decided to wait after soundcheck to see if he would head to dinner.

Sure enough he was. His guy/handler/man on the street said that he didn’t have time to stop right now. We said okay. There were only six people waiting. So we all lined up and decided to work together. 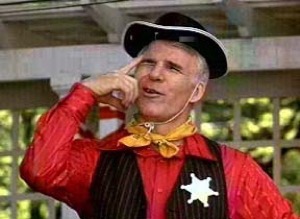 It was a bummer to be sure, because with only a small crowd, he could have signed one each in under 10 seconds.

So, after deliberating, I said… I’m going to try after.

Now, there were four people waiting. No one but me from earlier in the day, one guy was at the show and had his ticket.

Steve’s guy went inside and told him there were the four of us waiting.

When Steve Martin walked out, we didn’t even really ask, he just looked at us and started yelling.

“I’m not doing it, I am no longer signing autographs. I’m 70 years old, I’m done. I’m done with all of that. You wasted your time.”

Someone asked if they could just get a picture.

Steve said, “I’m not doing that either.” and he jumped in the car. 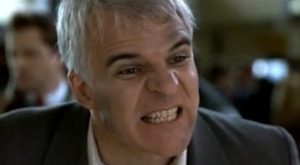 Wow… He’s 70 years old and he’s just done. Stan Lee is 92 and he’s a machine, and loves his fans. I could count so many people who are over the 70 year mark and are fairly cordial. Lily Tomlin, Jane Fonda, Ed Asner, this is only a few.

I understand how throughout a full day having less than 10 fans waiting for you must be tough. I mean sure you can spend $20,000 flying your dog around with you on tour, and have the ability to pluck your banjo and have people come and see you play… what I’m sure some people think is “music” when you feel like it. I know your better comedy days are behind you, but seriously? Is that a reason to be nasty to so few people? 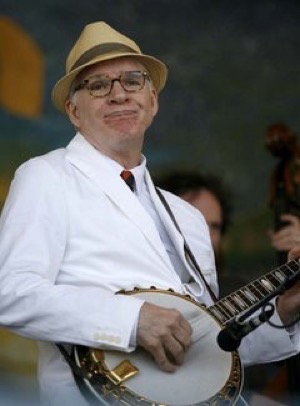 It’s not like people are camping out at Steve Martin’s doorstep these days. Having 10 fans asking for an autograph at different times no less isn’t a troublesome matter, lets be honest.

And then to declare, I’m never signing an autograph? It felt like, him saying, “I’ve suckered you into buying my DVD’s, LP’s, movies, etc… and now go fuck yourself.

The world is a hard place man, when you have the ability to do what you want and regular average people have helped get you to that place, there’s no reason to treat them poorly or act like you’re above them. Get a grip Steve Martin. Seriously, put down your banjo and get over yourself. It’s no longer 1988.

So guys. Just be warned. If you see a Steve Martin, concert, film, movie etc… This is how the man is. Think about that before you spend your money on going to see him.