Awwww… The crimson haired Ms. Pinky is here in La La Land while the Sundance Film Festival is taking place on the snowy plains of Park City Utah.

Now, Usually Pinky regals us with all the fun sightings and photos she gets on the snowy alps but instead she decided that she would take a pass this year.

However, she did a fabulous recap of her time spent at Sundance during years past.

The Sundance Film Festival starts this weekend in Park City, Utah and for the first time since 2002, I won’t be there. It’s quite a big change for me and I’m already missing it. However, I’ll always be grateful for the amazing experiences I had there and all the people I’ve been able to meet.

My journey to the Sundance Film Festival began long ago. Recently divorced in 2000, I moved to Italy for the summer and only came home briefly (or so I thought) to grab my things and move back permanently. But, before that happened, I started to think, “If I could do anything in the world, what would I want to do?” After seeing and loving all the pictures from the festival year after year in magazines, I decided that my dream job would be to work for the Sundance Film Festival. 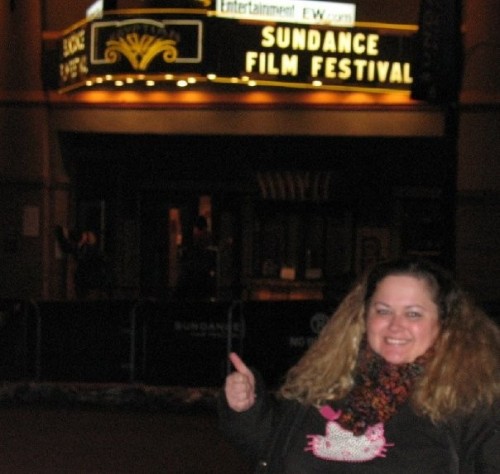 So, I applied for a seasonal festival job in Special Events. And, surprisingly, I got hired. My plans for Italy scratched, I moved to Salt Lake City in October of 2001 and began my love affair with the fest.

My first year there, I was pretty much working all the time. I’d be at headquarters every day in the office from 9am until 5pm. I only saw four movies. I barely even ventured to Main Street. I had no idea what I was doing.

However, we had Sundance parties almost every night which my department was in charge of and we had a LOT of fun. And it was pretty much the first time this small town girl had ever really seen celebrities. Everywhere. Sure, I’d met one or two here or there over the years, but it was never like this. They were everywhere! I went there equipped with four disposable cameras and was quite happy just taking pictures OF the celebrities from far away.

Then, during a screening of XX/XY, I was trying to take a picture of James LeGros as he sat in the audience. He stopped me and said, “Why don’t you wait for me after and I’ll take a picture WITH you.” I was stunned. And thrilled. I had no idea this could really be a thing. True to his word, James waited for me in the hallway after the film and took a picture with me. And it was there that my true love affair and passion for getting pictures with celebrities was born. 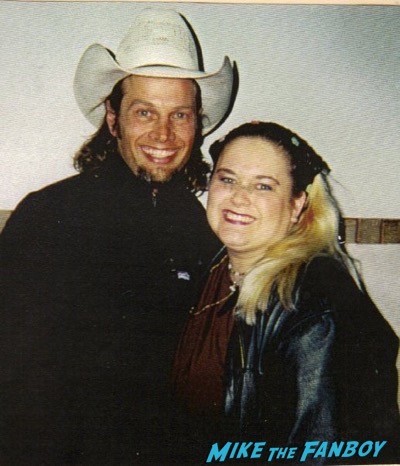 I’ll always be grateful to James for the encouragement and kindness he showed. I even saw him the next year and he remembered me! Such a great guy. 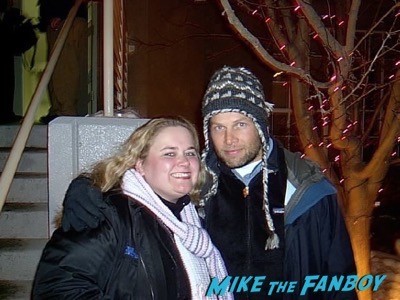 Because of his example, later that week I was able to get pictures with Matt Damon and Robin Williams – not too shabby for my first year there. 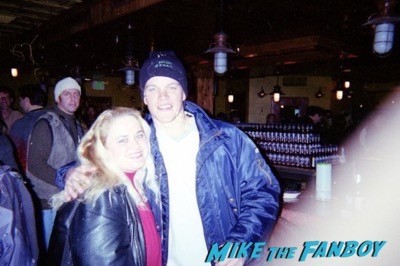 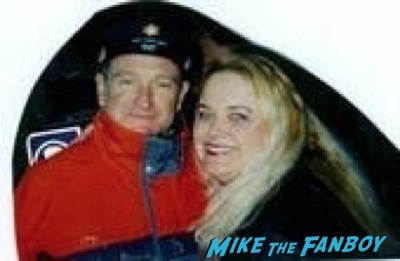 The next year I returned as a volunteer in the transportation department and worked in that position at every festival until 2013. Last year Keith and I went back as merely festival goers and so that I could show him why I loved it so much. Despite the cold, I think he could see why I loved it. I still do. I’m sure I’ll be back again. I was going through my pictures to share with this article and found an array of random encounters that fill me with glee:

Meeting Amy Adams when she was just starting out and had won a special Sundance award for acting in Junebug. 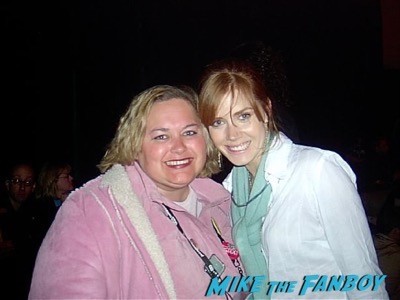 Becoming friends with Ben Foster the first year and seeing him over and over throughout the years (our snow picture is the best). 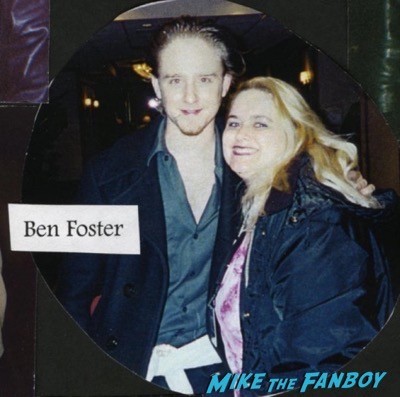 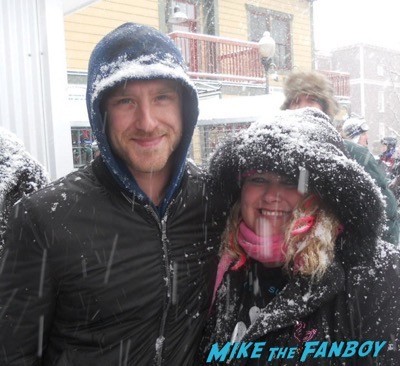 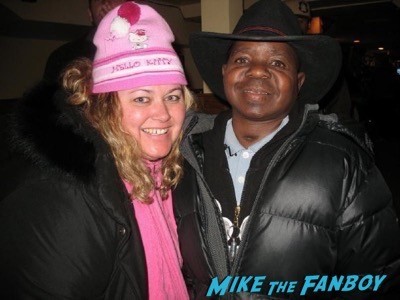 Driving Glenn Close to a screening in her car. 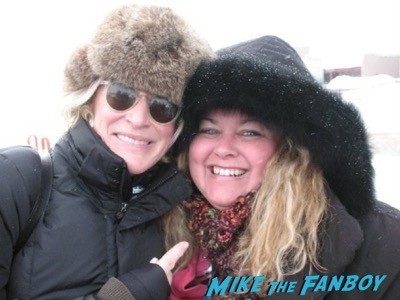 Being one degree from Kevin Bacon. 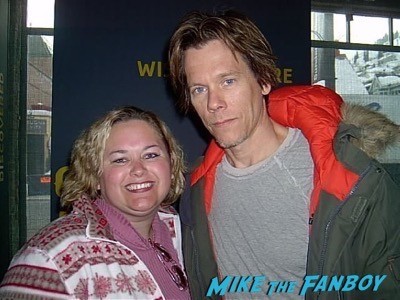 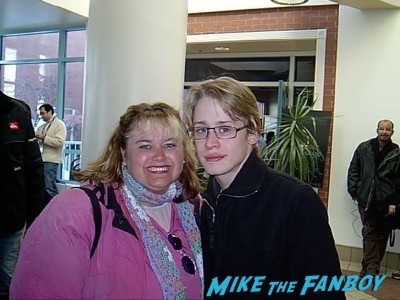 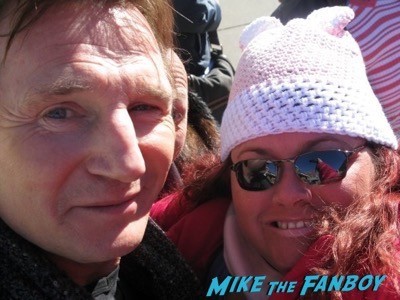 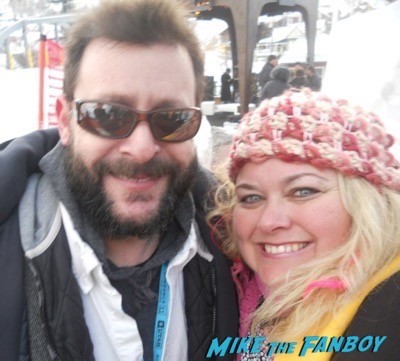 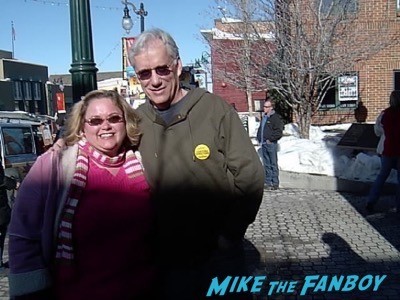 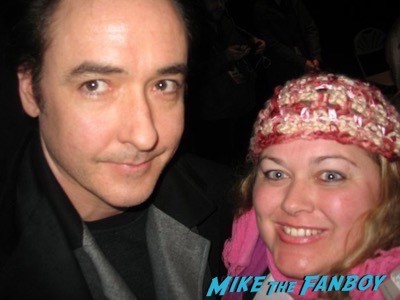 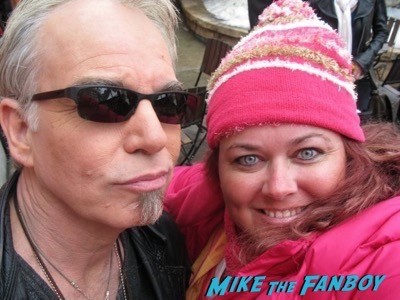 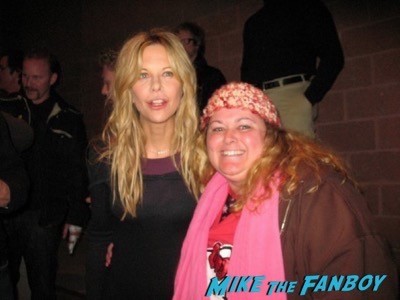 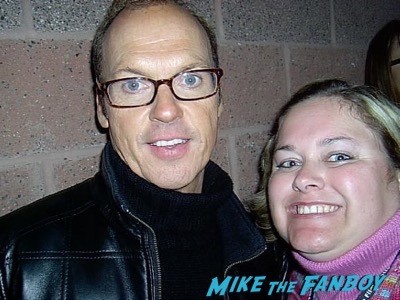 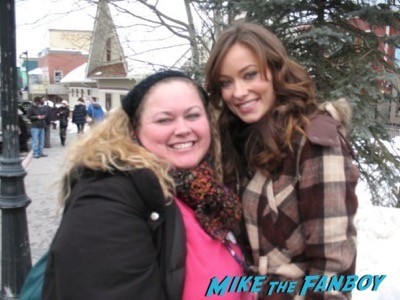 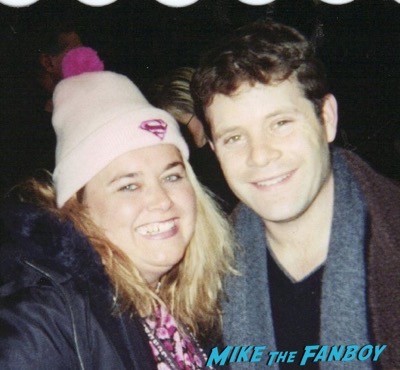 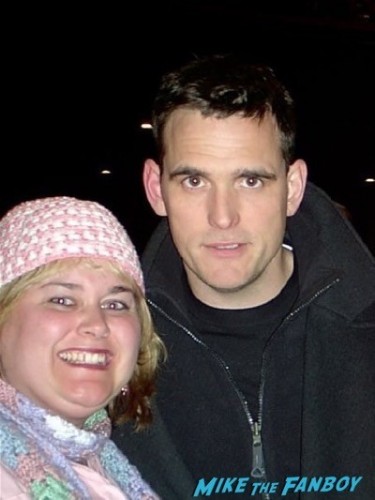 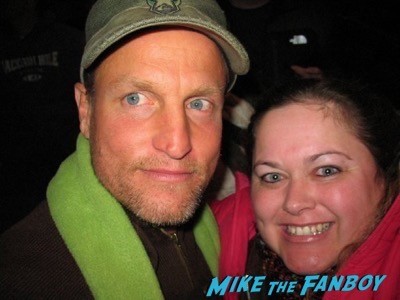 Trying to slyly get pictures with Quinton Tarantino at a party was probably more fun that actually getting a picture with him. 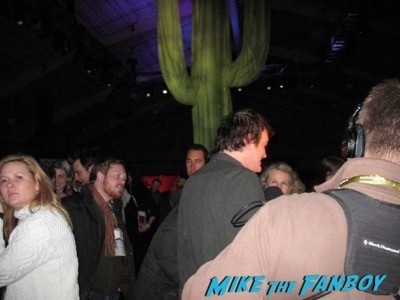 Sharing laughs, stories, and drinks with Mark Ruffalo when he grabbed my pinky with his pinky and said, “Hi, Pinky.” 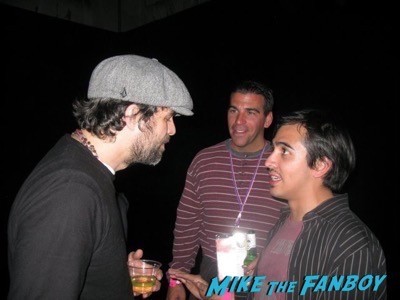 Setting my hair on fire in front of Benicio Del Toro. The list goes on and on. My friend Scotty made a short film about my Sundance love in 2005 called, “Pinky’s Fandance,” although everything in it seems so long ago now. Over the years, my ability to get pictures improved. I met the best friends and closest group of people ever. I met my girl Heidels in line for a Matthew Perry movie and we’ve been Sundance BFFs ever since. 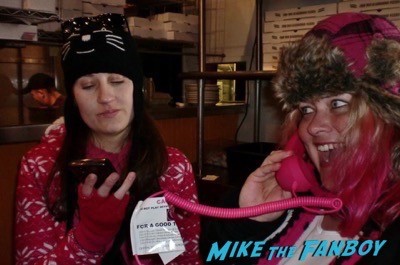 I love my friends. I love the opportunities and experiences the festival allowed me and the incredible talent and movies I was able to experience. 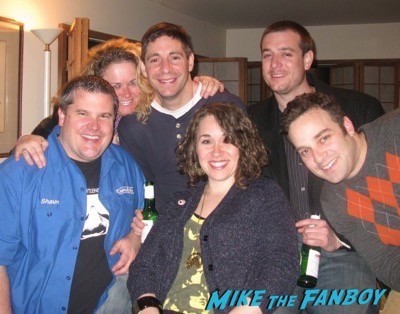 I will never regret all my time spent on a freezing cold mountain in Park City, Utah. Thank you, Sundance. I shall miss you this year. But, I love you desperately and will return again someday.