Milus and his Knights set up camp half way through their journey and he is definitely in good spirits about their hunt. The surviving sister is bound to a wagon. Her shameless flattery works on Ash. Not being able to deny her request, he relieves her from the ties with her promise of remaining on the wagon; but of course she runs away the very minute he walks away. Ash disappears into the woods right behind her. 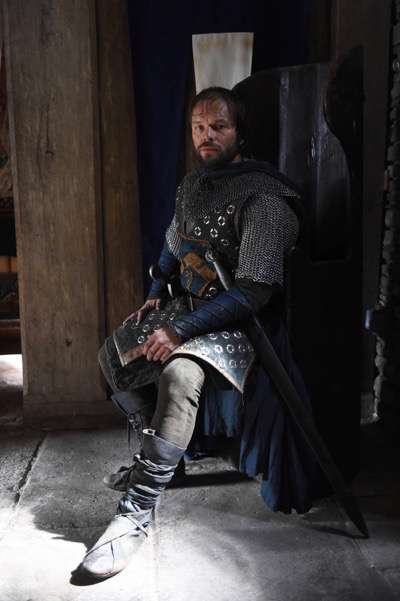 Ash surprisingly didn’t alert the Knights about the runaway maiden immediately. Instead, he brought it to their attention after following her. Milus was not so pleased and it forced him to advance their attack on the Deddington Monastery. Can’t quite figure it out, but Ash is certainly acting weird; well, more than usual. His smirk at the end was not comforting.

Milus and his Knights accompanied by Wilkin and Toran arrive at the entrance to the Deddington Monastery. Wilkin scans the perimeter to assess their security. Since it’s hard to predict their numbers, they cook up a plan to draw them out. Unfortunate for Ash, everyone unanimously agrees to send him out as bait after Ash walks in on their strategy meeting with a wild one. He is no Trojan horse, but Bernadette sure got the work done. Ash’s “quirkiness” finally came in handy. 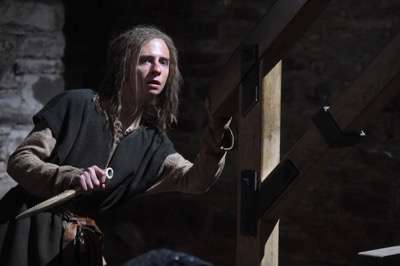 Wilkin joins in on the fun as Ash’s brother. They attack the few outside the gates and flee towards the waiting Knights. After taking them all down, Milus and the gang enters the monastery undetected. They raise havoc and none of the men stand a chance against the Knights. Milus snatches one alive to inquire about Gaveston’s quarters. He threatens to strip him and stuff his mouth with his fellow deceased friends’ man berries. Safe to say he spilled his own beans before Milus went any further.

Gaveston gets a surprise show during his supper. The Lord of Deddington joins the party with his mistress. Too bad it was more of a nightmare than a surprise. Milus wants the Lord to hand over Gaveston willingly, but obviously he has no intention of playing Milus’ game. In an attempt to convince the Lord to the proposed deal, his mistress is placed in the mercy of Wilkin’s able hands. Wilkin refuses to torture the innocent, but Milus twists his arm by offering them the chance to take full vengeance on the Knights responsible. Toran goes out to find proper tools to carry out the torture, and Ash is more than happy to lend a hand. 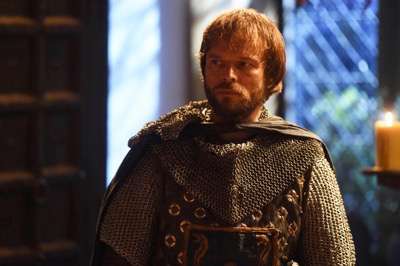 Wilkin promises the maiden not to harm her if her screams are terrifying enough to break down the Lord. She put on quit a show to change the Lord’s mind; he finally signs the papers agreeing to Milus’ conditions. Sure he stopped the torture by caving in, but it took long enough to create a wedge between them. Milus notices the lack of blood and is impressed with their cunning tactics. Toran’s smile is hard to dismiss.

After winning the battle, Milus moves on to make his victory even sweeter. He takes his well deserved revenge on Gaveston, now that the tables have turned. He literally chokes Gaveston with his Excalibur. Yikes! It seems like that might have been his “last meal”. 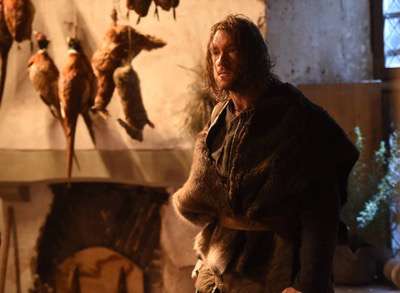 The next morning, Milus presents Gaveston to the Earl of Warwick in exchange for the agreed reward in silver. They put him on trial and surprise surprise, Gaveston is found guilty and sentenced to death. Milus and Early of Warwick hesitates to behead Gaveston as it might come back to haunt them. Fortunately, Wilkin steps in to carry out the execution. Can’t say it was the cleanest beheading, but truly the most disturbing one of all. Gaveston’s half sliced face twitching after death is enough to create nightmares for a lifetime.

The gang leaves Deddington after the execution. Ash is especially in a cheery mood. Seconds later, we witness the utter horror this little human has left behind. WHAT???? I don’t even know where to begin. I mean… WHY? HOW? OMG!!!! I guess the maiden did not get away after all; instead she rests puzzled on the grass in her birthday gown. Just when you thought this episode can’t get any more disturbing, they throw this at us. 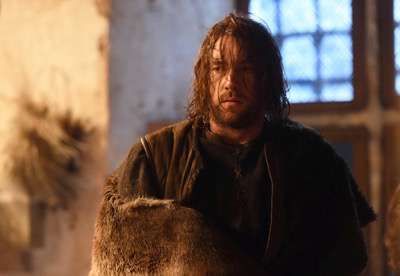 After waking up from her Irish tonic, Jessamy still tries to carry on with her charade. Nonetheless, Lady Love confronts her about her elaborate allusion. She gives Jessamy the choice between life and death; either she goes on with her charade and face the death penalty for assaulting the Baroness, or accept the truth and live under the protection of the Baroness.

Lady Love takes care of Jessamy. Her kind heart is gentle yet strong. Jessamy raises the obvious challenges Lady Love faces in getting involved with Wilkin. The Baroness is still on the fence, but her gravitation towards Wilkin is too strong to ignore. Jessamy requests to see her children. Lady Love realizes the absence of Father Ruskin and Luca, but she spare Jessamy from the truth to protect her fragile sanity. 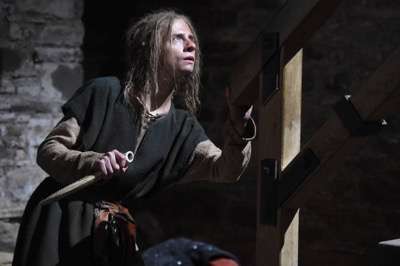 Upon the Knight’s return from the hunt, Lady Love is relieved and happy with the results. She informs Milus about the disappearance of Father Ruskin and Luca. He leaves to gather a search party, but urges Lady Love to tell Wilkin since her presence puts him at ease. Wilkin is not too happy about the news, but he is glad to hear about Jessamy finally embracing the truth. He suspects that Father Ruskin might be visiting Annora. So he prepares to head out in search of them.

After the abrupt kidnapping, the Archdeacon treats Father Ruskin and Luca well; he feeds them and shows “compassion” before attempting to get the information he needed out of them. The Archdeacon tries to have a rational discussion about the scriptures under Annora’s protection. He claims them to be dangerous and could lead to chaos and disorder; however, having read the scriptures, Father Ruskin is quite aware of the true disturbances it creates within the church walls.

It’s amusing how the Archdeacon manages to make his ostentatious statements sound so reasonable; lying in the name of humanity. Luckily, Father Ruskin is more than a priest; he is not willing to blindly accept and bend to their desire. He stands and fights for the truth. The Archdeacon’s constant questioning goes unrewarded. 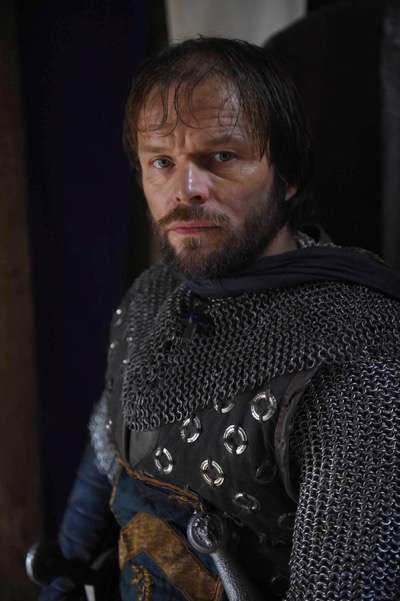 Father Ruskin uses a wishbone to free himself from the bounds and kills all the soldiers inside the cave. He is one badass priest. We finally find out that he use to be an assassin. No wonder he is amazing with any sort of blade. Too bad his wish for freedom runs out as soon as they exit the cave. An entire army stood before them at the mouth of the cave.

Annora wakes up shaken. She is aware of Father Ruskin and Luca. She immediately flees the cove by the coast. Wilkin comes home to see Annora waiting for him. She confesses that their disappearance is her fault. Having no knowledge of the sacred scripts, Wilkin has a hard time wrapping his mind around it. He absolutely has no patience for Annora’s cryptic words. She is taken aback by his sudden burst of anger. Wilkin accuses her of being the true devil and storms out. “Please Wilkin, no. My son” Yup! She said it people. These words freeze Wilkin in his tracks. Annora has some major explaining to do. The surprises kept pilling on this week and I can’t imagine what’s in store for us next week; the big season finale. Will each of them get their happy endings?