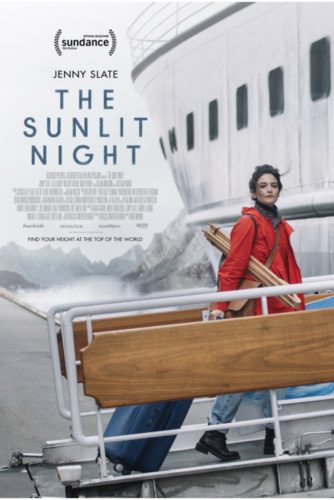 Art is in the eye of the beholder. Despite engaging efforts, Jenny Slate struggles to find the perfect style to truly shine in “The Sunlit Night.”

Aspiring painter Frances (Slate) can’t channel and capture the right style in the New York art scene after missing out on another painting residency. Soon Frances’ fractured life continues crumbling when her boyfriend breaks up with her, her parents (David Paymer and Jessica Hecht) get separated and her younger sister (Elise Kibler) becomes engaged. Looking for an escape, Frances eagerly accepts an assignment to work in the Arctic with an eccentric Norwegian artist (Fridjov Sáheim) in the country’s distant Lofoten Islands. Hoping the change of scenery will ignite a spark, she stumbles across and meets a fellow New Yorker Yasha (Alex Sharp), who is in search of a proper Viking funeral. 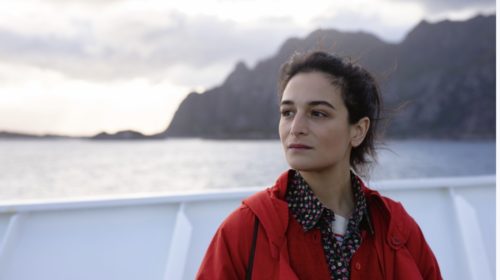 Based on the novel by Rebecca Dinerstein, “The Sunlit Night” never quite finds the proper balance and comes across as a meandering, muddled love story. The chaotic, clumsy and almost episodic nature of the story shrewdly disappoints viewers despite another amazing performance by Jenny Slate. Unfortunately, the messy movie misses opportunity after opportunity despite a fun film cast.

Jenny Slate somehow steals the show no matter how big or small her role seems to be. “Obvious Child” and “Landline” fantastically capture her quirky, unconventional and amazing personality demonstrating her wonderful range. Once again, Jenny Slate showcases her comedic and dramatic skills, but the filmmakers fumble her valiant efforts. Slate continues developing her acting abilities and plays to her strengths, but the inconsistent tone and scene selections make it unfortunately uneven. However, the biggest tragedy is under-utilizing David Paymer. Some might be intrigued to check out Gillian Anderson and/or Zach Galifianakis, but its Paymer who steals the show as Frances’ dad and is absolutely hilarious! Paymer proves why he is one of the most underrated character actors around and an Academy Award nominee. Truthfully I wish there were more scenes showcasing Slate and Paymer’s chemistry, which felt akin to classic comedies from the 1970s, especially of the Elaine May and Neil Simon variety. Sadly, those scenes merely bookend an otherwise forgettable film. 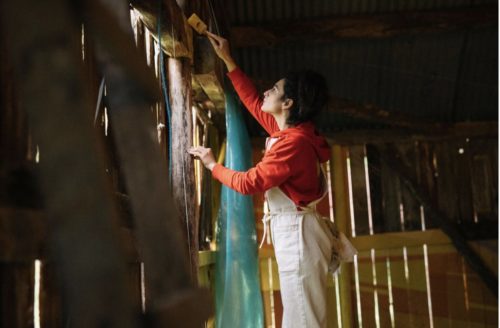 Regrettably, the troubled twentysomething angst and mismanaged plotline could be best described as a stereotypical Sundance movie. Sure, there’s cool cinematography and Slate’s sensibility seem sweetly familiar, but beyond that “The Sunlit Night” never quite captures the right tone or enough excitement. It’s as though there was something lost in translation with Rebecca Dinerstein adapting her own novel. Unlike a Jackson Pollock painting, the most random radical and abstract styles in the movie don’t jump out at you. Instead, it’s a bunch of ridiculous randomness that you frustratingly feel disconnected despite the best of intentions. “The Sunlit Night” is a bumbling, baffling effort by David Wnendt and is somewhat satisfying if your expectations are low.