Home / Fanboying! • Marvel • Q and A / The Judge Q And A! With Robert Downey Jr. And Robert Duvall! Awards Season Goodness!

Awards season is in full swing, and here in Los Angeles, there are so many awesome events. So many in fact, that one person just can’t do them all! I was lucky enough to score tickets to a rare screening of The Judge followed by a q and a with Robert Duvall moderated by Robert Downey Jr.

The film itself was a great character study. Robert Downey Jr. is really good and it was nice to see him in a role different than Tony Stark. Robert Duvall was fantastic and really developed several levels of emotional intensity.

Once the film ended, the Robert’s came out and started the q and a.Immediately you could tell this was going to be a loose and fun evening. 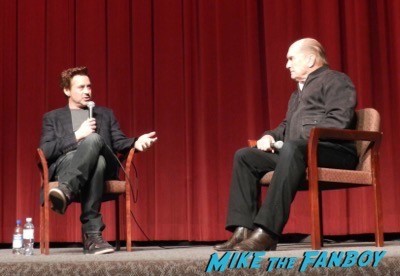 It was honestly a stunning evening. Robert Downey talked about Palm Springs and Robert winning the icon award there.

“There was something so impactful for me, being an American actor, and seeing in the space of a couple minutes this barrage of work. Because I know you, I know you don’t like the word icon, but to even transcend that. I feel like the natural progression of it and I think that was evident in The Judge.” Said Robert Downey Jr. 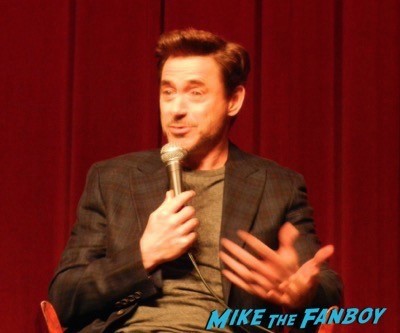 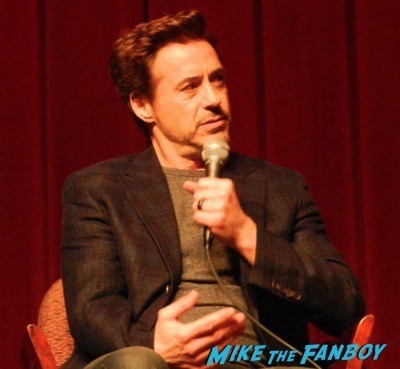 Robert was so light and fun. Both Roberts in fact held the audience in the palm of their hand.

“I don’t go back and watch my films a lot. I do it, but you have to be in the mood to do it.” Said Duvall. “I haven’t seen all the films I’ve done, some are lemons you know.” 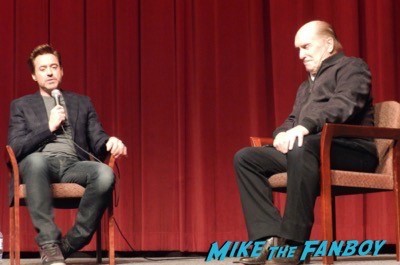 When asked about his inspirations Robert Duvall said the following:

“I think if you don’t have heroes you don’t grow. I guess when we were young, it was Brando obviously. I heard when he was young Brando, used to watch Candid Camera. He was a great guy.” Duvall said, “When we did Lonesome Dove, we drove way out in the middle of nowhere and sat with Sammy Ball, the quarterback with the Washington Redskins. He didn’t know who I was and I sat with him for two hours and I took that as an influence. As a kid, he was a hero, I love American football. I gained something from him momentarily.” 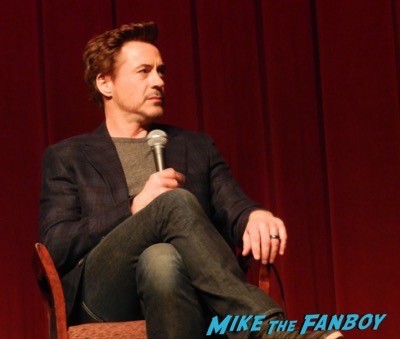 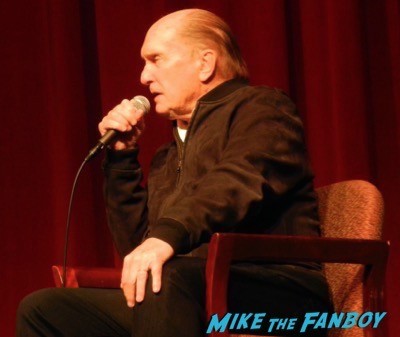 “Robert said he really believes that this new generation of actors and actresses are better than ever.” Said Robert Downey Jr.

When thinking of their career, even the greats think that they aren’t ready for a role.

“I said no to this one, (The Judge) at first. I thought it was over my head. Then I said yes.” said Duvall. “Then I said yes, Especially early in your career.”

“I knew for anyone at any stage in their career this was a mountain of a role and The Judge was a big thing to do. We were both nervous, from the very first day.” Said Robert Downey Jr.

“You have to defeat your own nervousness sometimes.” Said Duvall. 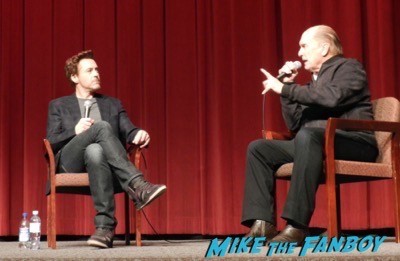 After the q and a ended, Robert Downey Jr. left the stage but Robert Duvall was happy to meet with everyone in the audience. Such a kind man. He signed my Apocalypse Now mini poster and even talked to me about the film for a second, asking me if I saw the Redux version of the film. 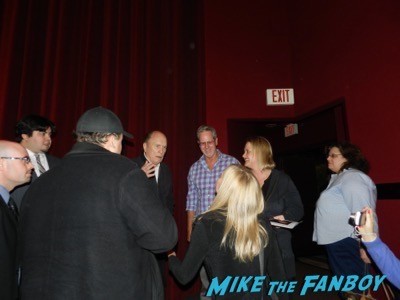 I have to tell you, Robert Duvall is such a nice man. 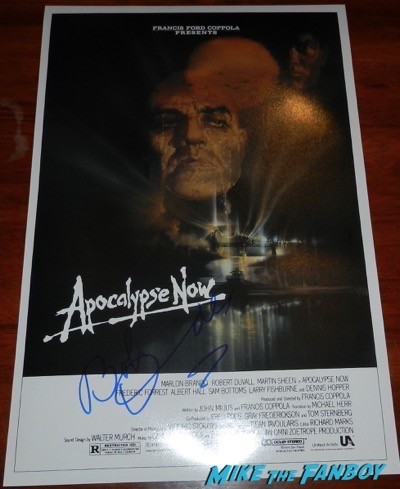 It was a great end to a fantastic evening! 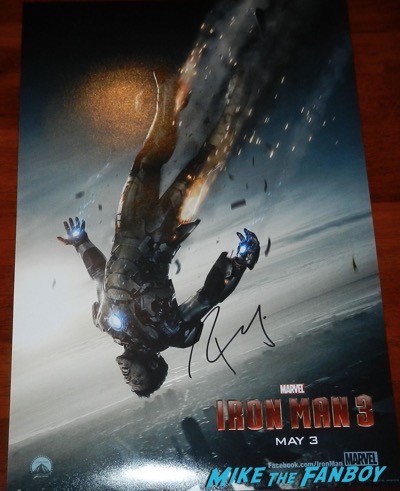