Home / Fanboying! / The Neon Demon Q and A! Meeting Keanu Reeves And Seeing The Wildest Movie! Autographs! And More!

The Neon Demon is the newest film from director Nicolas Winding Refn who also did Drive and Only God Forgives.

There was a screening this weekend followed by a q and a with Nicolas Winding Refn and none other than Keanu Reeves.

As you all know, I love me some Keanu Reeves so I had to go.

The Neon Demon is not for everyone. It was an odd trip to say the least. I was with it for a while and then… Not so much. Keanu Reeves is great, Bella Heathcote is great, but the film itself… Not my style. It’s a trip into something. There are triangles, and I was cool with the overt symbolism until Jenna Malone started making out and having sex with a dead corpse. I do draw the line there. But that’s just me.

The q and a was good, I’m sorry but it was so dark it was hard to get any decent pictures. Sigh… 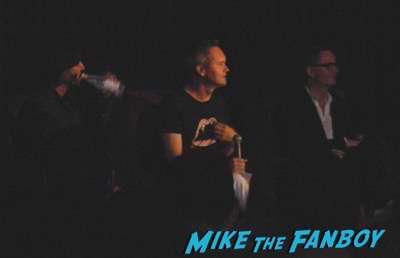 “We saw pretty much every actress in Hollywood and it was such a specific role and I was looking for a sixteen year old girl at the same time.” Nicolas said, “My wife saw one of Elle’s films and I met her and she walked through the door, I was like, ‘oh my God you’re one of the best actresses I have ever seen!’ If you I was sixteen years old, this is what I would want to look like.” 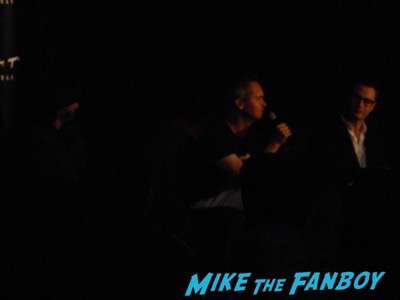 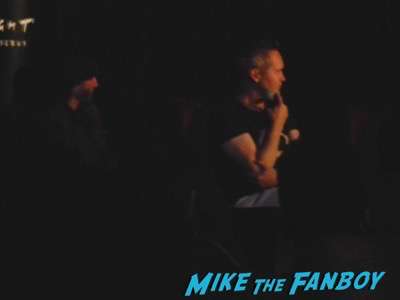 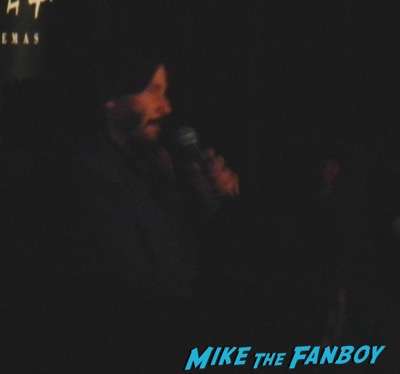 Keanu Reeves talked about getting involved.

“I was a great fan of Nicolas’ and when I read the script and was told to look at Hank and I was like, ‘Yes!’ I went to Nicolas house as well and I begged.” Keanu said.

His character is very dark and Keanu talked about that.

“I felt like I was the keeper of this dark netherworld. I called him the menacing motel manager who has his kingdom. There was a lot to play, I looked forward to working with Elle and Nicolas. It was a great time.” He continued. 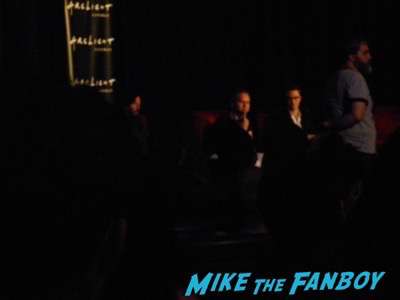 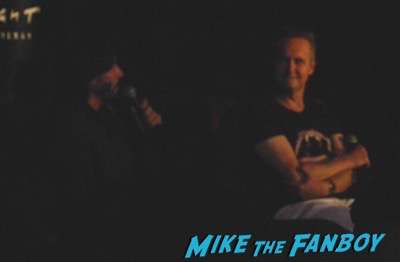 There was one scene where Keanu and Elle filmed a tough scene.

“It was really intense, there was a fake knife, a rubber knife, a real knife… After a while Elle just said, ‘use the real knife.’ The sound on her teeth… It was a little weird.” Keanu mentioned. 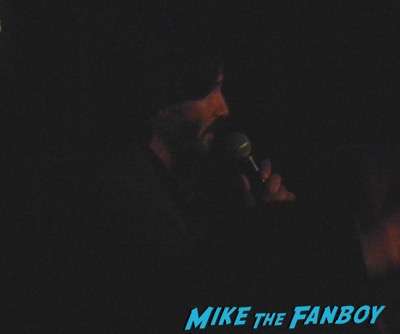 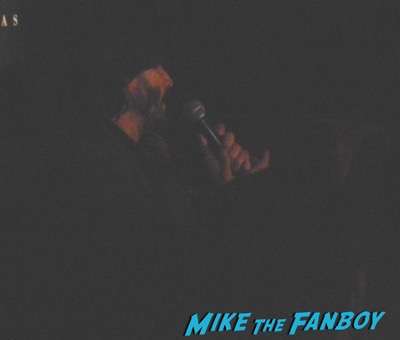 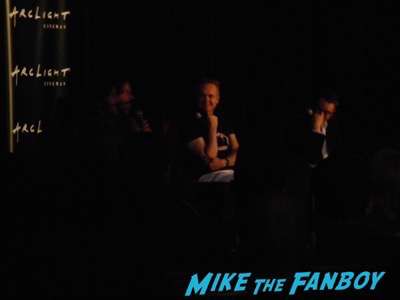 Keanu Reeves apparently watched the film with the audience and had his own questions, after seeing the viewing.

“I still want to know what the fucking triangle and the birth of her ego, and kissing herself and womanhood… What the fuck is going on there!” Keanu exclaimed. “I love that it’s not normal, and there’s cinema going on. I know you don’t want to explain shit, but I dunno man, triangles and color shift, and reflections, a young girl looking at herself and yet she’s objectified by the filmmaker. What the fuck?” Keanu said with a laugh.

That was given a quick,

“What do you think?” By Nicolas Winding Refn. LOL.

After the screening it was a little crazy. A lot of people went to the front and Keanu signed a bit for people. I wasn’t able to get tickets that close but was able to get up there.

Keanu Reeves has always been a nice guy and it took a second but I was able to get him to sign my Matrix Reloaded mini poster that Carrie Anne Moss already signed. It looks so good.

It was an interesting eventing to say the least. 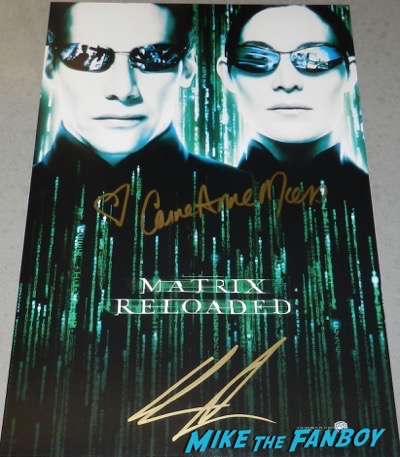 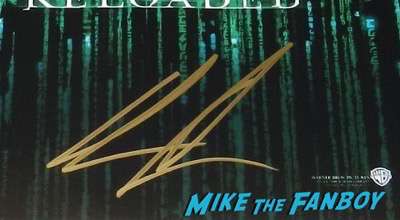