I used to love the Pound Puppies! LOVE THEM! That was of course back in the day, and now… Well, I’m older…lol… Not that much older though!

The Novel Strumpet is weighing in on the new version of the Pound Puppies and more specifically Pound Puppies: Homeward Pound now out on DVD!

Personally, I have my own Pound Puppy that I love but I don’t think he’s necessarily from the Pound, lol…

Check out the Strumpet’s Review after the jump!

I love walking down memory lane, especially when it comes to reliving my childhood and Saturday morning cartoons, so when Mike asked me to watch the new Pound Puppies DVD I was super excited. I loved the Pound Puppies as a kid, those droopy dog faces with those big ol’ sad eyes that somehow became somewhat happy once you ‘adopted’ a pup. Come to think of it there was a lot of adopting going on in the 80’s…adopt a Pound Puppy or Pound Purry, adopt a Cabbage Patch Kid, weren’t there other toys you adopted? What’s with that? Anyway…Mike asked me to watch a DVD called Homeward Pound which includes 5 episodes of Hub TV’s version and I said, sure.

I’m expecting Cooler and the gang, I’m expecting “Pound Puppies…let’s start pounding”, in fact didn’t Cooler laugh like Eddie Murphy or similar to that? They wore clothes, and what was the kid who always told tall tales? Whopper! Then there was one that looked like Harpo Marx. And then there was the lady who ran the place, kind of a red head Cruella DeVil and she had a snotty kid and then there was some other kid who worked there that helped the Pound Puppies…Holly. Anyway, I was all ready for clothes wearing, Eddie Murphy laughing, tall-tales telling puppies who are going pounding and saving other puppies and themselves from being turned into fur coats. 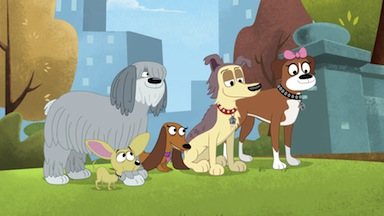 So I looked at the DVD and what’s this? They look like different breeds of dogs? None of them have those large sad puppy eyes? No Cooler, no Whopper, no Harpo Marx…it’s Lucky (a mixed breed), Strudel (Dachshund), Niblet (Sheepdog), Squirt (Chihuahua), etc. Plus they all stay on 4 legs?!?!?!?! WHAT’S GOING ON?????? And it’s now “A pup for every person and a person for every pup.” I don’t know about this….

So after looking at Hub’s website I see that it wasn’t in order but a bunch of different episodes from Season 1 so the first I watched was Homeward Pound (Episode 11). Yeah…wasn’t working for me. I like the fact that they were trying to teach kids about working together (two of the puppies fall asleep on a plane and then get stranded in the Canadian wilderness and fight over which way to get home) and the value of friendship, but it fell really flat. Then I watched Episode 8: My Fair Rebound, where one of the pups they got adopted was so happy with her owner, but her owner (voiced by Betty White btw, so she was great) had this long standing feud with some other rich lady so she decided to enter Rebound into a dog show…so of course the lesson was you should love your pup (I’m guessing by extension friends) no matter who they are and being yourself is ok. Meh. I sat through the other 3, much of the same.

Here’s the thing. I like teaching kids lessons through cartoons, that’s great I’m all for it, but make it fun and entertaining. This goody-two-shoes version is just boring. This revamp has all the gumption of Mr. Rogers because we have to be all “PC” it’s all about affirmation and positivity so we can’t have them being in true danger and escaping, or have sarcasm, instead we have the Canadian dogs saying “Eh” every 5 seconds to add comedy. Plus the pound is all clean and seems happy and the people running the place are nice. What’s with that? I want Cooler’s laugh and snappy comebacks not Lucky’s fatherly advice and calm demeanor. 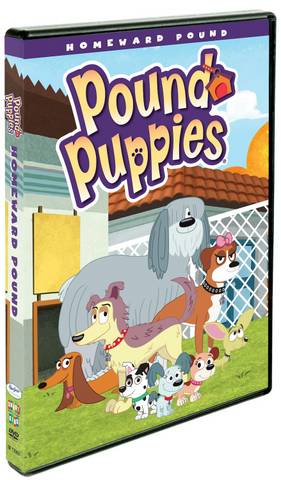 I do like that they have actual dog breeds, that’s kind of cool, and they work with squirrels and who can go wrong with a bunch of squirrels? They have it set up as a world-wide network but if you’re trying to make it global don’t you think you’d have the dog in China actually sound like they’re from China? I don’t know, maybe I’m expecting too much as an adult but I watched a lot of cartoons as a kid and I know I never watched any that were this…how do I say this…blah.

However, I recognize that a) I’m old and b) I’m not a parent so it’s hard to say if I had a 4/5 year old running around that this wouldn’t be a fun show for them but I remember being 4/5 years old and not watching things like this, even Sesame Street had some characters with a little ‘bite’ to them (Oscar the Grouch was of course my fave). Obviously I would never have been their target audience even as a kid, I think this is for people who liked shows like Care Bears (loved the toys, not the show) since I remember that being quite tame as well.

So points for the fact that it is not just a copy of the original and they’ve really made it it’s own show, that they are teaching kids positive life lessons and showing them diversity by having the dogs actually look different. However, it’s too goody-goody for me, Lucky, the leader, comes off a little condescending at times and that’s a big turn off for me, and I find it a little offensive that a show which seems like it’s trying to show diversity results to stereotypes for humor and that’s not funny eh.

And now for the bestest Pound Puppy of them all…. THEO!!!!!! 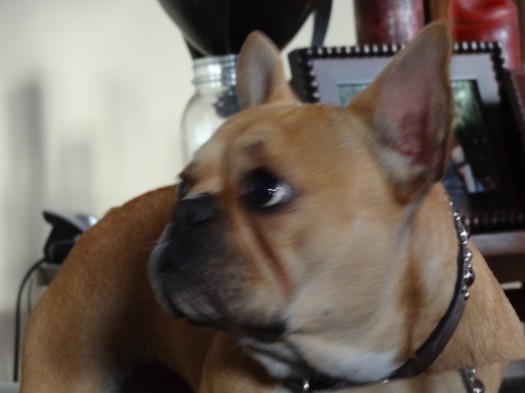