RAMONES Mania!
I fell in love with he Ramones the first time I heard them on KROQ in the mid ‘70s. I started buying their albums after reading about their in Circus Magazine and how they had influenced the then-current Sex Pistols, who were making a bigger splash in the news around here. Some friends of mine went to a concert at the Roxy that they were filming for a movie. Coincidentally they were shooting a scene at my High School gym for the same movie as well. By the time that movie, “Rock N Roll High School” was released,  I was calling them my favorite band. I saw the movie in theatres several times, which is a good thing because the release didn’t last very long.
Not long after, I waited in line at the Ticketron window at the Santa Monica Sears store to get my tickets to my first Ramones show at the Palladium in May of 1980. Their newest LP, “End of the Century” had just been released, and they did a promotional  appearance at the Music Plus on Vine Street in Hollywood. Armed with an old Cannon SLR  35 MM camera, I took pictures of my friends and the Ramones as we all got albums and pictures signed. To my dismay, the entire roll of film was accidentally exposed and the one time I actually had a camera with me, it was a massive failure. I did, however, end up with a signed “End of the Century,” a promotional  8X10 and a “Live” LP which Marky signed as (squiggle) Ramone since Tommy was the drummer on that LP.
I managed to see them several times over the years, but never got another photo op. Its hard to accept that all 4 of the original Ramones are gone, but rumor has it that Marky (the second drummer) is making a promotional tour for his BBQ sauce soon, so who knows. Perhaps this old fan girl will get a chance to fix a tiny part of that forever ago fail. 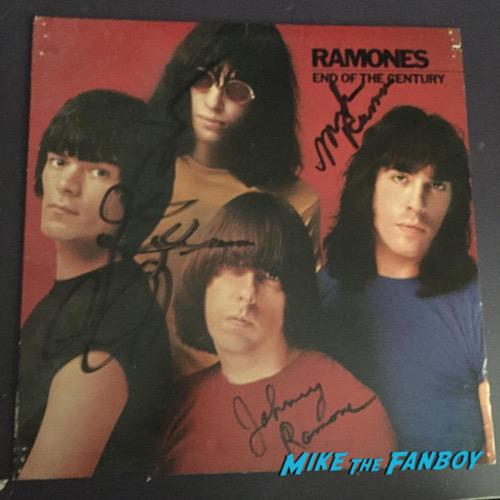 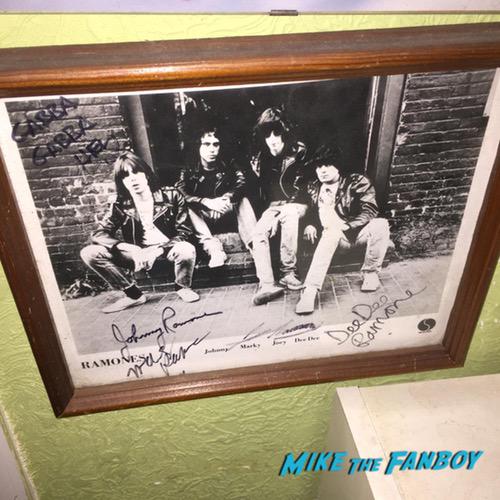