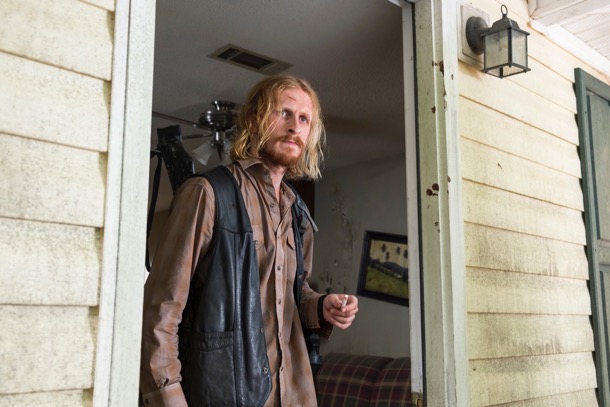 The opening of watching Dwight (Austin Amelio) frantically running to the cell block to see if Daryl (Norman Reedus) is still there brought a smile to my face. That panic and fear when he knows that he’s screwed up and he’s going to have to answer for it to Negan (Jeffrey Dean Morgan). He opens the empty cell, searches one of the guest rooms, and comes upon the infamous note that helped Daryl escape. He brain is thinking hard on trying to process the situation but before he can act on those thoughts—Boom—comes in Negan’s thugs and kick his ass properly. That’s some karma there, you dick.

So now he knows he has to go out and redeem himself by finding Sherry (Christine Evangelista) because Negan wants her back so that he can punish her for helping Daryl escape. Plus Dwight has to prove his allegiance to Negan AGAIN since now he doubts him with this screw up. Dwight keeps it to himself but he knows where Sherry would go. Their old house together. But when he gets there all he finds is a long letter from her. In it she admits she let Daryl out because he reminded Dwight of who he used to be in the beginning. She blames herself for letting them be a part of Negan’s Saviors which is what turned Dwight into a changed man, a killer. She explains she had to leave because she would rather be dead than be there and she didn’t tell him because she doesn’t trust him anymore. Of course this crushes Dwight and he has his freak out moment of anger at the letter. But it’s true! As long as he’s a part of Negan’s army he’s not going to be the man she married. He just had to be made aware of it. Another instance where we’re supposed to be sympathetic for ol’ Dwighty. I guess I am a little bit. But then I just think of how he’s been to all of our Alexandrians and it quickly reminds me how he did this to himself. Did he have a choice? Probably not. But the fact still remains he’s a changed man and for a whole lot worse. 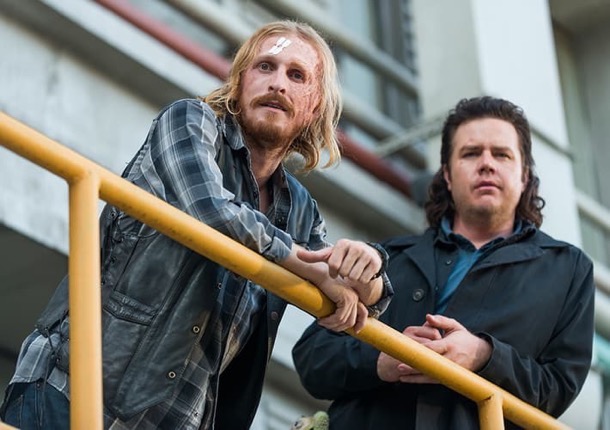 And he proves it even more later on when he returns back to the Saviors stronghold and has to figure out how to fix everything. And the best way to make yourself look better is to find the person who caused the problem. Well in this case it’s not the truth but Dwight frames the Saviors’ medicine man Dr. Carson (Tim Parati) by leaving part of the note Sherry left him in the doctor’s desk. He cooks up a story that Sherry was eaten by “walkers” but before she died confessed Carson’s involvement in Daryl’s escape. Honestly it’s so flimsy and far-fetched I can’t believe Negan goes for it but the piece of the letter AND the fact that I think Negan just really wants to believe that Dwight is on his side leads to the poor doctor unexpectedly (to him) being thrown into the furnace! See? I don’t shed tears for Dwight. He is quickly digging his grave in this universe and I look forward to his reckoning. Hopefully at the hands of Daryl!

Like things haven’t been going bad enough for our favorite big lug of a mullet this season Eugene (Josh McDermitt) gets taken prisoner by Negan after he finds out that he knows how to make bullets from scratch. Pretty useful trait to have in the apocalypse so Negan decides he wants to pick his brain some more for whatever other golden nuggets are up there. While Eugene fears the worst and is consistently in the crapping his pants mode, he gets back to the Saviors base of operations and is treated more like their special guest than a prisoner. He is walked around and given a tour explaining on how the lesser residents live there in poverty and servitude but he’s told he is above their level and can command whatever he wants be it food or material objects to keep himself content. After all that it’s time to see the man in charge and that again reverts Eugene back to a shaking leaf as he is standing in front of the man that brutally ended several of his friends lives right in front of him. But Negan just wants to see what’s ticking inside that brain of Eugene’s, he wants the man who can create things to make his group stronger. He presents Eugene with the dilemma of keeping the walkers from decomposing so as to be used as a defense and he comes up with pouring metal over them to incase their bodies from the elements. In appreciation for this Negan shows his gratitude by sending over some of his wives to give him some attention because especially in the apocalypse human intimacy is a premium value. 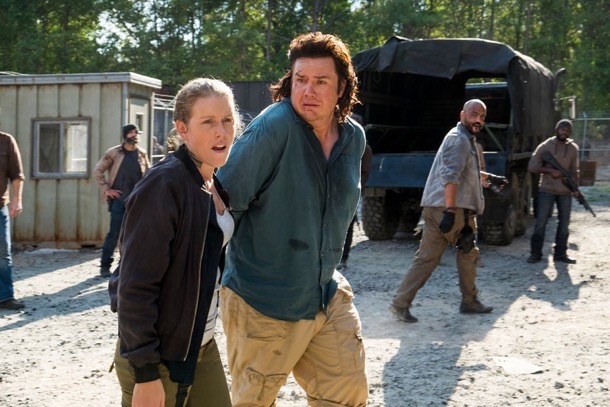 And that’s how it begins. You take a man who by all appearances has not been appreciated for his intelligence and ideas in his time before the apocalypse or currently and show him a place where he is welcomed to create. The three wives that Negan sends over are obviously bored with their lives and two of them take advantage of Eugene’s innocence to entertain them and give them some distraction from their situation by messing with chemicals and making things blow up like teenagers in junior high. Only thing is they try to take it a step further and use his brain to concoct some fatal pills for them so that the other one of the two can commit suicide since she’s so “depressed.” The motivation that this gives Eugene to aggressively get the ingredients to make these pills is a moment that shows how his self-worth gives him confidence that he had not had before when he jumps the line in the supply area and takes whatever he wants from the woman who is supervising the rationing. But after he witnesses Dr. Carson get killed he realizes what the wives were planning on using the pills for and knows it is not worth risking the good situation he is in. “You’re a coward,” Tanya(Chloe Aktas) says. And he just agrees with her. He knows it but he’s been this way during the entire apocalypse so why try to change now? Negan comes by his room later to finally ask him where Eugene stands and he verifies his loyalty to him. Even going as far as to say that he always had planned to he just wanted to meet him. 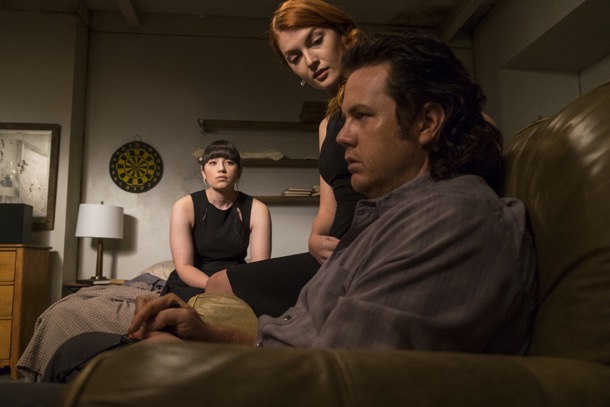 So where does that leaves us with Eugene? Obviously this a lot like Benjamin Linus back in the days of LOST where we were not sure about who his true self was. I think he’s turned. Eugene sees who has the better future outlook and after the strict lashing that Rosita (Christian Serratos) gave him back when I can easily see that demoralizing him and giving him reason to jump the Alexandrian ship without Abraham to reel him back in. Abraham was his only real friend that had been there for him– his protector–now he needs a new one. At the same time I COULD see it come down to a pivotal moment when this attack on the Savior’s happens and maybe Eugene has a change of heart hero moment. But maybe he won’t and this betrayal will earn him his death in The Walking Dead universe. 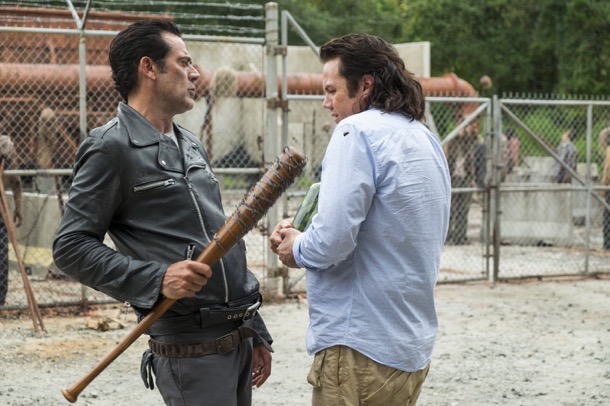