What’s up autograph fanatics! Ace here with a recap of the Tusk premiere…

Who is a fan of Kevin Smith? I know I am.

I am almost positive you have heard something about the film or at bare minimum seen the trailer.

My brother and I have been re-watching the trailer over and over again.

The film stars Justin Long, Michael Parks, as well as Haley Joel Osment. Justin Long was remarkable in Jeepers Creepers, so I hope he doesn’t ruin this film by trying too hard. He was successful in Jeepers because he was new, fresh, and natural… Now, Kevin Smith is definitely an amazing writer. Red State, hands down, remains to be among the most underrated films out there. It is pure genius. There is no way you can watch that film and not become a fan of Michael Parks. His performance in that film would have won him accolades left and right if it wasn’t such a controversial film.

We arrived around a half hour before they arrived. The carpet was fairly small and the event was open to fans that would put the time in to get a ticket. During the beginning of the carpet, there were only 8 fans. They proceeded to put out a barricade.

Genesis Rodriguez was the first to arrive. She immediately came over and signed 2 each for everyone, like the publicist claimed she would. 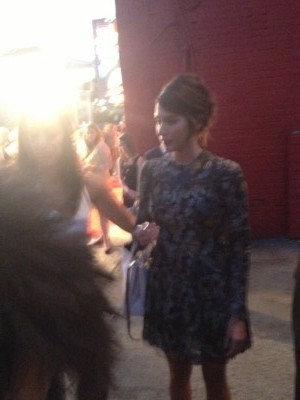 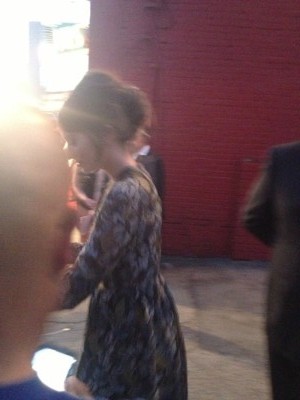 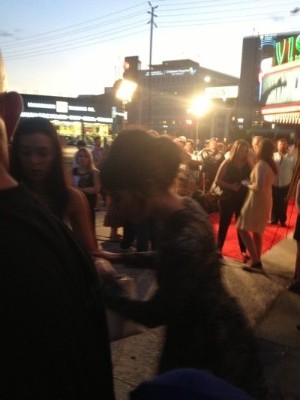 Haley Joel Osment was the next to arrive. He came over and signed, but I only wish someone had given him silver. Regardless, he signed my Sixth Sense and Pay It Forward. 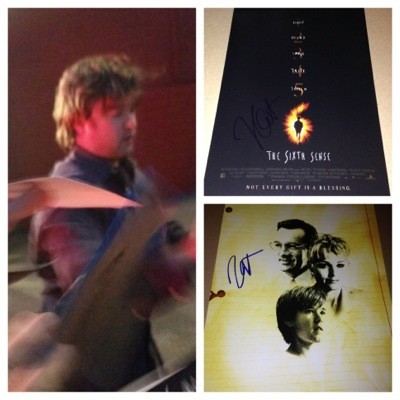 Justin Long dropped off next and walked over. I probably had the worst luck with him. I kept getting skipped and it wasn’t till the end where he asked if he got everyone, that he signed mine. I thought that was really nice of him especially when most just walk away. He made sure everyone got one. Class Act! 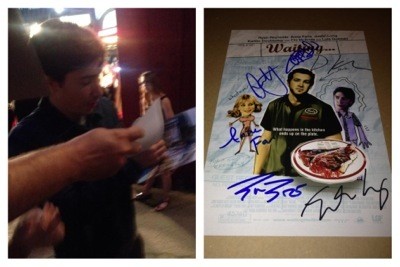 Kevin Smith comes over and it seems that the eight of us grew to double in size. As soon as the madness ensued, I backed off. He signed my Tusk poster and I wasn’t risking my other items to be damaged in the madness.

Shortly after, a lot of graphers that joined in the Kevin Smith signing fest backed off to look for “Johnny Depp.” What a laugh!

Moments after… the person I went to the premiere for, in hopes that he would show up, arrived. Unexpected. The legendary actor Michael Parks arrived. I panicked and pulled out my Red State posters as soon as I could. Everyone else was grabbing their Rodriguez and Tarantino cast signed items. We called him over and he slowly came over. He tried to sign everything. They kept telling him he had to go to the carpet, and he continued to sign. When Kevin Smith called him over, he said he would come back. We thought there was no way he would. It was remarkable. As soon as he was done with the carpet, he came back to sign more. He signed my Red State posters along with Tusk. Of course, I forgot to bring Kill Bill and From Dusk Till Dawn. Regardless, my signed Parks items were the highlight of the night. 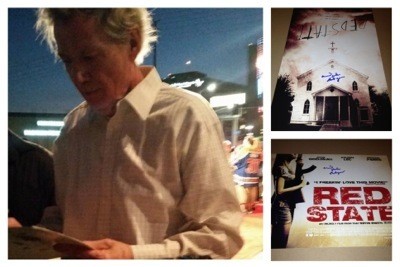 Later on, Jason Mewes and Harley Quinn Smith also signed my posters… They were both really nice and put a nice touch to the end of the night! 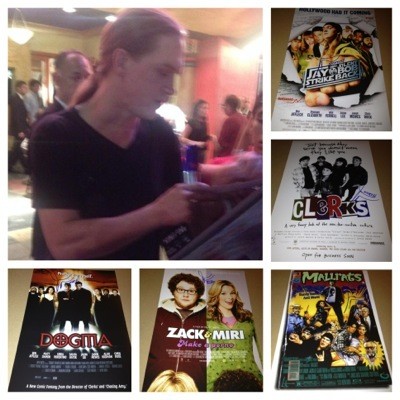 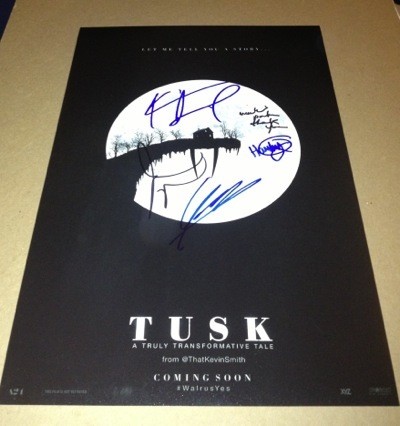