Lots of interesting starts and guest stars this week as Novembers sweeps begins!

Networks love to have interesting guest stars to spark a ratings boost during sweeps. The CW has a few interesting ones with Constantine making his first appearance on Arrow. He’s pitching in to help find Sara’s soul since they need her for the new series, DC’s Legends of Tomorrow. This is a rather unique crossover since Constantine was cancelled AND on another network. But since he is a DC character, they got Matt Ryan to pull out the trench coat and cigarettes out for a guest spot on Arrow.

The CW also scored Britney Spears for this week’s episode of Jane the Virgin. A fan of the show, Britney’s tweeted about it a few times and that lead to an offer to play an exaggerated version of herself on the show.

With Thursday Night Football over for CBS, they are turning on their usually Thursday night line up with The Big Bang Theory and My Life in Pieces moving from Tuesday and the season premieres for Mom and Elementary. 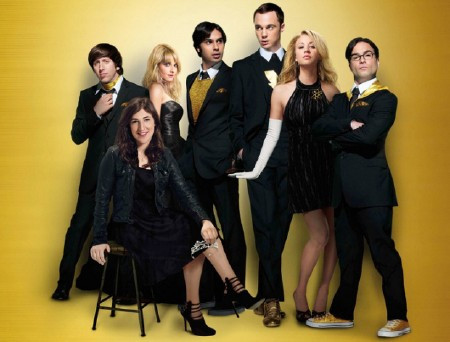 Aziz Ansari stars in a new Netflix comedy, Master of None. There’s lots of good buzz on this so binge it starting Friday.

If you missed U2’s latest tour, HBO will be broadcasting one of the Paris performances in U2: iNNOCENCE + eXPERIENCE Live in Paris.

Starz has a rare Sunday debut of its latest new show, Flesh and Bone. This limited series is raw and definitely not for kids who want to see pretty pretty ballerinas. Young and fragile Claire (Sarah Hay) tries out and lands a spot with one of the top ballet companies in NYC where life in the company is vicious and tough. The cast includes fabulous dancers, Tovah Feldshuh (The Walking Dead), Sascha Radetsky (who hasn’t aged since be played good guy Charlie in Center Stage). 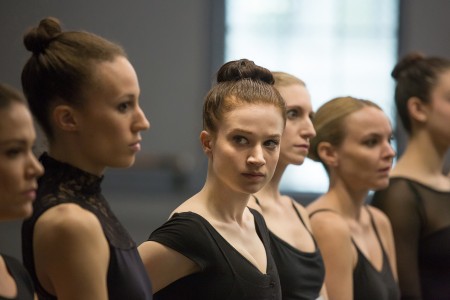 The number one show on TV got renewed? What a surprise. (Not.) More Walking and Talking Dead ahead! Even before Ash officially hit the airwaves, Starz renewed Ash vs. Evil Dead for a second season. More chainsaw mayhem ahead! Groovy! 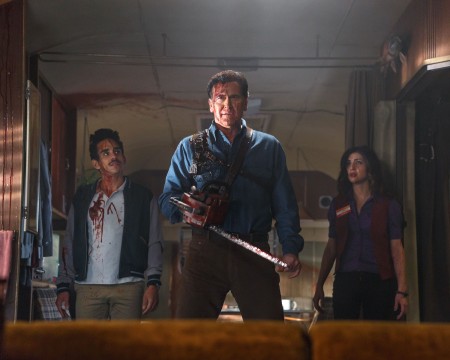 Limitless is getting at least a full season which puts it in a good position for a renewal. Longmire did well enough for its first season on Netflix that the streamer is ordering a second season.

Supergirl’s ratings dropped significantly in its second week. This probably isn’t a quality issue, but more about its neighbors as The Big Bang Theory is on the move so Supergirl didn’t have the benefit of airing right after. Still, ratings are solid so she may yet fly for the full season. 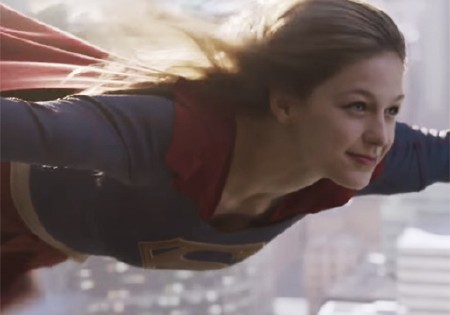 While ABC’s order of new episodes for The Muppets may seem like a good thing, they only ordered a handful of episodes so that they show is short of a full season. That pretty much says the show will not be getting a second season. Kind of a relief since the humor is rather mean which just doesn’t mesh with classic Muppets humor.

The odd Bones/Sleepy Hollow crossover provided a much-needed boost to both shows which are on the bubble for returning next year.

His Dark Materials, the much-loved book series by Philip Pullman, is getting a TV make over! After Hollywood failed to make a movie franchise with The Golden Compass (with Daniel Craig, Nicole Kidman, Ian McKellen and other A-listers), it seemed that any chance of a cinematic treatment of the other books was a dead idea. BBC has now announced that they are making a series out of the books, echoing what’s been happening with Cassandra Clare’s Mortal Instruments: City of Bones and Shadowhunters. It’s great that these stories are getting a second chance. It’ll be interesting to see what BBC does since this isn’t going to be a cheap show to make.

For those wondering what Jon Stewart will be up to now that he’s left The Daily Show, he’s doing something on HBO. First up will be something short and digital. The rest is unknown, but HBO has dibs for the next 4 years.

Black Sails will launch its third season on January 23rd. This will be the biggest season yet and we’ll finally get to see Blackbeard (Ray Stevenson) in action. 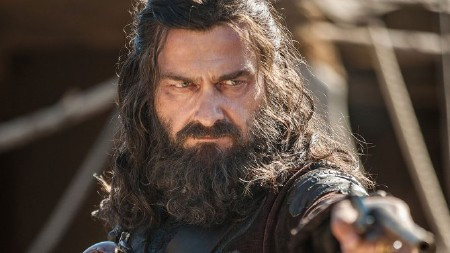 Oh that gum you like that will be coming back in style? Apparently it won’t be until 2017. Yes, Ijust announced their release year. While Showtime was hoping for 2016, they were always very cautious in saying there wasn’t a definitive date and it was up to David Lynch. Ergo, we now have a very vague date of 2017. Not a surprise, but disappointing anyway. 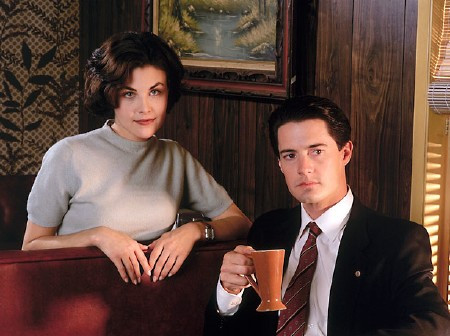