God Bless CB, he has very… interesting taste to say the least! Lol… Now, I like Jason Sudeikis, don’t get me wrong, probably not enough for me to leave the house, but you know it’s all good… lol… I’ve headed out for some random people before so it’s not surprising to see CB get all giddy for the host of the 2011 MTV Movie Awards, Mr. Jason Sudeikis!

Plus, I am looking forward to seeing Horrible Bosses! The trailer looks hysterical!

So… take it away CB!

NANANANANA CB, CB, CB! Today I’m pretty psyched because I am going for one of my favorites, JASON SUDEIKIS!!! I’m really excited because number one, He is the host of this years MTV Movie Awards and two, is in the new awesome movie, Horrible Bosses. I’m really excited for Horrible Bosses because he is working with Colin Farrell and Charlie Day, two actors I enjoy watching. Plus Jason Sudeikis guest starred on It’s Always Sunny in Philadelphia and if you haven’t seen it you’re missing out! Jason is a really nice guy, and I found this UK poster of Horrible Bosses with him and Colin. I also have a promo photo of him holding the VMA award as well. Let’s hope for the best and lets roll out!

6:10: We see a limo behind us, and then it backs up and goes all the way around. Weird! 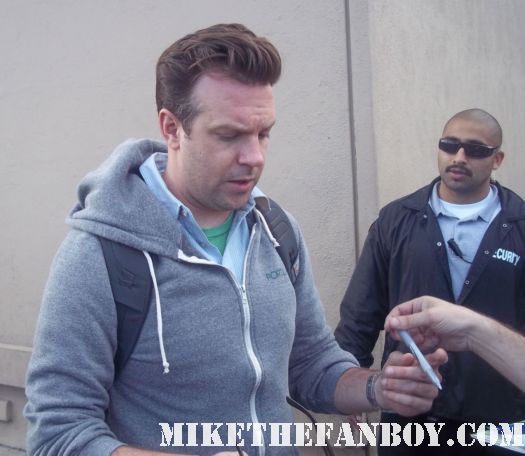 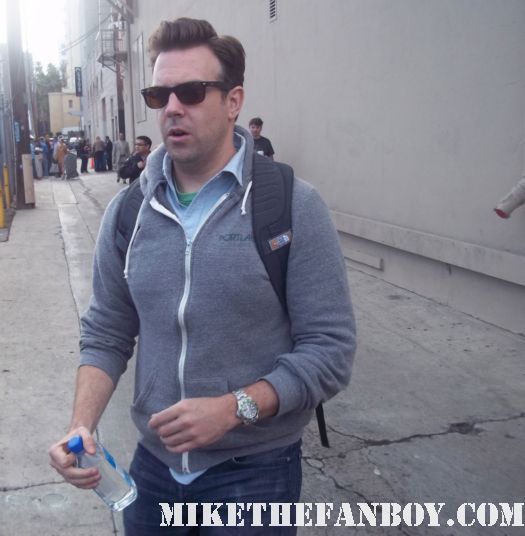 He signs and takes photos with the seven of us. Jason Sudeikis signs my poster and personalizes my promo photo. He’s a really stand up guy. We thank him and he heads back. 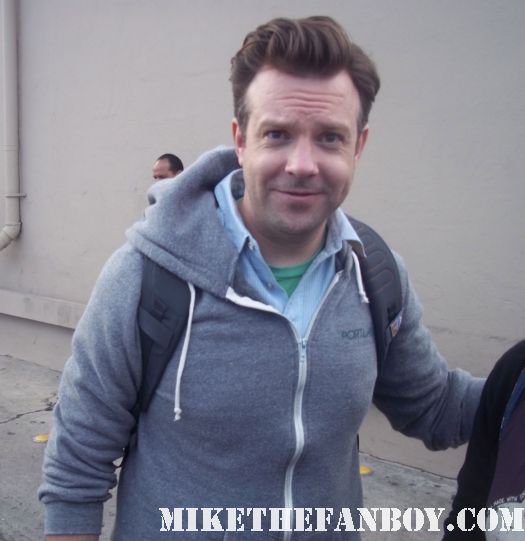 I knew Jason Sudeikis was a great guy, but he’s always been awesome to his fans. Check out Horrible Bosses and catch him on SNL…Until next time, same CB hour, same CB channel, same CB blog. KAAAAAPPPPPOOOOOWWWW! 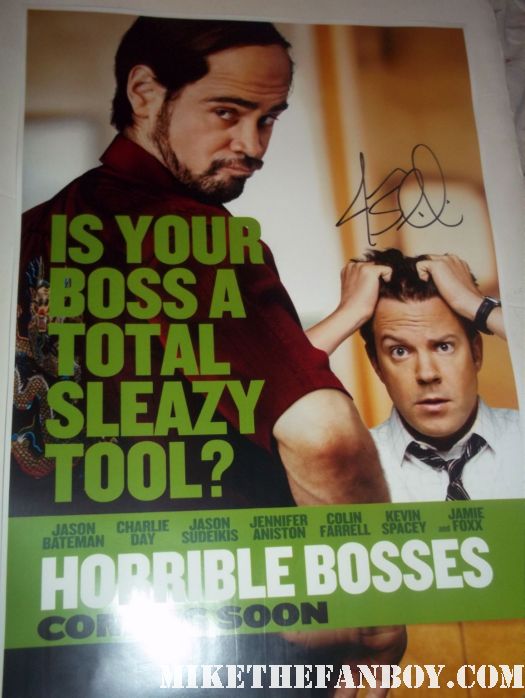