There are so many awesome films that are practically dismissed upon their original theatrical run only to find an audience later on… I’m looking at you Clue: The Movie, Almost Famous, Troop Beverly Hills, etc… The very definition of Cult Classics!

Take a look as jack talks about meeting some of the stars, loving the film and more after the jump!

Ensemble movies are both a blessing and a curse. Some directors like Paul Thomas Anderson (The Master, Magnolia, Boogie Nights) and Wes Anderson (Moonrise Kingdom, The Royal Tenenbaums, Life Aquatic with Steve Zissou) seamlessly succeed with taking well known actors and allowing themselves to completely blend in with their roles. Closely examine great ensemble pieces like The Magnificent Seven, True Romance, The Dark Knight, Heat, Sin City, LA Confidential, The Usual Suspects, etc. and you would honestly be shocked with how many well-known actors are involved once you start tallying.

However, when you have films with established stars who are in that awkward transition period like The Air I Breathe (Forest Whittaker, Kevin Bacon, Andy Garcia, Julie Delpy, Emile Hirsch and Sarah Michelle Gellar) and Powder Blue (Jessica Biel, Forest Whitaker, Patrick Swayze-his last role, Ray Liotta, and Lisa Kudrow), you spend too much time waiting for those actors to pop up in mediocre movies. But my favorite ensemble films are the ones primarily cast with relatively unknowns and the film launches their careers like Fast Times at Ridgemont High, Dazed and Confused and Wet Hot American Summer.

Wet Hot American Summer is one of my all-time favorite films for a number of reasons and when you take a look at the cast you can easily understand why: Janeane Garofalo, David Hyde Pierce, Molly Shannon, Paul Rudd, Christopher Meloni, Michael Showalter, Michael Ian Black, Elizabeth Banks, Ken Marino, Joe Lo Truglio, Amy Poehler and Bradley Cooper. As a result of this film, I became fans of the sketch comedy group The State and comedy troupe Stella. Obviously in hindsight it’s unfathomable to have assembled such a great cast, but it’s arguably one of the great cult comedies in the past 15 years. 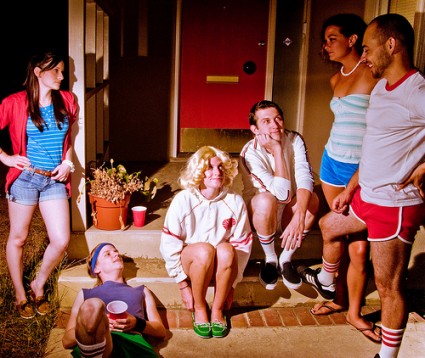 Directed by David Wain and co-written with Michael Showalter, the film takes place on the last day at a Jewish summer camp, Camp Firewood, where everyone has the opportunity to make one last impression before the big talent show. Camp director Beth (Garofalo) is trying to maintain her counselors as she tries to win over her neighbor, Henry Newman (Pierce), an astrophysics associate professor. Camp counselor Coop (Showalter) has a huge crush on Katie (Marguerite Moreau), but has an unfaithful boyfriend Andy (Paul Rudd), who is cheating on Katie with Lindsay (Elizabeth Banks). Susie (Poehler) and Ben (Cooper) are stressing out about producing and choreographing the greatest talent show ever. Gene (Meloni) is a shell-shocked Vietnam vet and camp cook, who terrorizes the camp kitchen with his crazy outbursts. Then there’s McKinley (Black), who hasn’t been with anyone all summer long and ladies’ man Victor (Ken Marino) runs into some woman trouble. 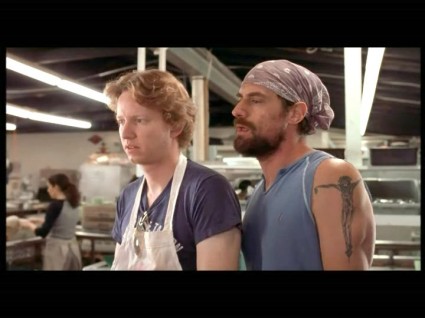 The chemistry between everyone enhances this film and allows viewers to embrace the surrealist situations that ensue. Just imagine The Marx Brothers meet Saturday Night Live, but with a Monty Python twist. As a result of the film’s popularity, a sequel has been in the works for years reuniting the whole cast (and is actually a nod to a reference in the film about reunions), but the plan is to now make a prequel instead of a sequel. 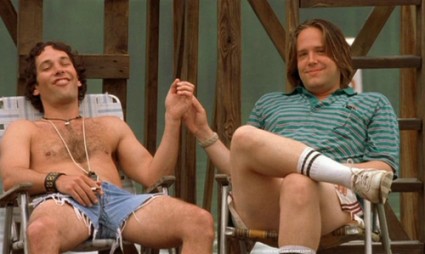 So far I have met four of the cast/crew from the film and two of them were by complete accident. While attending a book signing for Michael Showalter’s “Mr. Funnypants” at Book Soup, none other than Janeane Garofalo was in attendance while Showalter gave a reading. Afterwards, a few fans went up to her, including myself, to say hi and as far as I know I was one of the only people to obtain her autograph on my copy of Wet Hot American Summer (which is one reason why I always bring a Sharpie-just in case). 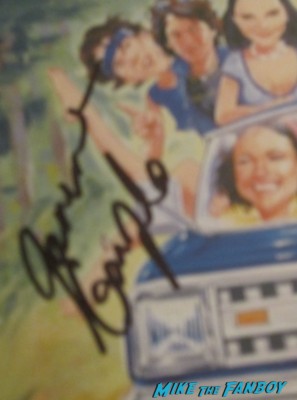 Shortly thereafter I had Showalter sign my DVD along with a copy of The Baxter, Stella Season 1 and his book. 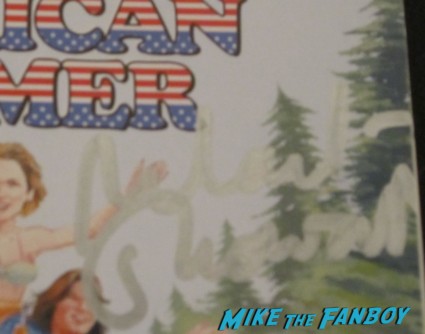 Sometime later I met Ken Marino (“Victor”) at a Party Down event and he was excited to discuss The State and Wet Hot American Summer. 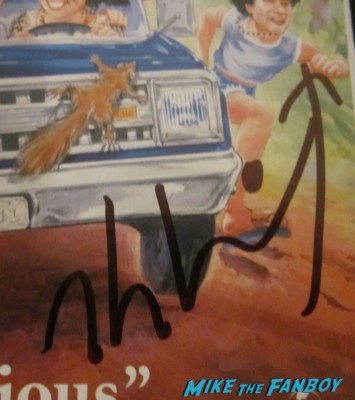 The last person I met was David Wain, when I saw the unedited version of Wanderlust at a special advance screening and discreetly exchanged a few words with him. Hopefully one day I will be able to meet him again.

So far I have not attempted to meet any of the other cast members, but I’m sure I will have plenty of good opportunities coming up. Until then, happy autograph hunting. 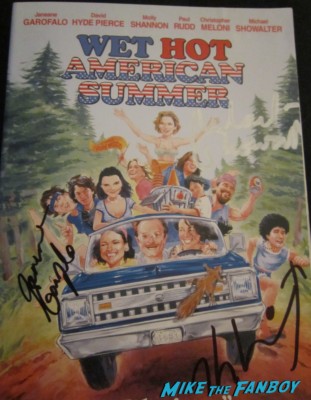