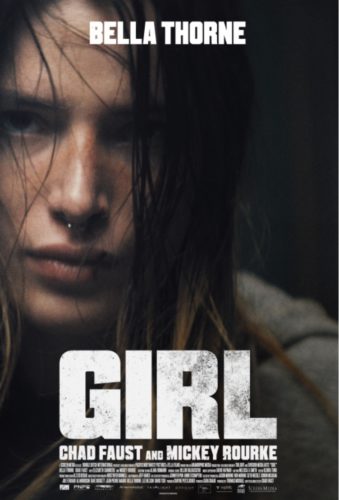 Disney damsel Bella Thorne provides a moving performance as the titular “Girl” with a menacing Mickey Rourke in this neo-noir. Bella Thorne gives her finest film performance to date and finds a fantastic film foil with Rourke.

An unnamed young woman and titular character (Bella Thorne) returns to her hometown hoping to exact revenge against her abusive father. However, she discovers someone killed her father and starts looking for answers. The sinister sheriff (Mickey Rourke) starts sniffing around and doesn’t like that Girl is uncovering a disturbing family legacy. 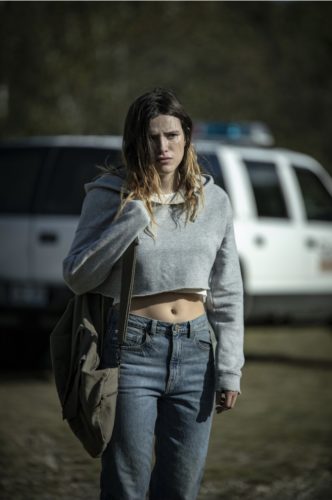 Superficial starlets are a dime a dozen in Hollywood so it’s always amazing when an incredulous ingenue starts stretching her acting abilities. Whether it’s the good, the bad or the ugly, you must take notice. Ever since fleeing her wholesome image, Bella Thorne echoes similar rebellious phases like Rose McGowan and Drew Barrymore did in the mid 90s, but like Miley Cyrus she is emotionally and creatively cultivating the image she wants fans to embrace unabashedly. Bella Thorne is escaping her comfort zone and wanting to be challenged. Following on the heels of “Assassination Nation,” “Infamous,” and “Chick Fight,” Thorne’s tricky trajectory teeters between bad acting and absolutely intriguing. When Thorne is not playing an attractive, annoying cliché character, she shines and such is the case with “Girl.”

Although “Girl” persists as a pretty generic thriller, Bella Thorne elevates her character with enough gumption and Mickey Rourke really brings out the best in both of their performances. Rourke’s revival seemed so short-lived after “The Wrestler,” but beautiful creepy character roles are what he should focus on completely and embrace being a character actor. From his first arrival on screen, Rourke sent shivers down my spine and absolutely makes an immediate impact with his slimeball sheriff. He reminds me of the classic cult characters from the 1970s grindhouse and drive-in movies. He’s despicable, dreadful and somehow delightful all at once, illustrating Rourke can continuously capture your attention when picking the right role. Sadly, both these performances go to waste despite the compelling cinematography highlighting them thanks to a short-sighted storyline by writer/director/co-star Chad Faust. 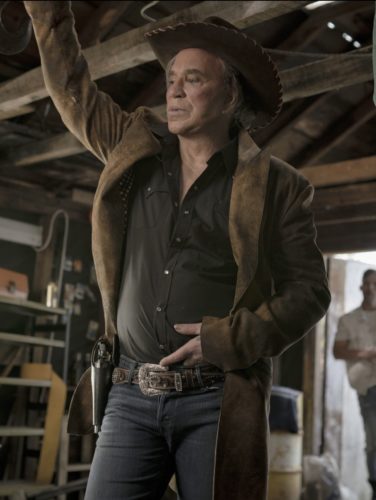 For the second time this year, I can’t recall another time of a terrible triple threat coming in short succession. Filmmakers Christopher Guest, Jon Favreau and Sydney Pollack perfected the concept of writing/directing while occasionally providing themselves with a small supporting role, but that doesn’t mean everyone can. Some occasionally give themselves starring roles, but sometimes it’s best to focus on the story itself instead of doing it all. As an actor, Chad Faust was completely forgettable until I double checked the credits. Sadly, I felt frustrated the film felt pretty generic and didn‘t fully embrace the psychotic, thriller and revenge storyline. It could’ve gone full tilt to truly transform into something beyond a superficial genre-film. If you like Mickey Rourke or Bella Thorne watch, otherwise it might be best to focus on a different “Girl.”

In Theaters November 20th and Available on VOD November 24th