As you all know, I love me some Tim Burton! I love him! I am a huge fan of directors in general but there are some that are leaps and bounds above others. Tim Burton is one such rare individual. He has kept his vision no matter how dark or twisted, he has brought to life such interesting and unique characters; he’s changed the face of cinema.

Many of us can’t think of a time that didn’t have A Nightmare Before Christmas in it, however before Tim Burton Disney wouldn’t have put something like that film out. I’m going on I know, but it’s true.

Tim was out and about doing a rare q and a for Frankenweenie at a local theater and I had to go. I have a stack of things for him, but I really want my Sleepy Hollow mini poster and Batman Returns mini poster signed. 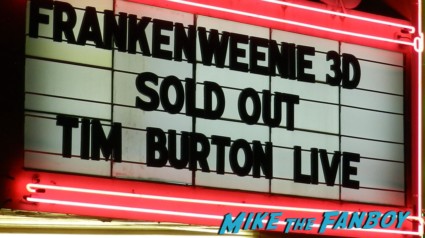 Sleepy Hollow is already personalized and has Christina Ricci, Johnny Depp and Miranda Richardson already on it. So, I would love to get it personalized by Tim as well. Sigh… The Batman Returns poster I don’t have anyone on but I have Michelle Pfeiffer on her Catwoman individual mini poster so I thought I would get Tim on the logo mini poster and then can get Michael Keaton on his and Danny DeVito.

I met up with Jack who also showed up with a stack of DVD covers once again. Kidding, I’m kidding… He only had two. Scotty brought his Big Fish DVD and an Ed Wood laserdisc.

We all waited and chatted. There are about 15 or 18 people… Honestly, it’s less than I thought so… It could be good. I’m not expecting much. I’ve met Tim Burton before and he’s always been nice but I just didn’t have a great feeling about this today… I dunno why.

I heard the Oscar luncheon today was horrible and people got mean. I have no idea, I’m just glad I wasn’t there. Tim Burton was there and didn’t sign plus his hand is in a sling. Doh! Never a good sign.

So the theater security wanted to get a photo of Tim in front of the marquee and were trying to figure out how to do it. They put up a makeshift rope barricade at the last minute.

We see the car about to pull up so everyone scrounged around for spots. Tim Burton drops. 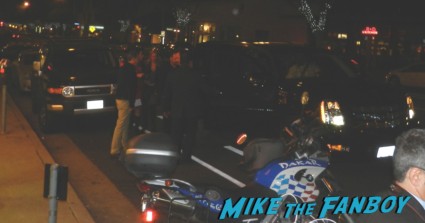 He gets out of the car and heads right on over. 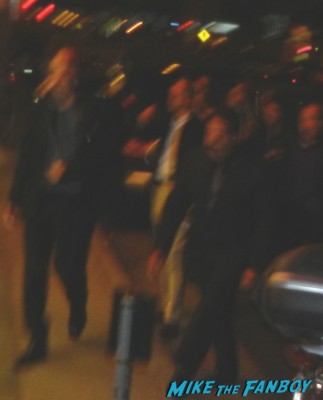 I mean nice as can be. Now, I need all my stuff in silver, it’s Tim Burton for God sakes every poster for every one of his films is dark! So, he signs in blue. Dammit! 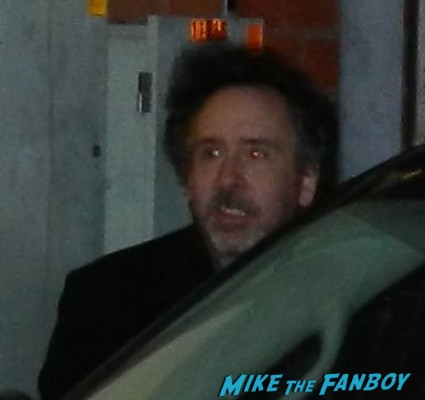 He signs a ton and I wait and then ask him to sign my Sleepy Hollow poster, but I ask him to sign it to Mike. He stops, takes my silver and actually gives me a nice autograph considering he was mostly signing “TB” on everything. I’m super happy! This is the one thing I’ve wanted signed for a while. 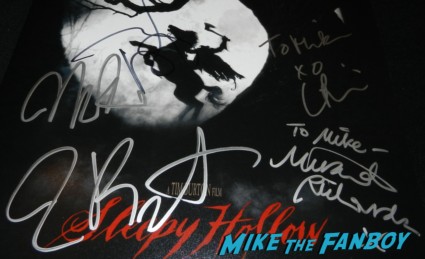 Then he signs some more and I put my Batman Returns mini poster out and he signed that no problem. Sweet. I also had a Dark Shadows DVD cover and Tim signed that too. I was like damn… I should have brought more!

Scotty got his two things signed, but he wasn’t happy because the signatures were not that great on his stuff. Sorry bro. Scotty’s been sad lately, I feel like I need to give him a pep talk… LOL… 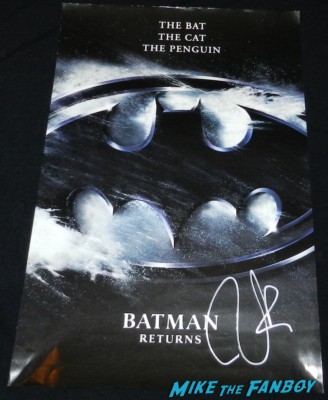 Jack didn’t get one! Totally got the shaft! (Tim did sign on the way out so Jack got one after all but it was worse than Scotty’s! LOL)

Anyway, it was a nice night. I got to hang, it wasn’t that insane, and anytime you can meet one of your idols, it’s pretty damn awesome! 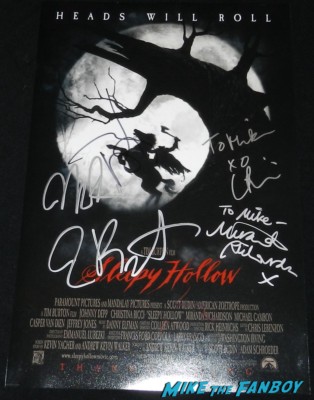