Oh no! Fanboy Fail Friday! This week our own resident red carpet walker Ms. Pinky Lovejoy is talking about missing Ethan Hawke… By this much. In case you couldn’t tell, “this much” is only by a few minutes. Doh!

We all love the stars of the 1980s and 1990s and Ethan is a really cool guy. It’s funny but I seem to have the same kind of luck with Amy Adams these days. LOL…

Check out Pinky’s Fanboy Fail Friday after the jump!
M-

Hello, my lovelies. Pinky Lovejoy here to talk about my latest unicorn – the one and only Ethan Hawke. Now, I’m a HUGE HUGE fan of Ethan’s and have loved him ever since he won my heart as the sensitive slacker, Troy, in Reality Bites. His movie trilogy – Before Sunrise, Before Sunset, and Before Midnight – are so amazing that I don’t think I’ll ever tire of watching them. 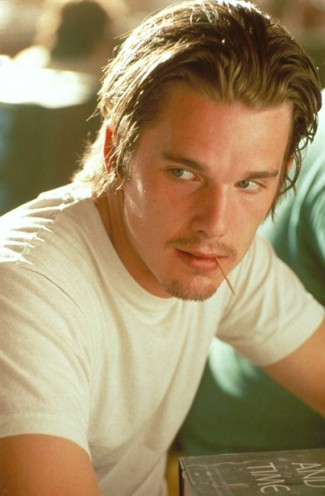 The fact that he co-wrote them is just icing on the cake. He’s such a renaissance man and I’ve wanted to meet him ever since I first saw Before Sunrise, which was the very first Sundance Film Festival movie I ever saw in 1995. I totally thought he’d be at the premiere way back then, but, alas, he wasn’t. As you might recall, my entire goal of the Sundance Film Festival this year was to finally meet and get a picture with Ethan at the long-awaited premiere of Before Midnight, but, sadly, he didn’t show up (I *may* or *may not* have almost cried I was so bummed. Don’t judge me). Of all the premiere appearances he’s made for the film, I’m pretty sure that was the only one he’s missed. WHY?! Why?!?! Why??? 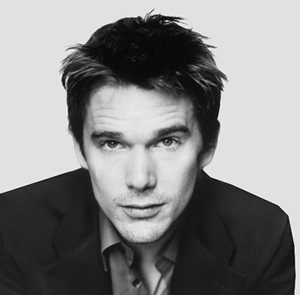 A few weeks ago I was waiting for our flat tire to be fixed in the middle of Georgia when I overheard this horrible news being announced on TV: “Ethan Hawke will be a guest on a talk show this week.” Why was this horrible, you ask? Because I was across the country attending a wedding and knew I wouldn’t be home in time to see him. Sure enough, his appearance was the same day I was scheduled to arrive home (only my plane got in too late to make the show). Curses! Still, I was hoping in vain that I could find him somewhere after the show. Once my plane landed, I hurried over to a premiere he was at hoping he might stop on the way out. Sadly, no. He just drove by. Now, here’s the worst part of this: I have NEVER even seen Ethan in person after all this time. I feel like I’m always going out to try to meet him, yet I’ve never even seen him. I didn’t even see his shadow in the car. Boo! 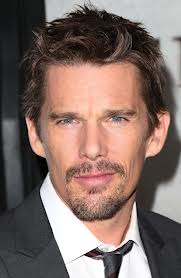 So, this past Monday I saw a Tweet in the morning that said, “Ethan Hawke and cast will be attending a screening tonight…” Although I had no plans to stay in town, I grabbed Keith after work and we went to try to meet Ethan (Keith, of course, knows of my desire to meet Ethan, as he had to hear all about how I was going to miss the talk show appearance while we were in Georgia). As the time got closer to the premiere, it was looking good, like we might have a shot at his coming over to greet the fans. There wasn’t a big crowd and the other cast members had come over thus far. That’s when it happened: A picture of Ethan showed up online. A picture of him at an event. In New York. THAT SAME NIGHT. Curses! Looks like I’d missed him again. Why oh why does he elude me so? 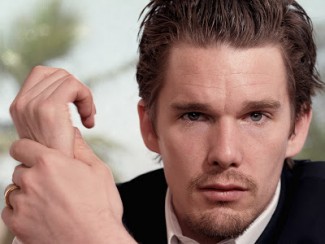 Hopefully one day my curse will lift and my unicorn will appear. Universe, please bring Ethan Hawke to me. I beg you. 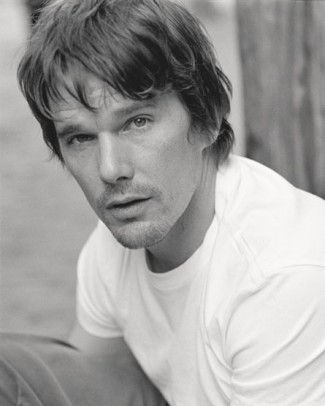