Woo to the proverbial hoo! I was super excited because I asked Rachel to write a quote from Mean Girls and it’s taken me a long time to get it done!

Spotlight is one of the films expected to garner several Oscar nominations. The film is a look inside the team who uncovered the Catholic Church and the coverup of the sexual abuse of the clergy members.

I was treated to a screening as well as a q and a with cast members Rachel McAdams, Mark Ruffalo, Live Schreiber, and director Tom McCarthy. Surprising the guests was the original reporter, Sacha Pfeiffer who Rachel McAdams plays in the film.

The q and a was great. The cast genuinely loved this film and bonded during the filming. 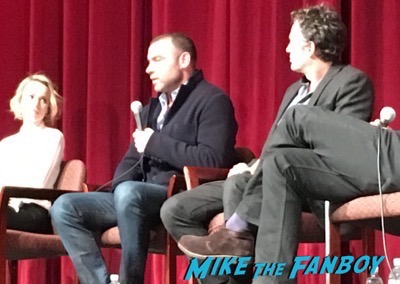 The cast talked about playing real people and the challenges that presented.

Mark Ruffalo said, “I like it, it’s really… You’re walking a tightrope a little bit and you have to service the integrity of the material you’re working on. But you also have the enormity of the issue and the person you’re playing. You still have to have discover and spontaneity and can’t be boring. I don’t know why, but I keep playing these people. It’s daunting. It’s that one more level of danger, that I’m attracted to.” 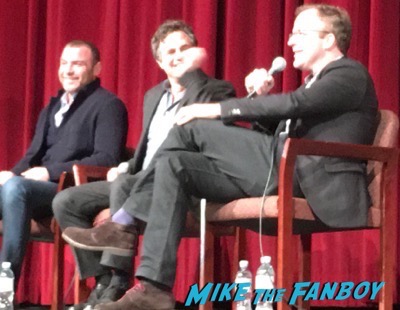 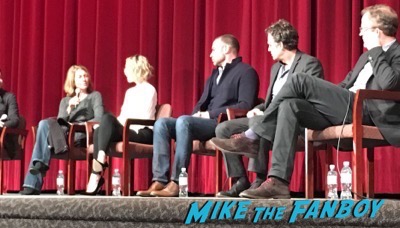 Director Tom McCarthy talked about being an actor and how it affected his directing style.

“It’s a great job directing, you get to collaborate with so many wonderful artists. One of my favorite parts of the job is working with actors. Being an actor you have a certain amount of empathy for actors. If I use the three people on the stage and the ensemble, but you also have the other actors in the film, like Billy Crudup, etc… It’s like playing different instruments and it’s really exciting.” 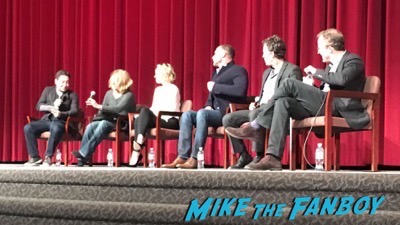 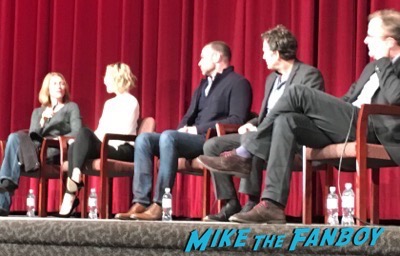 Tom added, “One thing I learned working with Rachel, is that she’s an incredible listener, she’s so dialed in and so is Sacha Pfeiffer. Liev is always thinking, I don’t know how he does it, but the wheels are always spinning. With Mark, it’s a physical transformation. When he gets to set, I could see him tighten from the sphincter up. It’s amazing.” 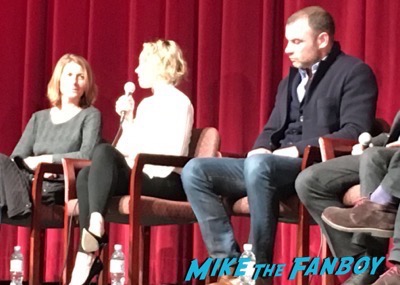 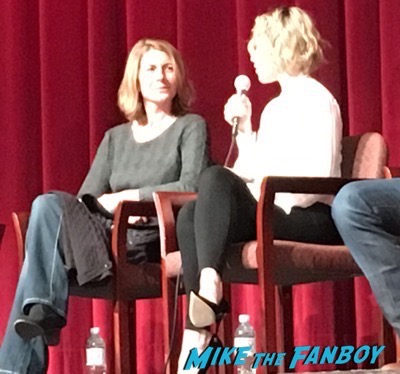 The real Sacha Pfeiffer jumped in and asked Liev a question saying that he only had about two hours with the person he was playing and how he was able to capture so much in his performance.

“There wasn’t a lot going on you know?” He said with a laugh. “I did what I saw. He’s a… Marty is a remarkable guy. Not just knowing what he’s done or accomplished as an editor. I just sensed when I walked in there he was saying, ‘the guy from Ray Donovan is going to play me.’ He’s incredibly intelligent and accessed me within 15 seconds of me walking in there. I know when people are doing it and he was good at it. It was very quick. He committed immediately to total generosity, because he knew that if this film was going to be any good, he had to give everything. He makes decisions very quickly and then sits in them.” 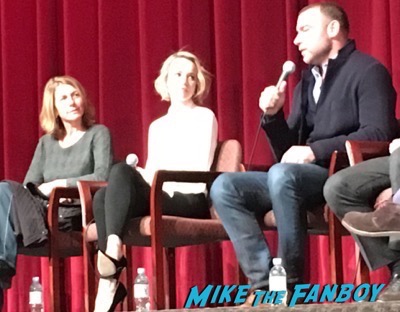 After the q and a the cast was getting rushed out fairly quickly. I was determined to try and get Rachel McAdams to sign my Mean Girls poster. I’ve been working on this poster for a better part of eight years and most of the cast has written a quote. That’s really hard to get in a more rushed setting or a premiere. Rachel is a fairly big star so it’s tough.

There was a few people who went up to the stage and I was able to catch Rachel’s eye first. I asked her if she would mind signing really quick and she was like, sure!

I said, “Can you please make it to ‘Mike, stop trying to make fetch happen!’ She was a tad taken aback and had to repeat the quote back to make sure she remembered it, but was nice enough to write it all out for me. I was stoked. She signed a couple more and did a couple selfies and was rushed out. 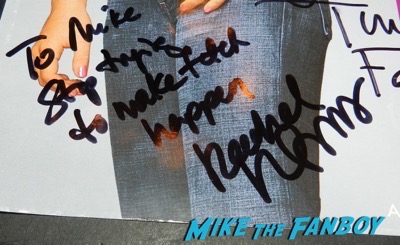 Sadly, Scotty, who came with me wasn’t able to get her. He did get Mark Ruffalo though, so that was good!

I am so excited. The poster’s almost done and it’s been a bit of an odyssey to say the least!

Until next time kids… Stop trying to make fetch happen, it’s not going to happen! 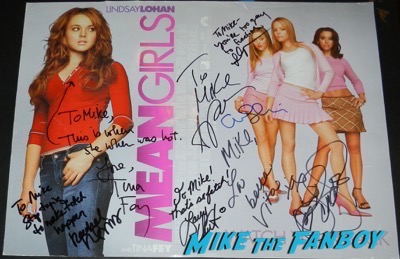