Home / Fanboying! • James • Year End Lists / James 2013 Recap! The Most Fan Friendly Celebrities On The Other Side Of The Pond! Anna Kendrick! Jennifer Lawrence! And More!

I’m sure you’ve all seen our top 10 best and worst autograph signers, but things are very different on the other side of the pond! James has put together a list of his best encounters over the past year and it’s amazing how a lot of things differ in one area over the other!

The end of 2013. It can only mean one thing, time to do a review of the past 12 months. I still can’t decide whether this year has been better than 2012; last summer I had the best week of collecting fun during the Olympics, and some pretty awesome moments, but this year has had its fair share of good times!
Some of the highlights..

1) Anna Kendrick. Getting a photo with Anna was top of my 2013 wish list – after a tediously long wait of her being in London to film Into the Woods I finally met her during London Film Festival. And she was awesome! All was good in the world! 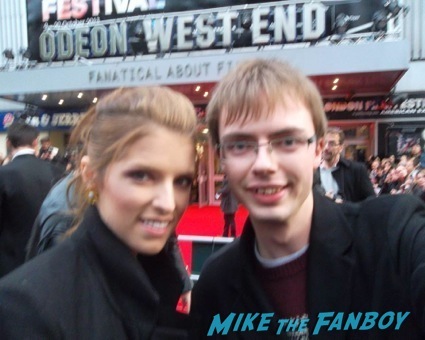 2) Usain Bolt. Athletics is the biggest part of my collection, although I rarely write about it since no one else really shares my interest. Usain Bolt is quite possibly the greatest athlete of all time (with the exception of Carl Lewis), and is undoubtedly the most famous at the moment. After many years of wanting to finally meet Usain, I did in July. Also met some other athletics legends for the first time this year, including Meseret Defar, Kenenisa Bekele, Asbel Kiprop, Andreas Thor kildsen, and a whole host of 2012 Olympic medalists. 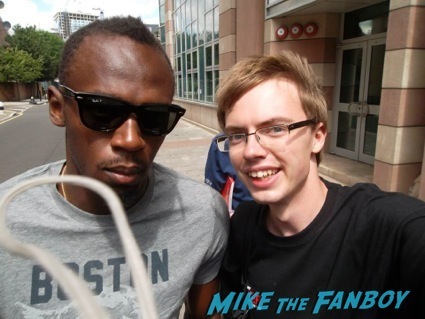 3) Tom Hanks. Need I say more? Legendary actor and I was very lucky to get his autograph during London Film Festival as he didn’t sign many at all. 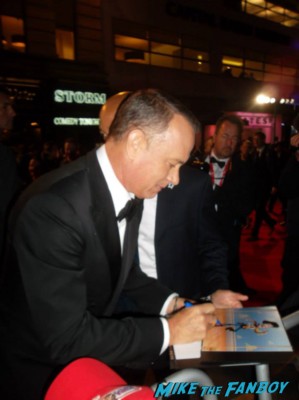 4) Rowan Atkinson. Mr Bean, my favourite childhood programme; after about 9 failed attempts in the past finally met Rowan (twice) this year!

I think the only person who has been in London this year who I would have expected to get who I didn’t is Bradley Cooper. Four attempts, four misses. I’m cursed when it comes to meeting him!